Eggnog is the addiction to new year

Rich in milk, cream, and whipped egg whites eggnog is surely the beverage for new year. 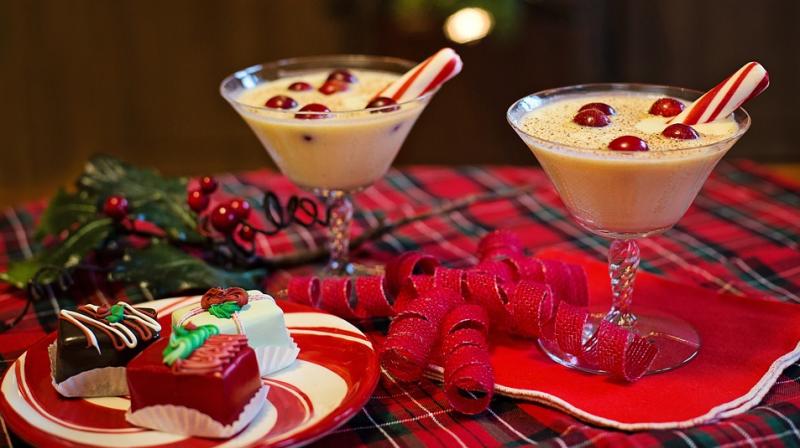 Eggnog is cold and sweet beverage consumed as a riff on classical French vanilla ice cream or custard.

Have you ever wondered what exactly makes eggnog such an enticing treat between Christmas and New Years?

Eggnog, egg nog or egg-nog, historically also known as milk punch or egg-milk punch, is a rich, chilled, sweetened, dairy-based beverage. It is traditionally made with milk, cream, sugar, whipped egg whites, and egg yolks. In fact, eggnog dates back decades, and it was often consumed as a riff on classical French vanilla ice cream or custard.

"It's like ice cream. It's cold, and it's sweet, and it tastes good, especially when you haven't had it for 10 or 11 months," Steven Young, a consulting dairy and food technologist told CNN.

Ice cream mix consists of cream, milk and sugar, and it is very thick before it's whipped and frozen because there's no air in it. But the thickness is perfectly suited for making eggnog, as it allows the mixture to be stable enough to tolerate being diluted later with alcohol, ultimately giving it a mouthfeel and flavour that is compatible with what you are looking for in the final product.

Alternatively, rather than drawing off a classic ice cream mix, companies may create an eggnog beverage from whole milk that is heavy and thick enough to withstand the rigours of ice as well as alcohol.

An ingredient known as pasteurised sugared egg yolk (which is also used in French vanilla ice cream mix) is added to the milk, acting as a source of eggy flavour and colour. The mixture is then heat-treated to ensure that it is safe to consume.

Some companies sell eggnog bases, which are pre-formulated mixtures of ingredients with specifically designed flavour qualities. These mixtures can be incorporated into milk or an ice cream mix, and they offer manufacturers a convenient, efficient and microbiologically safe way to produce large-scale quantities of eggnog.

These mixes can also be formulated to be compatible with specific varieties of eggnog, for example, reduced fat or fat-free milk-based nogs or plant-based nogs, such as soy, almond and cashew.