The new Youtuber in Town 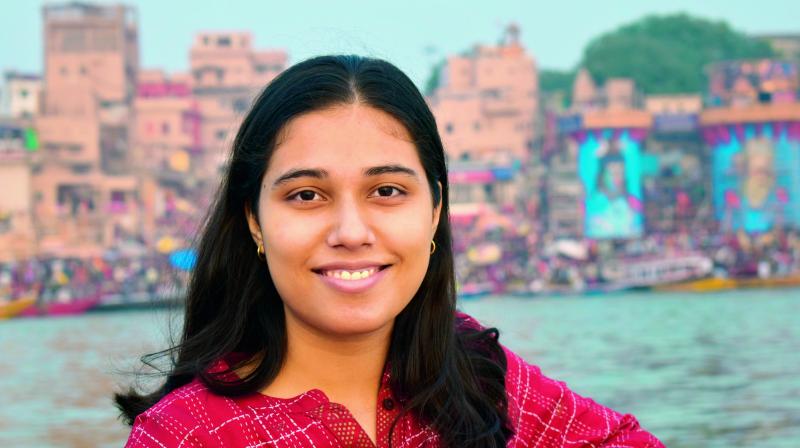 Saloni’s twitter account has 98.3k followers and this charming college student’s impersonation of Kangana Ranaut who she wickedly calls Kangana ‘'Runnout’, has earned her 34.7k likes on Twitter. “I hope she likes it too. I have seen Queen multiple times and I believe Kangana is a great actress,” she quickly adds.

It is Kangana, who by default paved the way for Saloni’s foray into comic videos. “I used to mimic her in school and my friends loved it,” she concedes. This youngster straddles dual worlds. She studies economics and political science by day at her university and recedes into her hostel, to make comic videos. “Initially I only did voiceovers but one day a random video I made went viral and my friends suggested that I should show my face. So I bought this wig from Amazon as a part of my get up and everybody loved it. Everyone was making videos. When I joined insta I noticed that Mallika Dua was making videos. I did not know how to channel my thoughts into a video. My brother Shubham, who has appeared in Amazon Prime’s Hostel Days and he’s a Youtuber, guided me.”

And that is how the demure housewife with fierce views became an instant hit. And the biggest high for her was, “When Kusha Kapila messaged me after seeing my video. I was on cloud nine that day,” she says.

Nazma Aapi airs her views nonchalantly on everything from panic buying post corona virus to a desi mother-in-law’s views post lockdown. Like actress Sonam, who Saloni recently impersonated and even got an appreciated response back, the young sensation has the ability to laugh at herself. Recounting an older video on Delhi’s air pollution, she laughingly admits, “I look very poor in that video. I stay at a hostel in Delhi. I opened the door, it was so hazy, I just woke up, did not wash my face, used my phone camera and started shooting. I look so pathetic.”

You’ve got to hand it to Saloni. She exudes remarkable self confidence when she says, “People ask me why I don’t apply make up? So when I mimicked Sonam I put on the best kurta I had, to do justice to Sonam as she is a fashion icon. But Nazmi aapi does not require a makeover,” asserts the girl who also doubles up as the background guy who comments in her videos. I am the guy in the background, I can imitate Jimmy Shergil too, so decided to do the male voice over.”

Saloni who hails from UP modestly states she is not famous in her hometown but wickedly adds that her relatives are wary of her as she might just mimic them. “My nani refuses to speak in front of me as she is afraid that I will imitate her also,” she laughs.

Saloni happily admits that none of her videos have generated any hate mails or comments. “I am very balanced and take care not to offend anyone in my social commentary.”

The future looks bright as Saloni is currently doing collaborative videos and ads and will be venturing into radio soon. Speaking about the process of creating, Saloni says that working on filmi impersonations does not take time but when she dons the garb of Nazma Aapi, it takes her 2.5 hours to work on the script and shoot. “My parents are supportive. They told me to not target anybody and that is something that I am cautious about. My brother too was very supportive.”