A festival celebrating 70 years of diplomatic ties with Thailand

A long and varied ‘Festival of India’ will be held in Thailand, to celebrate the 70th anniversary of diplomatic relations between the two nations. 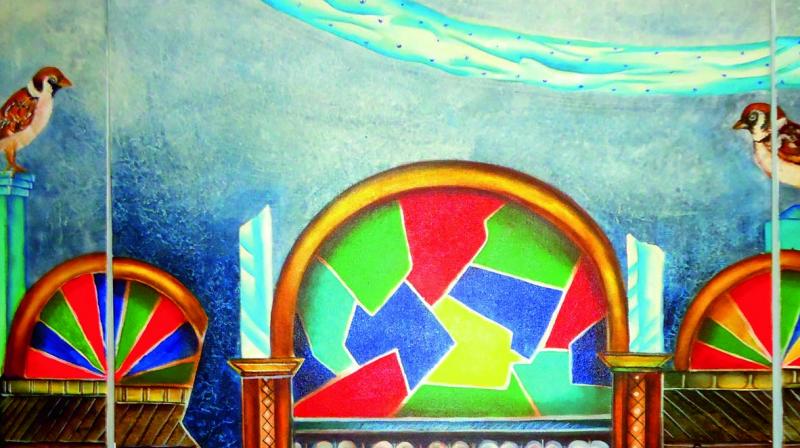 A long and varied Festival of India will be held in Thailand, to celebrate the 70th anniversary of diplomatic relations between the two countries.

“This festival will act as a refresher to the people of Thailand, especially the new generation, of our age-old friendship” said Bhagwant Bishnoi, Indian ambassador to Thailand.

Deputy head of mission, Ramu Abbagami, stated that the festival took more than six months to formulate, with the support of many state governments and Central ministries.

New Thai ambassador to India  Chutintorn Sam Gongsakdi stated that the festival would certainly give a boost to tourism in both countries.

One of the early events at the Festival, is a Bharatanatyam dance-drama on the life of Krishna, entitled “Shri Krishna” on September 2, by the Sri Bharatakala Dance Academy of Chennai.

They will give a second show in the hill-town of Kanchanaburi, three hours from Bangkok.

September and October will see a sumptuous spate of food festivals from different states of India, at the Festival of India.

A talk on Ayurveda and Exhibition of various ayurvedic oils, powders, drinks are an important event to be held at the well-known Queen Sirikit National Convention Centre on September 25-26.

One of the unique events at the Festival, is a Language Seminar entitled “The Influence of Sanskrit and Pali on South East Asian Languages, with Special Emphasis on Thai” at the top Chulalongkorn Varsity.

This will be attended by Thailand’s popular Princess Mahachakri Sirindhorn, a Sanskrit scholar herself. Among the distinguished speakers, will be her Sanskrit guru Prof. Satyavrat Shastri.

Another special event at the Festival of India, will be a Seminar on “The Thai Language in India”, and will feature members of the TAI community in India, who live in the northeast part, like Assam. Their ancestors are supposed to be from Thailand, and they speak a dialect of Thai called “Tai”. The group of 18 Tais from Assam, will also perform many of their local songs and dances, at the  important Mahachakri Sirindhorn Anthropological Centre .

The most important artiste to perform at the Festival of India in Thailand, is L. Subramaniam, on November 4.

It will no doubt be a sold-out show of a prodigious artistes who has a lobal following, thanks to his amazing mastery of both classical Indian, and Western rhythms, as well as fusion forms. This is his first performance in Bangkok.

A grand art exhibition, featuring some of the top contemporary Indian artists, will be held from September15-October 1, at the prime Bangkok Art and Culture Centre .

The unique Theme of the exhibition is “India at 70”, and it is curated by Gargi Sethi who has organised similar art exhibitions at other overseas Festivals of India.

Among the artists whose works will be on display, are well-known names like Anjolie Ela Menon, Jatin Das, Ramesheshwar Broota.

A Buddhist sculpture exhibition, with more than 70 grand images of Buddha, both from Thailand and India, would be on display in December, at Bangkok’s National Museum. The Indian sculptures are being loaned by New Delhi’s National Museum.

A very special event at this year’s Festival of India, will be an aerobatic display by the Indian Air Force’s famed “Sarang” helicopter team.

Their breathtaking aerial antics are sure to excite Thai audiences.

Last but not the least, would be a long spate of yoga and Bollywood workshops, with many local gurus, schools, clubs, to be held at an open-air park from November all the way to January.

After all, both have proved to be extremely popular in the city.

All in all, a holistic Festival of India in Thailand, that should further cement the 70th year of friendship between two close neighbouring countries.