Contemporary times through art of puppetry

Founded by Dadi Pudumjee, the group aims to make puppeteering more popular and as a great source of entertainment. 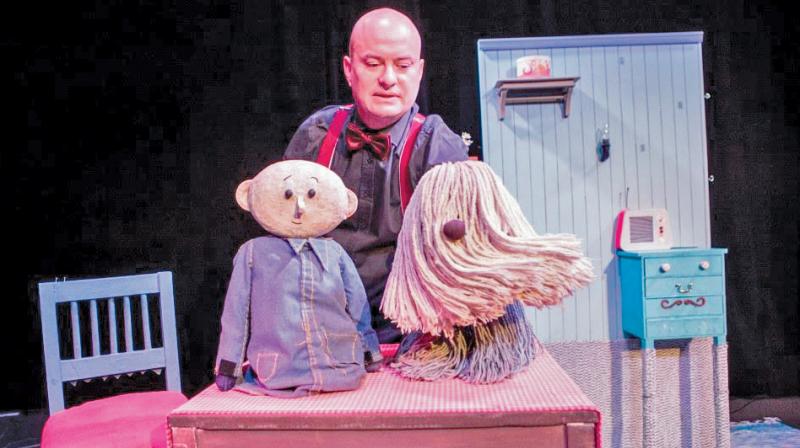 International puppet theatre festival will take place in Delhi from February 3 to 10.

All the world’s a stage. And all the men and women are merely players, said Jacques to Duke Senior in Shakespeare’s As You Like It. And living by this phrase is the Ishara Puppet Theatre Trust, which celebrates its 30th anniversary this year with the 15th Ishara International Puppet Theatre Festival.

This year the festival will take place from February 3-10, at the Indian Habitat Centre in New Delhi, Auditorium-Artemis Hospital Gurgaon and the Tagore Theatre, Chandigarh.

Produced by Teamworks Productions, the festival promises to be more spectacular with a mix of traditional to modern forms of puppetry, ranging from rod to string puppets. The festival also includes mixed performances with dance, theatre and music.

Alongside the best talent, India has to offer, puppeteers, artists and performers from across the world will come together to celebrate the art of puppetry.

Founded by Dadi Pudumjee, the group aims to make puppeteering more popular and as a great source of entertainment. “Through the medium of our performances, we try to depict real-life instances and situations”, says Pudumjee.

So we have Apples & Oranges, where we will have three clowns and a puppet wittily engage with each other and the audience, highlighting the tolerant/intolerant times we live in. This act is inspired by the words of Rumi and Timothy Keller.

The Story of the Little Old Man is a Swedish act performed by Marionetteatern where the much-loved tale by Barbro Lindgren comes to life. Our hero is a lonely, little old man who lives in an unfriendly town.

One day, he meets a big, loveable dog, whose companionship changes his life forever. Later, the friendly dog makes a new friend, and the little old man worries that his four-legged pal will soon forget all about him.

From Afghanistan/ Germany, we have The Merchant and the Parrot, which is based on Rumi’s work. A merchant is known across the land for his talking and singing parrot. One day, the merchant visits India on business and asks all what they would like as gifts from there. Everyone wants exotic and rich things like silk, jewels and more but the beautiful parrot, when asked, says her gift is a message to the free parrots of India.

From Iran, there’ll be “Tayareh’s Itinerary” using string puppets. Puppeteers from Palestine are taking part for the first time, and they have come up with Home, Sweet Home. Using a mix of English and Arabic language, the act is based on two traditional Palestinian folk tales. We see a seven-year-old physically challenged boy, with whom the other children don’t like to play with because he’s different from them. His mother gives him an old book to read, and he’s then magically transported to Wonderland, where he has many happy adventures with new friends. This heart-warming parable is sure to warm the cockles of your heart.

The acts remind one of happy, fun-loving stories from Panchtantra. Few acts also address the importance of conserving nature. The Indonesian show The Theft of Sita, depicts the exploitation of nature, where the puppets are trying to save the environment from being destroyed and battle dangerous adversaries.