I'm an intuitive dancer, says Terence Lewis on his journey in Bollywood

As his dance show releases on an OTT, Bollywood choreographer Terence Lewis talks about contemporary dance and the challenges 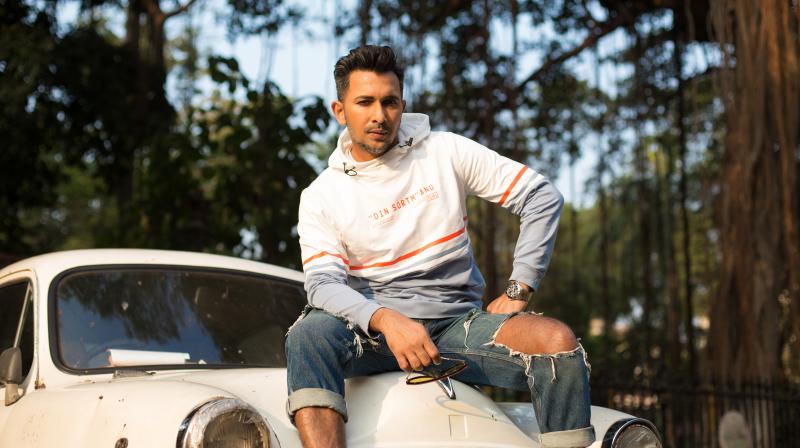 Terence is also known as a mentor and judge, with his presence in most dance reality shows today

Terence Lewis, a choreographer, mentor and a reality-show judge, is also a creator of a new era for the contemporary dance form.

As a choreographer, Terence has created a niche for himself in the industry for contemporary, ballet and jazz dance forms, having been a major force in taking contemporary dance ahead in India, creating a dance form that is free in its aesthetics and creative in its craft.

He has even choreographed for top Bollywood films including Lagaan, Jhankaar Beats and Goliyon Ki Raasleela Ram-Leela.

Terence is also known as a mentor and judge, with his presence in most dance reality shows today. Now, with his new show The Great India Dance Off, which began streaming on Flipkart video recently, Terence is all set to bring talent on our phone screens. He shares with us his contemporary dance journey.

Please tell us about what The Great India Dance Off is about.

This dance show comprises some of the very powerful dancers from across the country. The show is different from those you see on TV, as this one is an interactive one, with decisions coming in every day, live.

The Great India Dance Off will include solo and group performances in seven-to-ten-minute video formats. It’s going to be quick and on the app, with is no drama or extra emotions around it.

What made you venture into the digital platform?

Firstly, the digital platform is a new room, and I like the challenge of the newness here because I am someone who likes to experiment. And given how different the year 2020 has been yet, it was time to do something out of the box.

While the lockdown made conventional shows impossible, online platforms still offer many dancers a platform for showcasing their talents. However, nothing has been compromised just because the show is on a digital platform.

Add to it all, I am not a judge on the show but a mentor, providing feedback. I don’t think audiences have been introduced to this kind of judging, which is another aspect about the show that interested me. But most importantly, dance is everything to me, and I wanted to do what I could to support it in any form.

How important do you think it is still for dancers to be trained given there have been so many reality shows in the last decade, with mentors for candidates?

The truth is that everybody has a talent. That being said, when you are competing, you are in battle. And to win that, you need training and a certain amount of grooming because to win competitions such as these, you cannot rely only on your talent.

Training helps dancers learn the craft and other aspects such as how to hold one’s body. It’s just like any sport; you need training and practice to excel in it professionally.

Would you like to elaborate on your love for contemporary dance? Why did you choose this over the other dance forms in India?

I hadn’t learned dance initially. When I went to the US, I had no clue what was happening there, and was never introduced to their dance groups imagining that being Indians we would not be interested in something which is so art-based.

But I am an intuitive dancer who is very instinctive and creative, and upon becoming a part of their process, soon learnt a new form that was free and called the contemporary dance form.

I brought my learning to India as more than merely contemporary dance but as an art form. It was still new to the people here, but it became easier for them to relate to when I began using this form in my choreographies in Bollywood.

How would you differentiate between classical and contemporary dance forms?

Classical dance has a certain kind of class and is regal, whereas the aesthetics of contemporary dance is a mix of the relatable human quality and the raw and rough animal quality, which is not present in the classical dance form.

I also think it’s the matter of shaking the fundamentals and principles, in that classical dancers don’t allow their core to relax, whereas contemporary dancers are free. And to accept the new, you have to let go of what you have learnt as a classical dancer, which is not easy.

How do you balance your working style while choreographing for an actor and working with reality show contestants? Does that vary?

It absolutely varies. With actors, you have to know them and create moves they are comfortable with. That’s not the case with contestants in reality show.

The participants are raw, don’t come with a baggage of preconceived notions and want to prove themselves. You can mould them as you want because they always want to learn new things for a lifetime.

As far as working style is concerned, films allow you many retakes but for reality shows, there are so many cameras capturing the performer live, the situation becomes very unlike that with actors on a set.

How do you see the dance forms and the industry as a general having evolved in the over two decades of your journey here? What are the changes you observe?

The industry has certainly evolved in many ways. For one, I see no stigma attached around dancing anymore, which wasn’t the case when I started dancing. In fact, there is a lot of awareness and respect for dancing and is an art form that is celebrated now.

People have realised the potential of dance — not only Bollywood dance but also other dance forms. While earlier, classical dancers earned more respect, now as people have begun seeing other dance forms such as contemporary dance styles and the subtleties of the craft, they have become more accepting of the form.

I also believe social media is a huge help, which helps many dance enthusiasts put up their work online. It means you get to see a lot of talent. I believe contemporary dance is not only dance but also a creative art form.