Gulabo Sapera has overcome many hurdles to become the world-renowned dancer she is today. 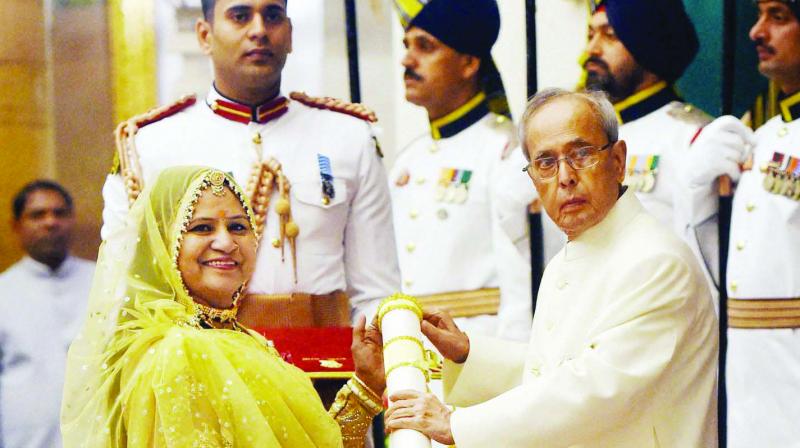 The thousands of girls dancing worldwide and expanding the dance form are my achievements.

Born into the Sapera community of Rajasthan in 1973, Gulabo Sapera’s life was not different from the rest of the girls in her community. With her umbilical cord still intact, Gulabo was buried alive. But as fate would have it, her aunt rescued her by digging into the grave at midnight to save the newborn.

Gulabo was not born to die a terrible death but to rule the world with her dance and song. She is the creator of Rajasthan’s celebrated folk dance form Kalbelia. She was awarded the Padma Shri in 2016 and is the first and only woman from her community to be conferred with the nation’s esteemed civilian award in past eight years.

“My aunt found me breathing even after being buried for seven hours. I was born special and my father also used to say I am special,” says Gulabo with a smile.

Initially, her family named her Dhanvanti as she was born on Dhanteras but after she fell critically ill, her name was changed to Gulabi. She tells the story, “The doctors declared me dead but when I survived, at the Dargah Sharif in Ajmer because of the rose placed on my chest, my father named me Gulabi. ‘Dhanvanti died and Gulabi is born’ he had said,” she explains. But now popularly known as Gulabo, she attributes this to a typo in a  magazine.

Recalling her childhood and the struggles she had to go through, Gulabo says she was the seventh child. Her father who was against the practice of killing the girl child, out of fear of her being killed, started to take her with him. That is when she was first acquainted with dance. “He used to give me the leftover milk meant for snakes. Our community did not accept this but they used to let me dance during Holi. This gave them money and food,” recalls Gulabo.

In 1981, Rajasthan Tourism Department official Tripti Pandey, sister of singer Ila Arun, spotted Gulabo dancing in Pushkar. “She came to me and said you are dancing like you don’t have bones in your body. Later she convinced my father to let me perform for their show the same evening,” she smiles. 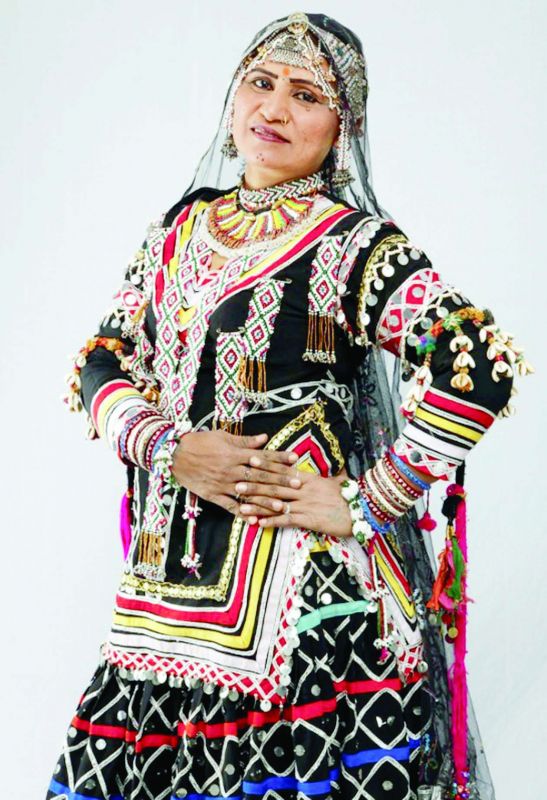 This was the first time seven-year-old Gulabo performed on stage. And she danced till dusk. “People were clapping so I thought they wanted me to stop but I did not care. Later, I learned that stage is a temple where people clap and on roads, people throw coins,” she says.

The community again threatened to abandon her family if she continued to dance on stage, which they referred to as ‘takhta’. And she decided to run away from home. The family was eventually abandoned and they joined Gulabo in Jaipur.

Since then there has been no looking back. After performing in Delhi once, she was asked to give a performance at a cultural event in America. “My father did not allow me to go because he hated to go abroad,” she says.

Finally, she did convince her father. Since then from Germany to France, Japan to Brazil and England, Gulabo has travelled across the length and breadth of the world.  The then Prime Minister Rajiv Gandhi watched her perform in Washington DC in 1985 and instantly made her his rakhi sister. “I was asked to stay in the US and perform there. But I wanted to be in my country and spread the dance. I told the same thing to Rajivji and he then asked me to tie the rakhi,” she fondly remembers.

Now looking back at her journey, if there is one thing she has been able to achieve,  it is that no more girls are being killed in the Sapera community.

“The thousands of girls dancing worldwide and expanding the dance form are my achievements. Girls are able to step out and work and they are no less than boys. Now I am the president of my community,” she says.

Gulabo does not remember how many awards she has been honoured with, though she vaguely recalls a gold medal from Queen Elizabeth in 1985.  She now has her own dancing academy Gulabo Sapera Dance Academy, where she teaches the Sapera-Kalbelia dance. And she continues to travel across the world for the love of dance.