How is Indian classical dance viewed abroad? Some answers

The place and impact of India’s dance traditions throughout the world is obviously a vast subject covering space and time. 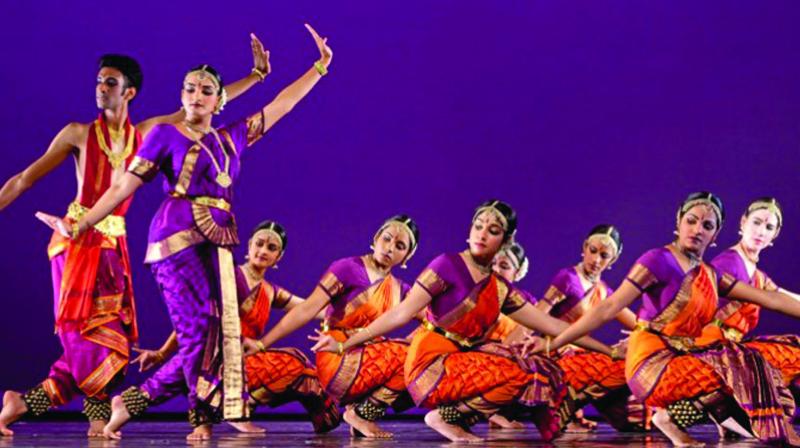 It is the emotive power of Indian dance that really stirs the soul of the Western audience as different from the dance forms they, themselves, are familiar with.

The place and impact of India’s dance traditions throughout the world is obviously a vast subject covering space and time. It has perhaps almost as many perspectives as there are artistes and audiences. Recently I invited a dance scholar, a mid-career international performing artiste and a former Indian ambassador to offer their thoughts and experiences as part of a seminar.

Ambassador Amarendra Khatua is an all-too-rare civil servant who brought significant knowledge and familiarity with arts and artists to his international postings as well director of ICCR. He shared that there are approximately 7,600 classical art schools outside India and 367,000 recognised classical Indian arts performers. Surprisingly, these are not just in the Indian diaspora countries but all over the globe.

A question he raised is whether these arts, which are recognised and appreciated abroad, have entered the local lexicon of the arts internationally. Khatua also shared his personal view, after 38 years as a foreign service bureaucrat, that government should not function as a patron of the arts running institutions but should simply offer financial support. He also raised the question of the motivation and impact for India of taking our performing arts abroad. There are 32 million non-resident Indians and persons of Indian origin abroad. We tell them they are ambassadors of India but are they ambassadors of our performing arts? Or are they opportunistic promoters of our performing arts during their conferences and festival events? 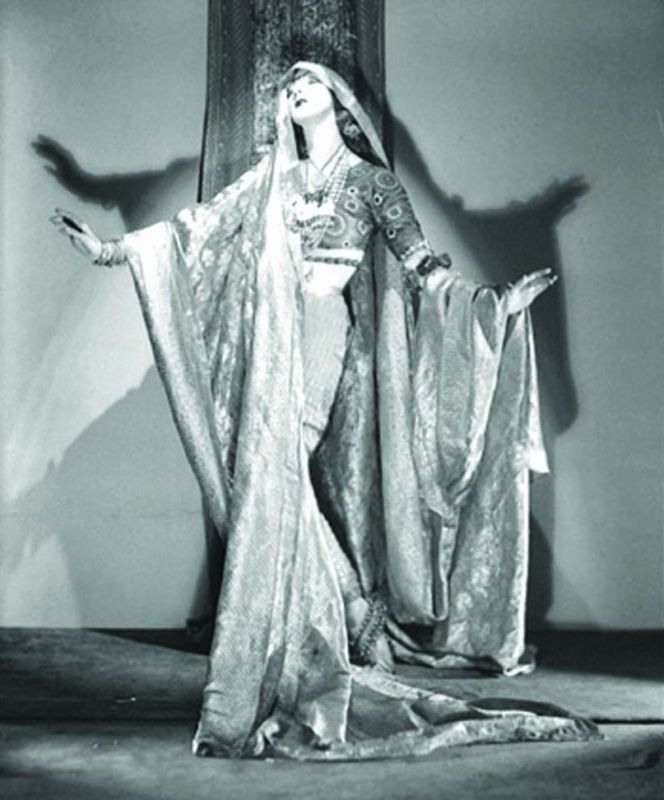 Bharatnatyam exponent Rama Vaidyanathan articulated the responsibility of representing Indian Sanskriti and connecting to both the Indian diaspora and native-origin nationals worldwide. I was happy to hear that she shared my experience that “it is the emotive power of Indian dance that really stirs the soul of the audience and connects with them as different from their familiar dance forms or the general assumption that what can attract is the fast-paced rhythmic nritya”.

“We can’t underestimate the foreign audience and need to always maintain our level of excellence and authenticity. There will always be at least one Indophile in the audience to point out any discrepancy. We also need to match up to international standards of presentation — no wardrobe malfunctions or musicians signalling to the sound booth to raise microphone levels. We have to take the Indian diaspora dancing very seriously. They have to be updated as to what is happening here in India and we need to interact. This is the best way to enter the mainstream. Indians bring their local friends which results in invitations from universities and museums. In North America, Indian dance is not in the mainstream as compared to festivals in Europe. But we should not expect to be included in ballet or modern dance festivals in the same way that our festivals like Khajuraho do not feature non-Indian dance traditions,” Rama said.

Rama felt that taking classical Indian dance mainstream internationally depends on the Indian Council for Cultural Relations (ICCR) as her non-ICCR tours attract 80 per cent of the diaspora Indians. “I would add that the greatest impresario for bringing hundreds of Indian classical music and dance performances to mainstream audiences across the United States, altruistically and efficiently for decades, was Dr Balwant Dixit and his University of Pittsburgh-based Centre for the Performing Arts of India.”

Dance scholar Arshiya Sethi shared her research into the creative interactions, based on fact and imagination, of Western artistes connecting to the Indian dance genres available to them in the early and mid-20th century. These included Ruth St Denis, Anna Pavlova, La Meri who promoted Ram Gopal, jazz and film choreographer Jack Cole who trained under La Meri, and many more, creating a veritable tapestry of artistic
and cultural influences and interactions. 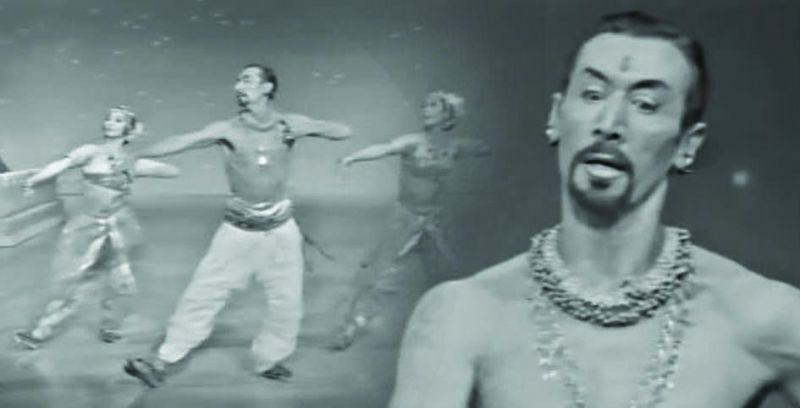 She gave an historical panorama of these interconnections. “The transference of Indian dance overseas is a process that has been going on in phases for 140 years. A nautch group that went in the 1880s to perform in exhibitions and fairs provided glimpses of spiritual elements, though tinged with racist and sexist stereotypes,” she said.

It is not surprising that the first Indian dance emerging from the imagination of Ruth St Denis was called Incense that was followed by Sari. These early dancers inspired visits to India and choreography from some experience and not simply imagination.

US President Ulysses S. Grant visited India and the Maharaja of Jodhpur hosted a nautch performance of Muslim men and Hindu women in 1880. President Grant recommended this to an impresario friend who brought a group over. P.T. Barnum then regularly brought dancers for his circus exhibitions. At the time of Vivekananda visiting the United States, you also had Streets of India and Durbar scenes at Coney Island. Mysterious India at World Fair in St Louis Missouri in 1904 would have had dancers, acrobats and camels.

St Denis’ Incense in 1906 was inspired by Indian dancers at Coney Island, based on her imagination of puja. She performed it into her 80s. Over the years her students included later pioneers of modern dance Martha Graham, Doris Humphrey, Charles Weidman and Ted Shawn who was to become her partner in dance and life. Together they set up the Denis-Shawn Company in 1925. They visited India in 1926 touring with their company. Indian danced was stigmatised at the time and Ruth found it difficult to find authentic dance. They met Rabindranath Tagore who asked them to stay and revive Indian dance in India. Later she choreographed dances to his poetry when he visited the US in 1930.

Ragini Devi, born Esther Luella Sherman in midwestern US, was fascinated by India and married an Indian student, Ramalal Bajpai, who had left India under suspicion of anti-imperial activity. She learned several dance forms and toured India with her guru, Kathakali Kalamandalam Gopinath. Later she ran a school in New York City which was later taken over by her daughter, Indrani Rahman. She was instrumental in introducing Indian dance to the US.

Uday Shankar was represented by Sol Hurok, one of the most important impresarios in America. His tours laid the groundwork for the receptiveness to later dancers. He also took some students, including La Meri, born Russell Meriwether Hughes. She learned dances of 22 countries but India was her dreamland. After studying with Uday Shankar, she came to India to learn Bharatnatyam, Kathak and study Abhinaya Darpana and the Natya Shastra which added to her credibility. In India she saw Ram Gopal and invited him to be her partner. He had been trained in Kathakali which she hadn’t studied.

In 1944, La Meri created Swan Lake in Bharatanatyam. She also formed a school of “Natya” with Ruth St Denis. Jack Cole, recognised as the father of modern jazz, was her student and used Indian elements in the film, Kismet, and created the Hindu Swing. Srimathi Gina was another important disciple of La Meri. Jewish-American Gina Blau left her law practice to study Indian classical dance in the 1930s, eventually becoming a master performer and teacher in the United States, performing under the name of Srimathi Gina with Pearl Buck as a patron. Matteo was another student of La Meri who specialised in Spanish dances but also contributed to the awareness and appreciation of Indian dance mid 20th century onwards along with his wife Carola Goya

He and others taught at Jacob’s Pillow during the summers and students from there went on to teach Indian and other ethnic dance along with modern dance at colleges and universities around the country.

Nala Najan, born Roberto Rivera, came to India by boat in 1947 to study Bharatnatyam with Guru Muthukumara Pillai who also trained Ram Gopal and M.K. Saroja and Kathak with Sundarlal Gangani of Jaipur Garana and in1962 to learn Seraikella Chhau. He wrote for Sruti magazine which gave him a lifetime achievement award.

Hadassah (Spira Epstein) performed Jewish sacred dances as well as Indian dances. Her teachers included Ram Gopal, La Meri, Jack Cole and even Nala Najan. She performed in India and got very good reviews, especially for Chant after the death of Mahatma Gandhi to Vaisnava Janato, I have a Dream based on Gandhi’s influence on Dr Martin Luther King and the Tagore Suite based on Tagore’s poetry that was narrated by Saeed Jaffrey for the Tagore centenary

Basically, these were people who were fascinated by India. There are questions of representation and authenticity even today when we have reclaimed and researched so much that was not available earlier in the 20th century.

The 1960’s STEM (Science Technology Engineering Mathematics) visas for the US brought highly skilled immigrants with wives trained in classical dance who found a few interested American students to teach. In the 1980’s the US visa policy changed which led to many Indians coming, trained dancers among them, and the country witnessed the rise of Indian dance schools everywhere with more Indian origin students as the number of American students reduced.

Arshiya’s historical overview led to the conclusion that the visibility of Indian dance in the US has improved considerably with an Indian dancer,

Ranee Ramaswamy, in the National Endowment for the Arts which determines national funding and other dancers getting national, state and local funding.

Of course, this is a subject I have enjoyed observing over the decades since I was first exposed to India and Indian classical dance during the 1950s as a child in multi-culturally vibrant Detroit, Michigan. The transmission of tradition here and abroad, along with its understanding and appreciation, is an evergreen subject I plunge into regularly. These were a few drops from that ocean.

The writer is a highly regarded exponent of Odissi, Manipuri and Mayurbhanj and Seraikella Chau whose four-decade career in India was preceded by 17 years of modern dance and ballet in the United States and an MA in dance from the University of Michigan. She can be contacted at sharonlowen.workshop@gmail.com.