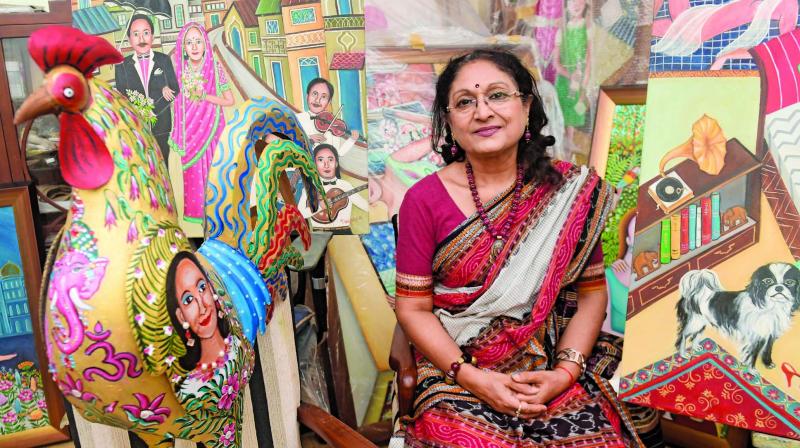 An economist by education and a painter by passion, 69-year-old Nayanaa Kanodia is considered a pioneer of L’Art Naif in India. More commonly known as Naïve art, this genre of art is derived from no formal education in painting with subjects not necessarily of a certain cultural context or tradition.

Introduced to this genre in the ’90s on a trip to Europe, Kanodia brought it back to India portraying the culture on various canvases since then. Now taking her love for the genre to London, 15 of her paintings will be exhibited at The Brick Lane Gallery, all depicting the various colours of life. 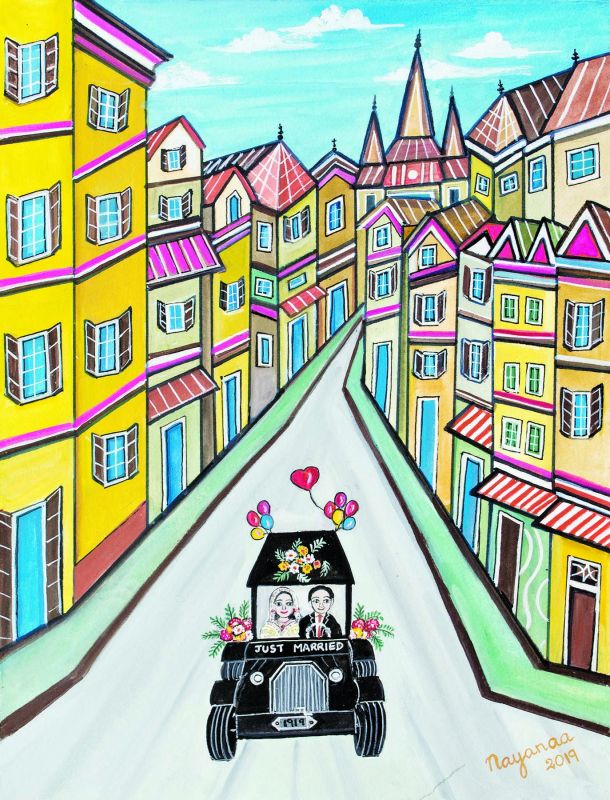 “The gallery approached me earlier this year after coming across my work on social media. They liked my paintings and asked me if I would be interested,” reveals Kanodia, whose work for the exhibition is suited to a foreign audience with a hint of Indianness.

While the paintings appear as simple works comprising figures and colours thrown together, a closer inspection reveals intricate patterns that depict various perspectives. 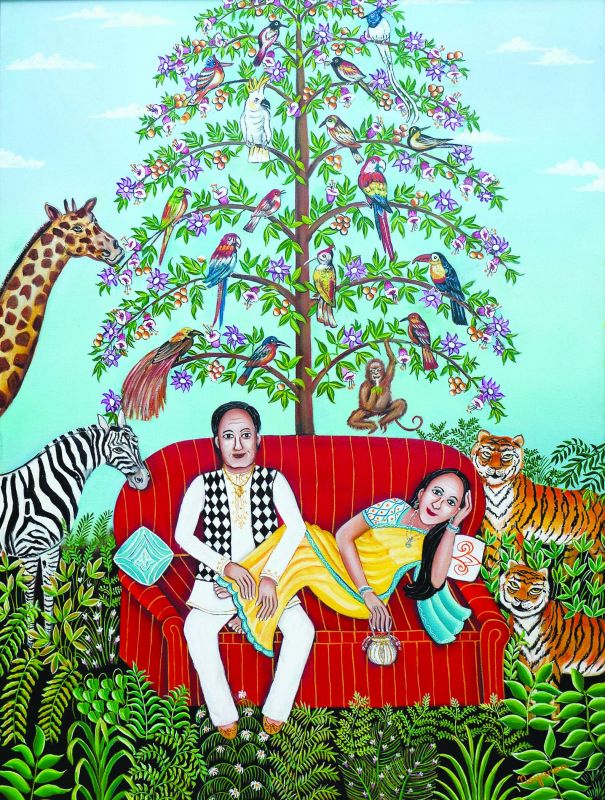 Under the tree of life

“Some of my works have a foreign background whereas a few have an Indian flavour to them. One of my paintings called Simple Pleasure of Life is a satire. It depicts a woman relaxing in a jungle while a waiter is tending to her. This is not something that you will expect in a jungle. Another called The Diehard Picasso Fans, which took a lot of effort, shows a couple celebrating the painter. I had to scan through his paintings and meticulously copy them for the painting,” the artist explains.

According to the self-taught artist, portraying mirth and satire is difficult, and creating it in a way that the audience understands is laborious. “It is a difficult task to have so many colours juxtapose on a single palette and yet gel harmoniously,” says Kanodia, who is also referred to as a brilliant colourist.

To the artist — whose paintings were recently published in the book Women In Art by Reinhard Fuchs and even had author Erica Jong acquired her work— the combinations, patterns, and details come automatically. “If I have a busy pattern in one, the next one will be less busy,” she smiles. 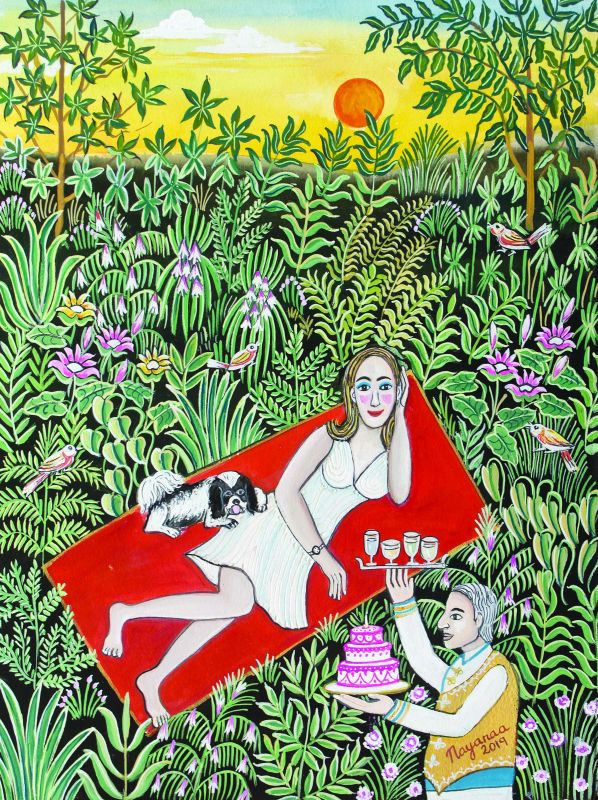 The Simple Pleasures of Life

For this exhibition specifically, Kanodia wanted a variety as London houses both die-hard Westerners and Indians longing for home. “The Indians living there like something to do with India, but at the same time, they want it to be contemporary. Then there are few Englishmen who might have some Indian lineage, so I want my work to remind them of those days,” she explains.

As for developing a canvas collocating colours and theme, the artist first plans the idea followed by placing the many elements next to each other. “One painting will take me three weeks to a month. At night I think, and in the morning I do the intricate work like composing the painting and laying out the colours,” she reveals.

While it was the imagery, uniqueness and the freshness of Naïve art that attracted Kanodia, the artist draws inspiration from daily life. “Talent is one thing, but one has to be very strong in their techniques of drawing and painting. Daily life is the best way to enhance your canvas. On some days you think nothing is happening, but then you walk down the street you will have 10 ideas pop in,” she says.

When asked about the common thread across all her work, Kanodia says that all are universal and represent the vastness of life, made up of part-imagination and part-reality.

“One of the paintings, ‘Under the Tree of Life’, is very universal, comprising different types of birds, animals like giraffes, zebras, tigers and even a couple,” she explains.

Through her work, which is on display till November 11, the artist hopes to create a certain view of life and on a deeper level a well thought out philosophy. “As an artist, you are not supposed to do things which are there. It is your imagination that adds value to the painting. Viewers may interpret my paintings in various ways and each interpretation will be equally logical, thought-provoking and intriguing,” she concludes.