Theatre groups in the city are moving beyond the conventional performance spaces to venture into homes and restaurants. 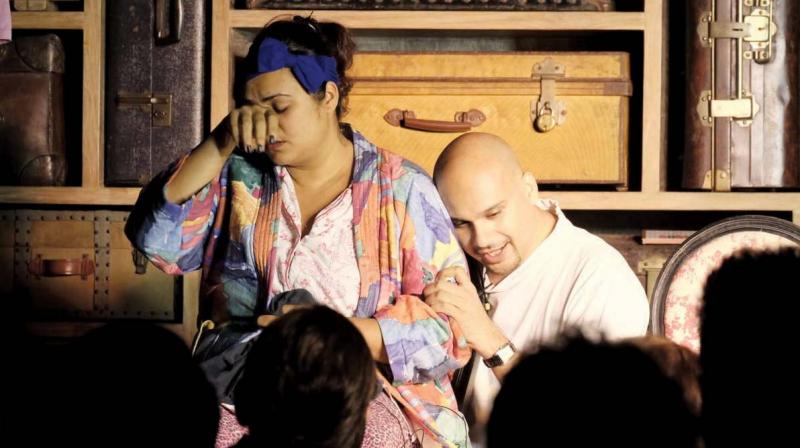 Artistes performing at the Supper Theatre.

On Thursday, LeoGirl Productions adapted a collection of three one-act plays by the American playwright, Tennessee Williams at Nariman Point. While you might presume it was at the favoured National Centre for Performing Arts (NCPA), it was rather staged at Sassy Spoon, a trendy resto-bar that is adjacent to the theatre.

The peculiar choice of location is perhaps because Priyanka Banerjee’s group is all set to revive the bygone ‘Supper Theatre’ concept in the city, which requires them to perform at a restaurant. But the idea also stemmed from the challenges faced by the smaller theatre groups in the city, “You have to be really out there in the industry to make it to the big theatres. It might even take contacts and you may need sponsors,” informs Priyanka. 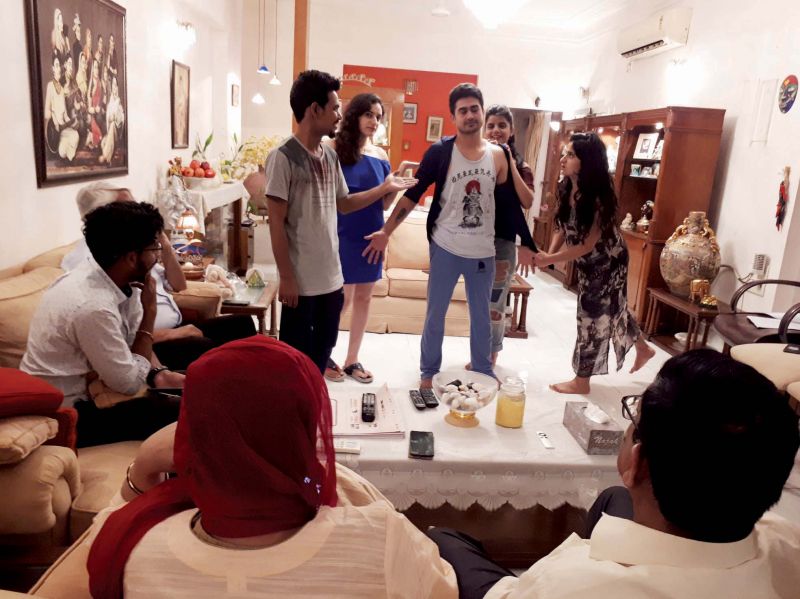 A play hosted at a home in Mumbai.

Another instance of theatre groups moving beyond the proscenium  arch and scouting for alternate spaces in the city, is the Rangaai Theatre Company, which is gearing up to take theatre into the comfort of homes, “People can vicariously experience the actor’s life through the play. As if they are peeping into somebody else’s life,” says Tushar Tukaram Dalvi, founder of the theatre group.

While this novel concept is not only more close knit and convenient, it is also cost effective, asserts Henna Agrawal who will host the Rangaai Theatre Company at her Beach Candy home this Sunday, “It's a real great concept and we aren't spending too much of money. Sitting in my own drawing room with my family and friends is an experience that will be similar to watching it at Prithvi,” says Henna.

On one hand where Priyanka’s group aspires to perform at the hallowed proscenium of NCPA someday, it was the restaurant, which wanted to move beyond the regular music gigs,  that contacted them. “The effort is to make supper theatre accessible to more regular people who frequent the restaurants, in a bid to bring it out from the five-star restaurants it remains confined into,” says Priyanka. 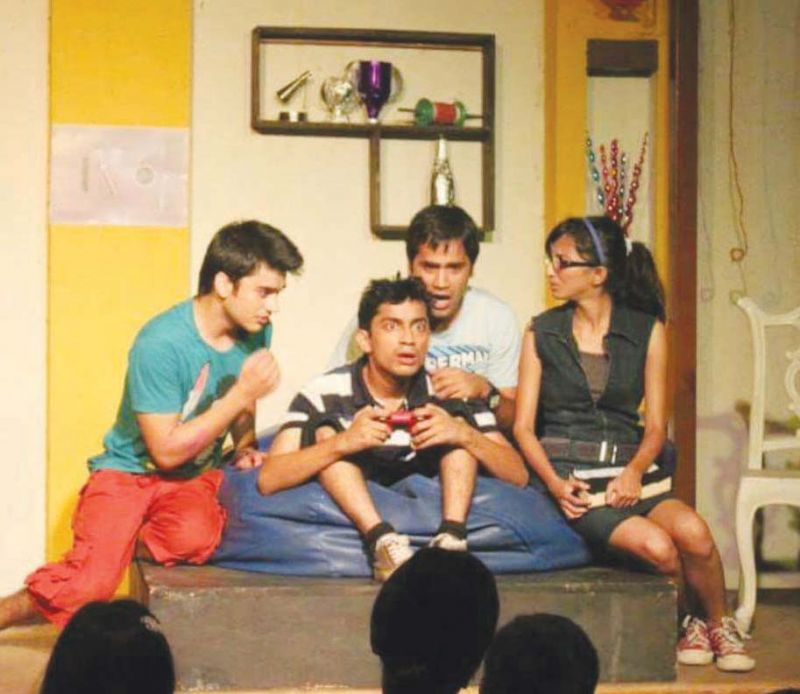 A performance at OverAct.

But the concept of Supper Theatre is not completely new to the city. It ran out of steam in the past decade due to the logistical challenges it posed, “It’s a little tricky because while the play is on, you also have to serve food and drinks and it can become a little messy,” she opines. Priyanka’s 45-minute romantic comedy, titled Williams’ in Love was well received by audiences who sat in rapt attention as they sipped on their choice of spirits, “We had a turn out of 83 people and it was really well received. People could drink while the performance was on, but food was served only post performance, as it would become a cause of disturbance,” explains Priyanka.

Tushar Tukaram Dalvi’s romantic tragedy, written by Vivek Kadam, uses an interactive multimedia format to play out, “So when the audience comes in, the first thing that we do is to ask them whose perspective they want to see the story through? For instance, if they want to see the play from a female’s perspective, then we share an audio note, which they have to listen to at a later point. Once they settle down, a few motion graphics will be broadcasted on the television at the host's living room before the actual play begins which goes on for about 25-30 minutes,” informs Tushar. The host also decides how many people can be accommodated in their house. After the play the theatre group does a hat collection, “So it’s not charged, audiences can contribute as much as they feel our play is worth,” smiles Tushar.

Commercial theatre spaces remain booked throughout the year, leaving the smaller theatre groups high and dry. But actor and director Rohit Tiwari and wife Sheetal of Theatrewala have a solution for their theatre brethren and have started OverAct, an open terrace theatre at Versova. “The bigger spaces hardly ever give lesser-known groups dates so alternatives had to be looked into,” informs Sheetal. The couple stumbled upon a close friend who generously gave them his terrace. “We ran our shows there for two years and had to find something more substantial. So in 2014, we came across this bungalow in Versova, and we restarted OverAct in August last year," he says.

For the last one year, OverAct has 80 per cent of their shows running full, “We also host open mics every Monday and encourage original content, so people can participate and watch for free,” explains Sheetal. The terrace is well equipped to accommodate 70 to 80 people comfortably at a time and has basic lighting, a sound console a small elevation stage for artists to perform. “It's a heritage structure so we cannot make any structural changes so whatever is available to us, we have created an alternative theatre space,” says Sheetal.

Performing at unconventional venues not only allows intimate experiences, but also lets the audiences interact with the actors and break the fourth wall quite literally;  “People love this space because there is a lot of warmth and a feeling of coming back home. We are always around to make people feel comfortable in our space and I guess that makes all the difference,” she signs off.