Life and living on the edge

These seasonal workers constitute a large section of craft workers. 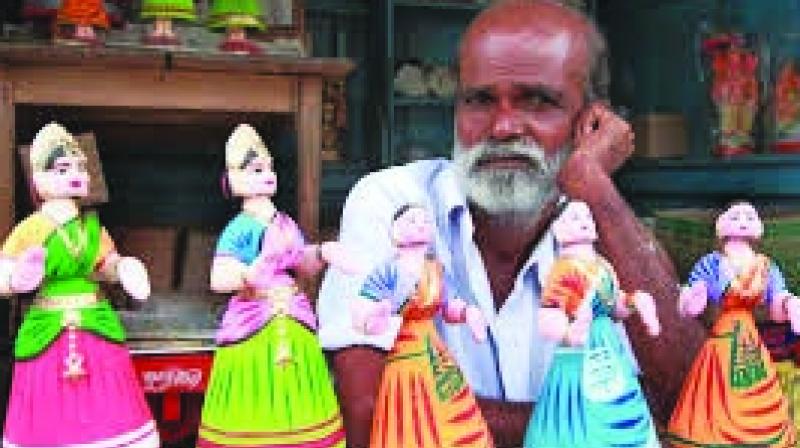 As anyone with the slightest of knowledge of farming knows, there are long periods of hiatus when there is nothing to be done except waiting for sowing or reaping or hoeing.

Mahender is a toy maker from Madhya Pradesh — crafting small toys from terracotta, paper, bamboo sticks, tin pieces smeared with a dash of red alta to make them look colourful and attractive. This is his off peak activity — meaning when he is not involved in agricultural work.

As anyone with the slightest of knowledge of farming knows, there are long periods of hiatus when there is nothing to be done except waiting for sowing or reaping or hoeing. This is the time when several farm hands get busy with carrying out small time activity relating to the crafts. These could be votive crafts for festivals like bows and arrows for children around Dusherra, or crafting Ravan and brothers or seasonal crafts like weaving baskets of bamboo, chik screen makers, etc. 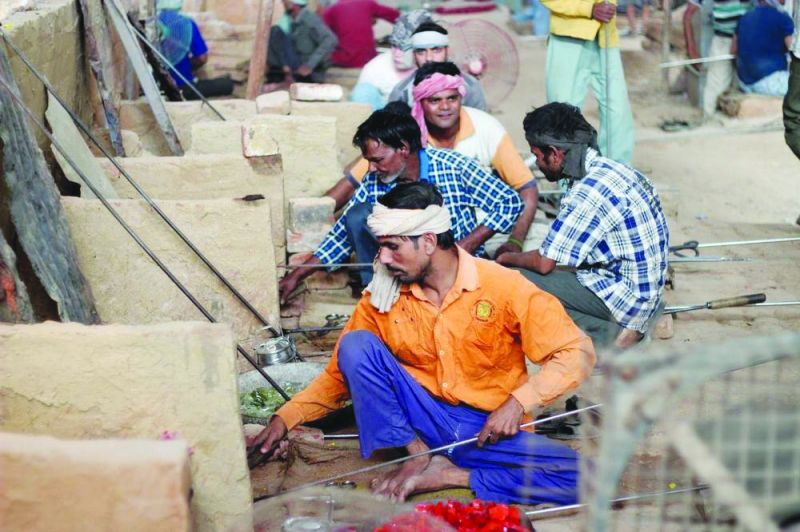 In fact, I place in this category even those who cook specific foods during specific seasons like gur makers in winter, or chaat and mithai makers in melas or bhadbhujars who indulge in making til gajaks, peanut pattis and roasting peanuts in winter months and selling them on the streets.

These seasonal workers constitute a large section of craft workers and fill in an important gap of the various crafts that are required during specific regional festivals and seasons. However, since they are not part of the relatively more organised sector of craftspersons, they fall into neither category but are part of the marginalised sections. 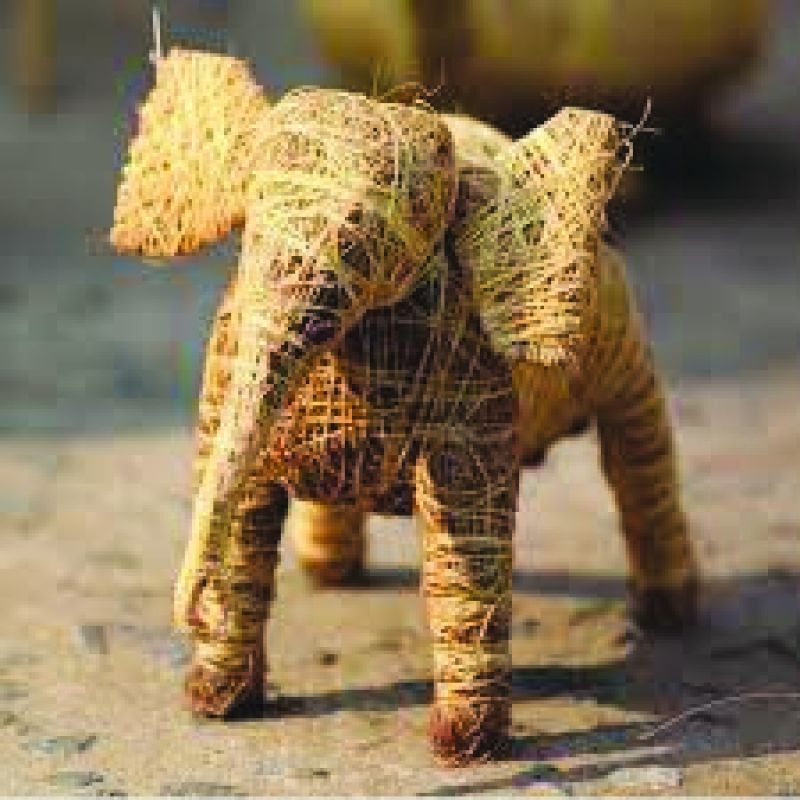 Needless to say, because of their marginalised status they don’t fall into any categorisation and there are no schemes under which they can either upgrade their skills and earn better or come into the mainstream of craftspersons — that is if crafts can be dubbed a mainstream activity at all. The point that I am trying to make is that while the struggle to establish reference points to govern and grade the crafts sector continues, there is a vast under noticed majority of artisans who fall in between categories and often need a helping hand in finding raw materials, markets, or really speaking a supply chain of sorts and temporary help if a season suffers for some natural or other reason.

Save an occasional “seasonal” story in the media most often everyone turns a blind eye to the plight of these unsung sections, who often follow unusual professions like masseurs and even ear cleaners during their off peak periods. I have often wondered as to what leads them to follow these traditional yet not-so-popular professions in the larger spectrum of things. Is it only need based? Do they stem from lack of skill alone?

I think it is largely need based skill acquired over a period of time at the family level that pushes people to try their hand at more than one profession and obviously earning those extra bucks is a huge incentive and propellant.

Following the demonetization when so many workers in relatively more organised sectors were forced to return home when the small scale businesses folded up or cut down activity, the fate of the various Mahenders is an area of concern for not only shrinking livelihoods, but how it will impact the social fabric in rural belts.

Rural belts are bearing the brunt of half-baked education resulting in creating lumpen elements who don’t want to follow traditional or filial professions like farming and weaving and other skill-based activities but have set their eyes on becoming “office” workers (read office boys). That they often end up regretting their decision is a moot point, but the fact remains that this ever-growing tribe is the type who formed the largest number of migrant workers in the first place.

How this return to home base can be handled to better their lot and keep them rooted and incorporate them part of the Make in India skill development programme is something that needs to be looked into if we want them to join the mainstream.  How we can do it is really up to sensible practical policies and their intelligent and honest implementation. I hate the thought of the Mahenders of the world sinking further into the quagmire of exploitation for no fault of theirs.

While we are at it, this might be the best time to reorganise the education syllabus in identifiable crafts pockets to impart skill based education and enough education to enable them to run their businesses rather than the three R’s type of general education that serves no purpose for a vast majority of people especially in rural belts and crafts sectors. It would make far more sense to involve them into crafts sectors so that they continue to become preservers and repositories of our crafts culture and self sufficient and out of the purview of exploitative situations or migrant populations who seek succour in urban areas.

Dr Alka Raghuvanshi is an art writer, curator and artist and can be contacted on alkaraghuvanshi @yahoo.com