A comprehensive exhibition of Jamini Roy’s works aims to give a peek into the artist’s creative journey over time. 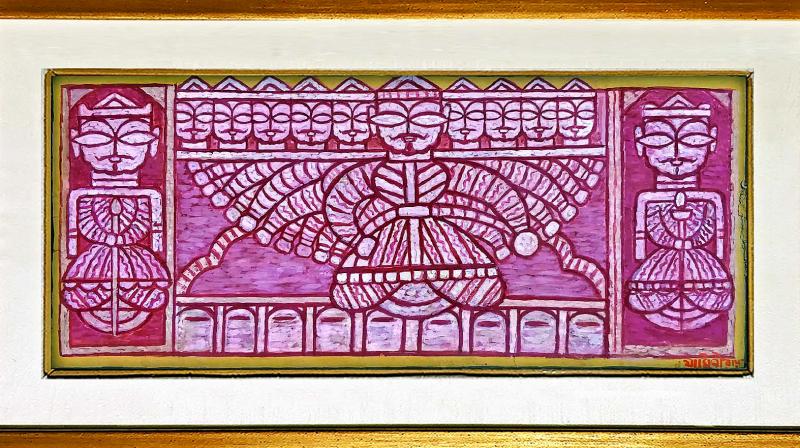 Jamini Roy, who had learnt the impressionistic classical form of oil paintings from the Government College of Art, Kolkata, swerved back to Bengali folk art with an incessant passion.

The Kalighat temple may be a renowned temple of Goddess Kali in Kolkata, but its role in spearheading the Modernism movement in Indian art history has been much more significant. Since the early 19th century, the Kalighat paintings or Kalighat patha have been sold as souvenirs to the visitors of Kali temple, but who would have known that a look at these paintings with blunt brush strokes of earthy colors would later inspire an art student to become one of the most renowned artists of India. Jamini Roy, who had learnt the impressionistic classical form of oil paintings from the Government College of Art, Kolkata, swerved back to Bengali folk art with an incessant passion. These artworks would make him one of the nine gems of Indian art. Now, a city-based gallery will be recognising and celebrating the artist's work by putting up a comprehensive exhibition and sale of his work after 49 years. 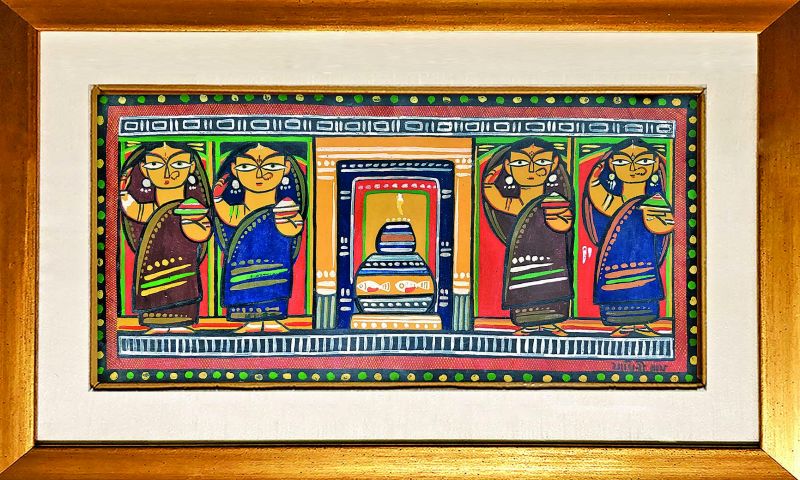 “In 1980, Roy had showcased an exhibition in Jehangir Art Gallery, which was a very comprehensive body of work featuring all of the different mediums and styles he was working in. In 2015, NGMA had a retrospective of his work, which was not for sale. So, it’s only the second time that the works are for sale in the city,” says the curator and the owner of Gallery 7, Nicolai Sachdev.

The collection, which boasts of 45 works by the artist right from 1910s to 1940s, is an attempt to showcase his journey as an artist. “We try to address it from different point of views. One is to address it from all the mediums; another is to look at the timelines as well. So, going back to 1910 with his oriental portraitures, then in 1920s with his landscapes with his formal education and breaking away from that, then in the 1930s and early 1940 - his calligraphic works, like Mother and Child, Dancers, Two Cats with Lobster, and then in the 1940s with the Ramayana which is a very important period,” informs Sachdev. Moreover, the collection also contains one of his biggest works on cloth called Sita Agnipariksha and two sculptures from the 1940s. It also gives you a peek into the agnostic beliefs of the artist by presenting his paintings of gods like Jesus Christ, Krishna and Ganesha.

A look at the artist’s transition-on-display and you are reminded of the magnitude of Roy’s works. As a breaker of rules, Roy defied the artistic norms of the time by delving into the traditional, rural and folk traditions of Indian art, as opposed to the classical and impressionistic traditions of Western art of the time. By looking at his post-impressionistic landscape in the exhibition, and then to his paintings from the time he spent time with the Santhal tribe, one is gawking at the traditional yet a modern turn in the art movement. It was, indeed, revolutionary of Roy, who had been a student of both Rabindranath and Abanindranath Tagore. “Most people think of modernists in India as the ones from the Progressive art movement and ahead, but for me, he was a modernist in terms of his vision, finding inspiration from the things he saw all around him, and kept on waiting for more. He spearheaded Modern art into what it is right now. He had that initial push where a lot of his works were travelling abroad, breaking away from normal, traditional, educational art. He broke boundaries,” echoes Sachdev.

In addition to the style, Roy also experimented with his materials. The exhibition also highlights this case in point by bringing his works in tempera, cloth, burnt clay, ink on paper, woven board, slate, wood, among others. Talking about it, Sachdev concludes, “You always see that artists have always painted with what they had access to. For him, I think it was about what he had access to and what he was trying to do. He broke away from Western colors and paints and used traditional materials like tempera that requires mediums like cloth. A lot of his cloth works were old dhotis that were starched with tempera application on it.”