It is surprising that India, despite its great tradition of great art — folk, traditional and contemporary, did not have such a space. 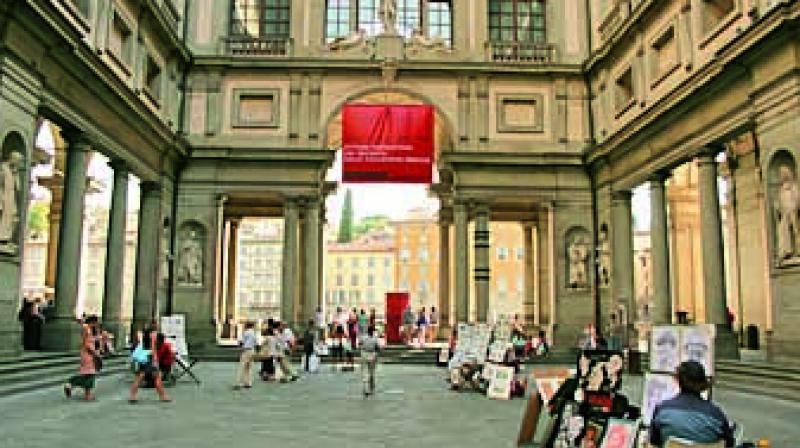 Artists display their art along the streets in Europe.

Ever since I first visited Europe in the late 80s, I have had a dream that I have written about several times, even to the extent that I was happy for it to be picked up by someone else just so that I could witness it take shape. It has finally happened and no one is happier than me. An idea remains an idea and only becomes a reality when its time comes. However, aren’t ideas like pollen scattered in the wind? Someday, somewhere, someone will pick up and the seed will germinate into a flower…

My dream for Indian cities was related to art (what else is worth living for?) that like all the important and aware cities of Europe and America which have a beautiful tradition of creating space for the art and artists, Indian cities too should have spaces earmarked for art and their creators.

Like the hill on Montmartre in Paris, the Palace plaza in Rome, the Leister Square in London, St Mark’s square in Venice, City Centre in Berlin and Vienna, Zurich and Geneva should have a make-shift but permanent by tradition space. It doesn’t need to be formalised like the Dilli Haat, but become a tradition of a city.

These spaces need to be open enough to allow artists to function and display their art and the audience to interact with them. From the struggling to successful, all should find time to visit and work in these spaces in their commitment to the cause of art. The narcissist in me has many a portrait from such places. 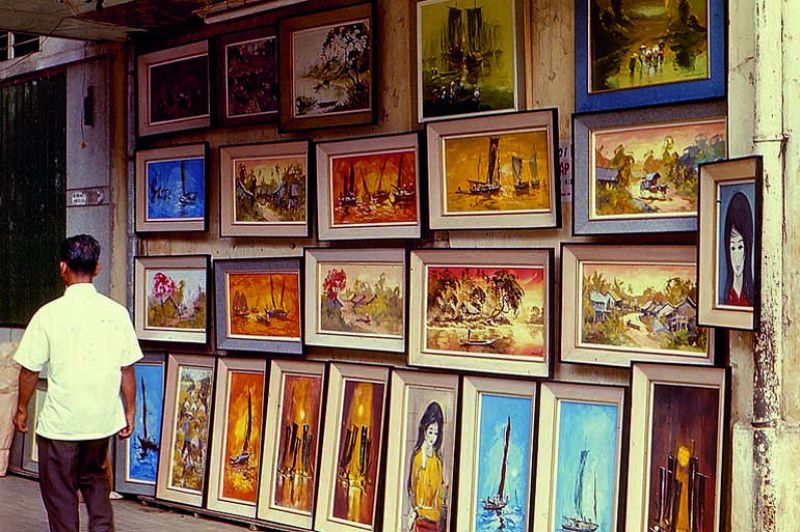 I am so glad that the idea has struck the administrator of the Lalit Kala Akademi  C.S. Krishna Setty and he has launched the Sunday Art Haat at the Garhi Studios in East of Kailash to create, exhibit, sell art works directly to buyers.

The first programme will be flagged off this Sunday. Even though I can take no credit for planting it, none is gladder than I for the cause of art will really be better served by this very important step taken by the premier national institution. “It is our endeavor to help young and budding talent especially those artists who are struggling to find a gallery which will support them or don’t necessarily have a big body of work ready for an exhibition. For the buyers, it will give them an opportunity to acquire art at affordable prices without gallery commissions and such deterrents,” says Setty.

I am in complete agreement for many reasons. In many ways it will help artists to test waters before going for a full fledged show, and perhaps reach out straight away to their audience and bring some short term economic support to create bigger works. Abroad many senior artists are known to bring their easel and paints to such places just to get a “feel” of their audiences or potential considering they spent so much time in the solitary space of their studios. Lalit Kala Akademi is poised for a big service to the cause of the spread of art if the idea sustains.

It is surprising that India, despite its great tradition of great art — folk, traditional and contemporary, did not have such a space. The issue is not that there is no space in our cities for such a venture. Most cities have a large maidan of some sort where artists and their consumers can converge. Ideally speaking the winter months in most parts of the country are great for such a venture, but in the hills or places where it becomes too cold, this blissful time just before the winter sets in would be good or the touristy summer months would be ideal.

It has been one of my dreams to have something like this at least in the five metros: in the Victoria Memorial Gardens in Kolkata, on the Juhu beach in Mumbai, in Cubbon Park in Bangalore, on the Marina beach in Chennai and amid the Golcunda Fort ruins in Hyderabad and of course New Delhi. Even if there are not that many artists in other cities, there are enough to make this a success once a fortnight.

New Delhi, which is home to such a large art community, is ideally located for such a venture in the wonderful winter months. A weekly or fortnightly art conglomeration in the open spaces in could be open to folk painters, traditional painters and sculptors, contemporary artists to work there, display their work, hang out and even sell their work. Lalit Kala Akademi is not charging any fees from them for either working out of there or any commission from the sale, this is really taking art to the grassroots for the largest good.