Sculpt is a group exhibition featuring big and small sculptures that make magnificent statements as works of public art. 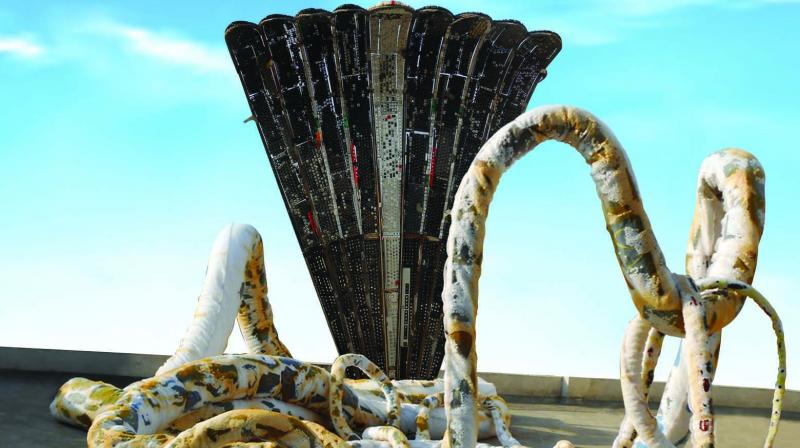 As you enter India International Centre’s Gandhi King Plaza, Mukesh Sharma’s magnificent sculpture made out of scrap titled ‘Nagraj’ — exploring Indian myth of Sheshnag in its ancient context and its actualisation in modern society — will captivate you. In this work the artist comments on the uselessness of waste and the degrees of conspicuous consumption that humanity keeps reaching and pushing further. Made of computer boards and styrofoam packaging material, the artwork is part of an ongoing group show titled ‘iSculpt’, that delves into the subject of mythology in the contemporary world.

The title ‘iSculpt’ is derived from two words — ‘i’ referring to iconic and ‘sculpt’ signifying the different aspects of public art explored by various artists, explains Uma Nair, curator of the show. She adds, “iSculpt is a revolution in the making of public exhibitions and public art that expresses fidelity to the idea of a ‘sculpture of one’s own’ — in this case, a series of literal and metaphorical works dedicated to material experimentation and innovation — and in doing so provides a plethora of works for the history of ingenuity among sculptors to take root.” 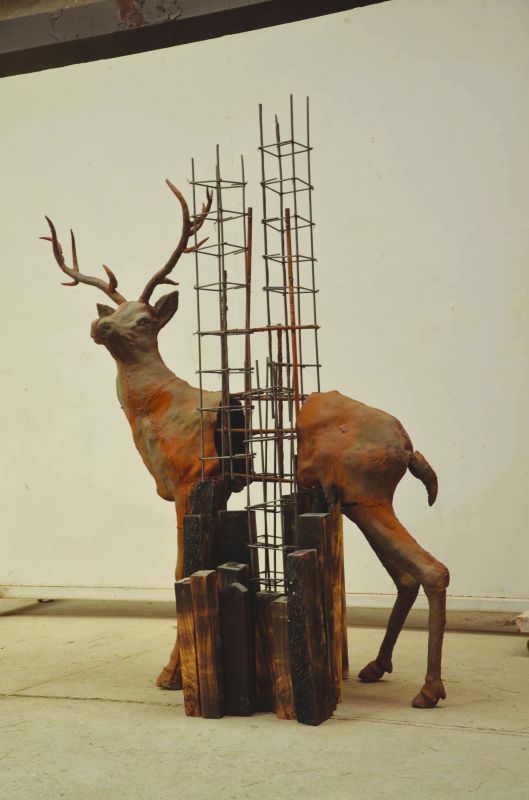 According to the curator, the beauty of the exhibition lies in the fact that each work is very varied from the other, yet they are connected with each other in numerous levels. She says, “Each one talks about a different subject yet are beautifully connected with each other. For example, Sanjay Bhattacharyya’s 12 foot long bronze sculpture ‘Krishna’ captures the serene beauty of the Lord while playing the flute, on the other hand we have Simran Lamba’s ‘Shunya Krishna and Radha’, a post modernist look at the fervour and flavour of the Radha Krishna folklore that still turns heads. He uses iron woks from Kolkata to create a sumptuous sculpture that is simple and lucid in its tonality and ideation.”

Uma continues, “Neeraj Gupta’s ‘Divine Love’ is a testimony to the warmth of human relationships and the eternal quest for a civilisation to live and procreate for posterity. The intricate figures and choreographic character are what compel. Also on display is a work by Madhab Das called ‘An Inconvenient Truth’ showcasing a deer with iron, bricks and tall iron rods representing the loss of habitat for the beautiful animal whose world is threatened because of large scale deforestation. The work won him the National Award.” 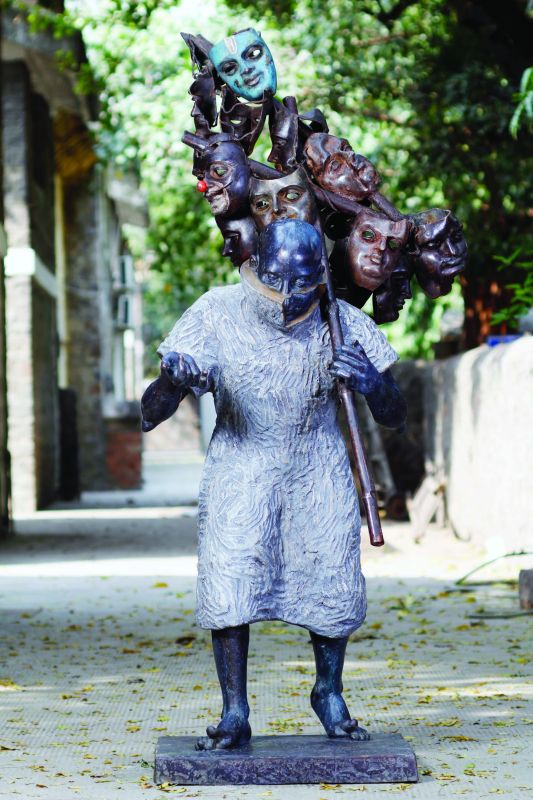 Talking about her favourite work from the show, she says, “Arun Pandit’s ‘Mask Seller’ is the work I loved best. It has a sense of drama but great melancholy. It is typical of a gothic sadness because it speaks about how we put on masks to become wily and deceitful. It also becomes a part of an everyday idiom. I like his works because they reflect reality, they are not beautiful by any standards but they speak to us about harsh truths. Arun Pandit is also the creator of the Tirupati airport ‘Garuda’, again a work that stirs us. This is why I keep him above all the nine artists in this show.” 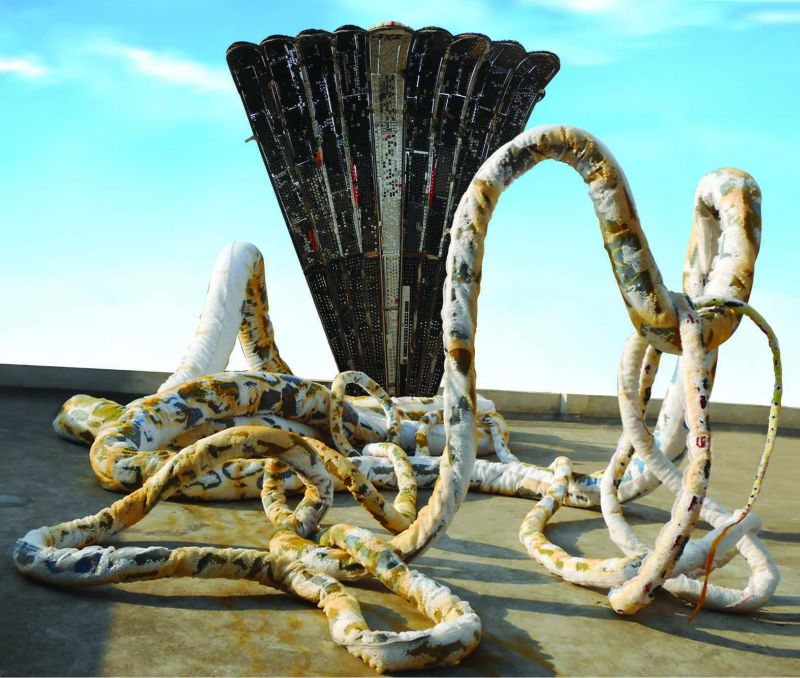 The show presents a mélange of installations and sculptures that create their own rhythms in the beautiful surrounding.