The 17th season of the Krishnakriti Festival 2020, titled Makers and Meanings, kicked off on Tuesday at Kalakriti Art Gallery. 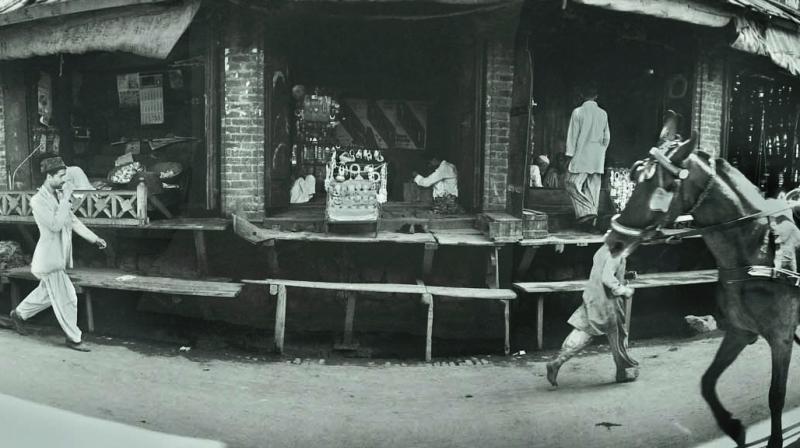 A glimpse of daily life in Kashmir by R.C. Mehta

A portrait of R.C. Mehta with a notepad and a pencil in hand sits on a well-crafted stool at the Kalakriti Art Gallery. And his warm gaze appears to follow audiences, welcoming them as they venture into the world of his photograph collection, Exploring the familiar and the Iconic.

Mehta’s works showcase his personal and professional bond to Kashmir. The photographs on display span around four decades, from the late 1920s to the early 1960s. But for Hemant Mehta, grandson of R.C. Mehta, who elaborates on the collection of photos and how it is to be a part of the photography legacy, the pictures symbolise a personal journey. “I have only seen him as a sturdy old man, so it is very difficult for me to imagine him as a youngster,” says Hemant with a chuckle. “He was only seven when his elder brother, Amar Nath Mehta, set up the Mahatta Studio in a houseboat in Srinagar in 1915 — the first Indian-run studio of Kashmir. British residents of Srinagar, members of the royal family of Kashmir and prominent citizens would come to the studio to have their portraits taken. The Mahatta Studio even had branches in Rawalpindi (now in Pakistan). He customised his pictures by setting the backgrounds differently for every individual who visited the studio depending on the features and personality.”

Then, Martand Badoni, one of the organisers from the Krishnakriti Foundation, chimes in about how the studio got its interesting name, “Each branch was called Mahatta to help the British, who couldn’t pronounce ‘Mehta’, the brothers’ surname.”

The chronicler
Photography enthusiasts cannot miss the progression in the subject of the photography in tandem with the photographer’s growth, on both personal and technical fronts. While some frames on the walls show studio portraits and people working in the valley in the fields, others move on to prominent people, such as Maharaja Hari Singh and his son Karan Singh, and Prime Minister Jawaharlal Nehru. In other words, Mehta’s lenses captured with élan a record of the fast-changing scenario of the Kashmir valley.

“R.C. Mehta played the unique role of being a local witness, a photography practitioner and an agent, being the studio’s owner. His archives make for a consistent layer of photographic narrative that negotiates stereotypes set by early European photographers. It responds to changes in aesthetics as well as the markets of the twentieth century,” elaborates Martand.

The exhibition is well-documented and well-segmented, offering a rare glimpse of Kashmir most cannot see. “We wanted to bring the rare and unseen Kashmir to everyone and not just the romanticised portrayal of the valley or the place stricken with terrorism. It is something we have been planning for a while and we are glad it’s finally happening now,” concludes Martand.

Exploring the familiar and the Iconic is on till January 26.