Amar, who has travelled to many parts of the world, says India has a greater legendary heritage than many other popular tourist destinations 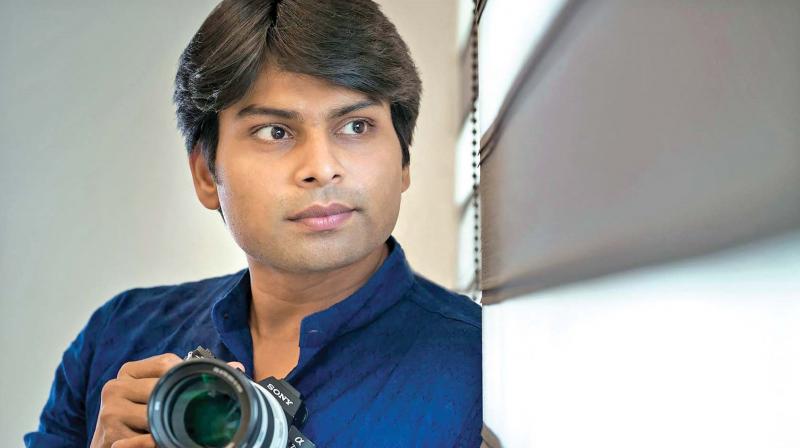 Amar Ramesh is a prominent photographer, whose Studio A in Chennai is among the much sought-after players in the Indian wedding photography scene. However, Amar is now making news for the exhibition of his temple photography series in Coimbatore called Stones & Stories: The Timeless Kanchi Kailasanathar Temple, which is a collection of breathtaking images of the 1400-year old (approx) Kailasanathar temple which just about 80 km from buzzing Chennai.

For Amar, temple photography is not a new-found interest. In fact, when he quit his high-paying IT job in the US and took up photography, his first project was called ‘Land Of Temples’. “But then one wedding photography assignment that I did got an overwhelmingly good response and it went viral. So, I thought I should excel in something that I am good at. I then got into it full-time and my business flourished. Yet, the passion for temples has always been with me,” says Amar.

“So, in 2015, I decided to visit at least one temple a month. I told myself that I would just visit them and take some pictures. So, I first visited Kailasanathar temple. I was wowed by the sculptures. It was just 80 km from Chennai, but nobody had told me about it. There was not even one good picture of it. I decided to do something about that,” he shares.

Amar, who has travelled to many parts of the world, says India has a greater legendary heritage than many other popular tourist destinations and that we have failed to realise it — “I have been to places which are lauded as historic abut they would have a history of only 100 or 150 years. We have numerous places which are much older and historic here. If you take this temple, it is just a treasure trove of art and sculptures.”

From the stories Amar tells about Kailasanathar temple, one can gather that he has done extensive research on the temples and sculptures of Tamil Nadu and he credits researcher Chithra Madhavan and her books for that.

He has also compiled the pictures as a coffee table book and is planning to take the exhibition to several parts of the country and around the world.

When asked what temple he is heading to for his next project, he says, “I have already started it, and the project is underway. I just want to keep it a surprise for now.”