Travelling back in time

The 20th Century Indian Art show has works of eminent artists such as Amrita Sher-Gil, M.F. Husain and S.H. Raza among others. 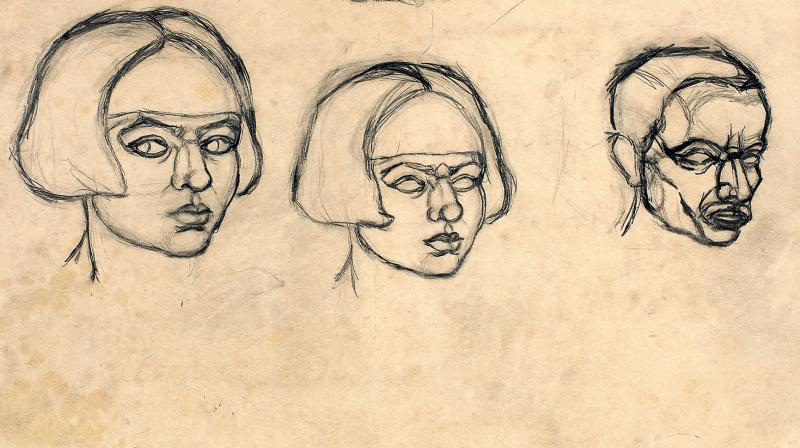 Amrita Sher-Gil’s work when she was 14 years old

Forget time machines. If you want to go back to the 20th century, all you need to do is to take a stroll along the 20th Century Indian Art exhibition in Hyderabad. Divided into various segments, the show takes you to the century through the eyes of the masters such as Amrita Sher-Gil, M.F. Husain and Raza among others.

The show — part of a multi-city tour — will end with an auction on April 24 in Mumbai.

Talking about the show, Kishore Singh, DAG president, says, “Our main aim was to make great works accessible to people across the country. Being the largest repertoire of artwork in the country, it was not difficult to gather the works, but the main challenge was to curate and transport them safely. Most of the artworks were with us, but some had to be procured from private collectors.” A rare self-portrait by Amrita Sher-Gil when she was 14 years of age is one such work.

The two-day exhibition showcased 75 paintings and sculptures by masters of art of the 20th century and successfully outlined the transition of art through the decades. “Realistic art or miniatures were an integral part of the Indian art scenario before the British and other colonisers came. Slowly, with the onset of their ideals, miniatures took a back seat and Bengal school of art came to the fore, reclaiming their roots.”

According to Kishore, in the ’40s the group comprising M.F. Husain, F.N. Souza and V.S. Gaitonde took the centre stage and rejected the Bengal school, which, they thought, was “too romantic”. 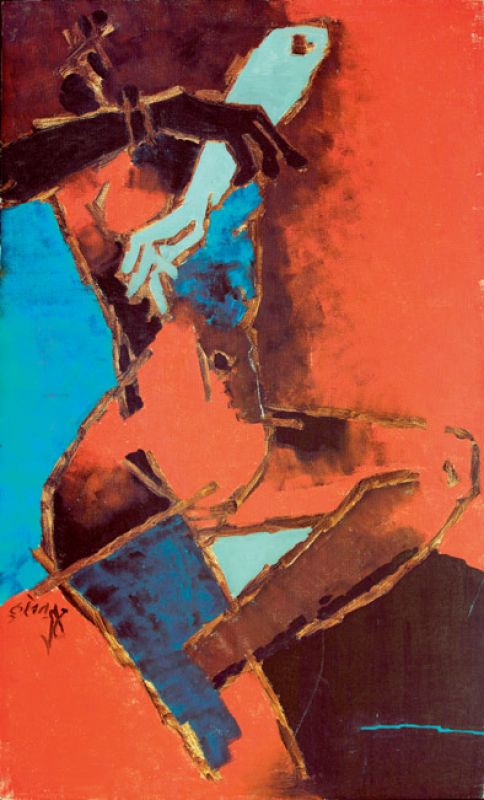 The journey through various schools of art was vividly captured by the artworks. A work by Husain, Maya III, showed how the artist was inspired from the Indian temple sculpture work of the female body Tribhanga. S.H. Raza’s Peinture is an explosion of bright colours — a departure from his earlier works of landscapes, making it an important milestone in his career.

Jamini Roy’s folk-style works, Nandalal Bose’s exquisite painting of a Lotus, and Abanindranath Tagore’s painting of Ashoka’s third and last queen, Tissarakhita, stand out. A massive sculpture which also forms part of the important works is that of K.S. Radhakrishnan’s The Ramp where the central figure with a hand gesture which appears similar to that of Saint Ramakrishna, is positioned amongst other small figurines.