Mr Hilaire, a former principal dancer with the Paris Opera Ballet, took over direction of the Stanislavsky Music Theatre six months ago. 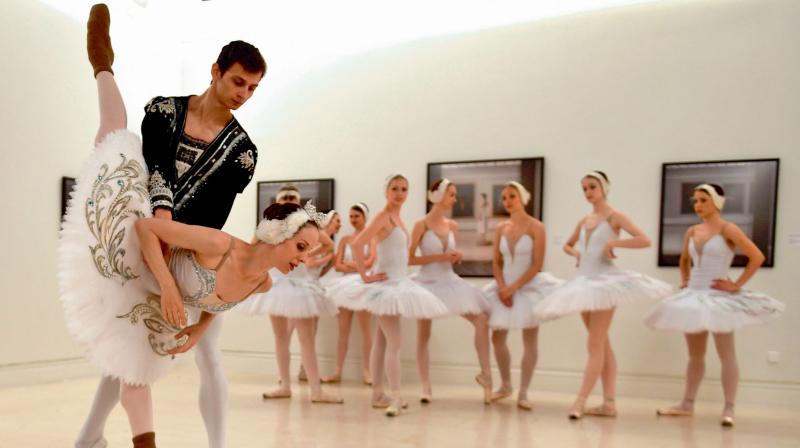 Mr Hilaire, a former principal dancer with the Paris Opera Ballet, took over direction of the Stanislavsky Music Theatre six months ago, a rare choice of a foreigner to head a Russian ballet troupe.

The audience responded with rapturous applause to his first programme, which premiered Saturday and saw works by two internationally renowned choreographers performed by the troupe for the first time. The first Frenchman to head a Russian troupe for 150 years, Hilaire has vowed to “open up” the repertoire of the historic Stanislavsky theatre, which focuses on classics.

Mr Hilaire staged “Suite en Blanc” by the late French choreographer Serge Lifar as well as groundbreaking US choreographer William Forsythe’s “The Second Detail” and Czech Jiri Kylian’s “Petite Mort.” “This is a challenge for the troupe. They had never done Lifar, they had never done Forsythe,” Mr Hilaire told AFP, adding that the warm reception came as a pleasant surprise.

“People had told me the ballet audience in Russia was rather conservative,” he said. Mr Hilaire also revealed he plans to stage in the next season “Don Quixote” as it was choreographed by dance legend Rudolf Nureyev, the star who defected to the West from the Soviet Union in 1961 and died from an AIDS-related illness in 1993 aged 54.

“This will be the first time there’s been a Rudolf ballet here,” he said.