Tired of war, South Sudanese youth turn to art to push for peace

South Sudan has been divided by years of civil war. 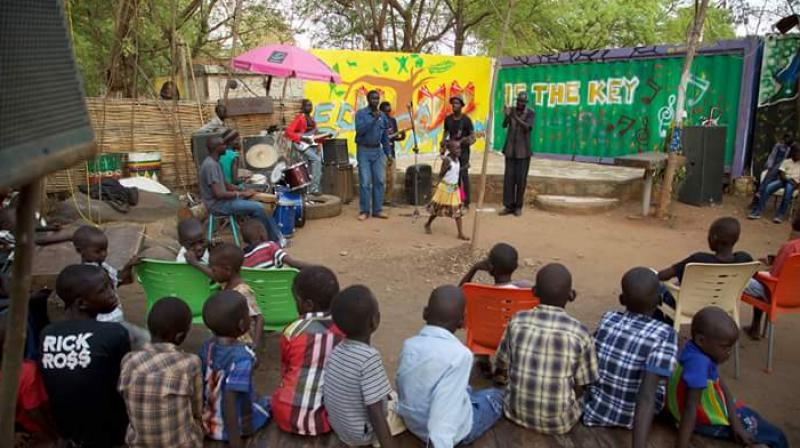 Juba: South Sudanese activists are using music, poetry, theater, comedy, dance and fashion to preach tolerance in the world's youngest nation which has been divided by years of civil war. South Sudan won independence from Sudan in 2011 but descended into war in 2013 after President Salva Kiir fired his deputy Riek Machar, unleashing a conflict that has spawned armed factions often along ethnic lines.

Supporters on both sides, many of whom reside outside of the country due to the conflict, have taken the hostilities to the Internet, using Facebook and Twitter to take each other on with posts that are sometimes deemed hate speech. Enter Ana Taban, which means "I'm tired" in Arabic, a group of young musicians, fashion designers and poets who are using art and culture to demand peace in their homeland.

"I hope for better serviced institutions, better opportunities for youth, a country where I don't need to be from a specific tribe," said Ayak Chol Deng, 31, an epidemiologist, spoken word poet and activist who co-founded the group about a year ago. The group holds regular open-air performances around the capital Juba and in other towns to call for peace and to educate their fellow citizens on the need for a non-violent resolution of the conflict that has cost thousands of lives.

Meen Mabior Meen, 30, a rap musician and founding member of Ana Taban, said it is a platform for the youth to tackle issues that can change the country. He spoke at his home in Juba, sitting next to the crib of his new-born child.

Such powerful aspirations are also attracting people outside of the country to the group, at #Anataban, in order to play their role in encouraging peace.

They include Abul Oyay, 30, a university student in neighboring Kenya. Ana Taban's members do not limit themselves to theatrical performances. Bright murals with messages calling for peace, created by its members, can be seen on walls around Juba. "We are focused on bringing the country together, bringing people together. We are neutral, we are non-partisan," said Jacob Bul Bior, 28, a radio and theater actor.