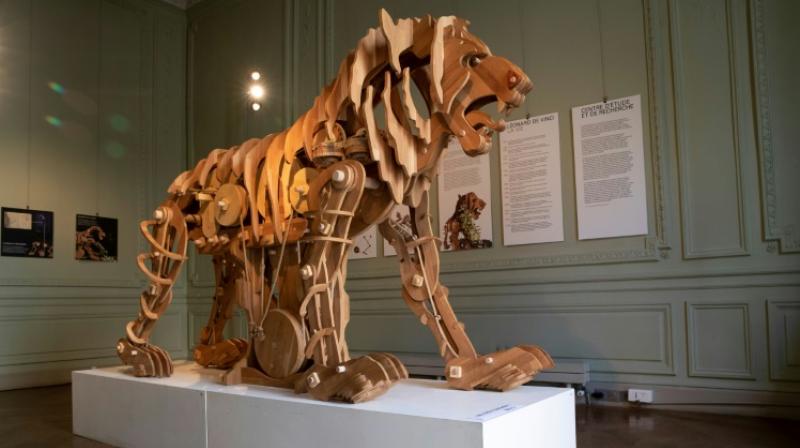 Da Vinci had a legendary obsession with the flight of birds and how understanding the mechanism could lead to the creation of a human flying machine. (Photo: AFP)

Paris: Leonardo da Vinci's famous mechanical lion on Wednesday went on display in Paris for a month, in a tribute to the Renaissance master 500 years after his death.

The lion, which is two metres (six feet, seven inches) high and three metres long and made of wood with a metal mechanism, is a reconstruction based on a rudimentary sketch left by da Vinci. The original automaton, long since lost, was designed by da Vinci on a commission from Pope Leo X to amuse French king Francois I.

Da Vinci, who died in May 1519, had a legendary obsession with the flight of birds and how understanding the mechanism could lead to the creation of a human flying machine.

The lion is on display at the Italian Cultural Institue in Paris.