A rare blend of Indian sensibility and Western academic art

We also notice in them a rare blending of the traditional Indian concept of visual expression and the Western academic art. 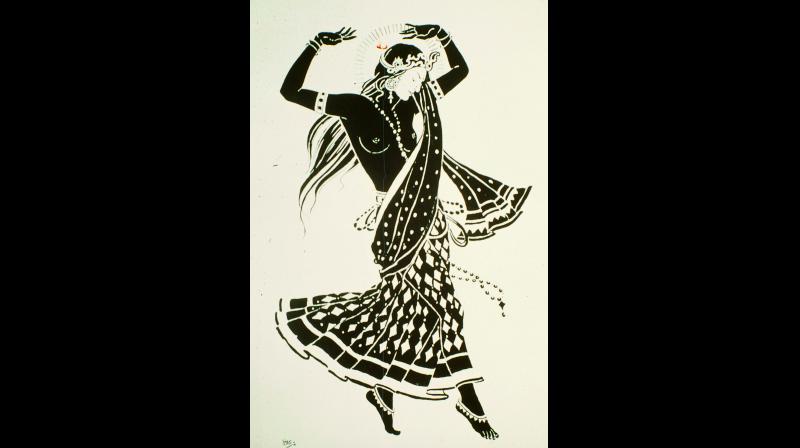 Beauty and dedication and Ecstasy, two works from the series ‘Woman and her moods’ by artist S.N. Chemkur

The Bombay Art School was set up in 1857 with the support of Jamsethji Jijabhai, a Parsi industrialist. The course of instructions followed the pattern of the British Council of Education.

Art is the creation of beauty,” says Will Durant. “It is the expression of thought or feeling in a form that seems beautiful or sublime. Indian art is a mirror of femininity which is visible in the wealth of sculptures and paintings where the female figures dominate the scene. Images of women are also a recurring theme in the miniature paintings which lay less stress on the female physical charm but more on her inmost character and moods.  The aim of this art was not realistic portrayal of women but to depict the essence of human joy, bliss and anguish. This was done by delineating the attitudes and gestures to show a variety of emotions and the ways in which they may be expressed.

The advent of the Raj brought British artists to India who influenced the work of traditional Indian painters who adapted their style to meet the taste of the British patrons. They also chose subjects which were in demand such as the pictures of common people of different classes, their diverse occupations, fairs and festivals and religious ceremonies and rituals. The term “Company School” refers to this category of painting by Indian artists and there is a vast collection of these in the British Library in London. Towards the end of the 19th century, along with the spread of Western education, the government decided to introduce academic art and modern concepts in the creative field of painting and sculpture.

Art Schools were set up in the metropolitan cities of Madras, Calcutta, Bombay and Lahore. Accomplished British artists were appointed to head these institutions. They changed the whole system of art teaching which replaced the traditional relationship between the master and his apprentice. There are also marked differences between the British and Indian artistic perception and techniques.

The Bombay Art School was set up in 1857 with the support of Jamsethji Jijabhai, a Parsi industrialist. The course of instructions followed the pattern of the British Council of Education. In the early years, a number of students graduating from the school applied their talents to producing popular Hindu mythological pictures which had a ready market. By the end of the 19th century, the J.J. School of Art came out with distinguished artists like Pestonji Bomanji, D.V. Dhurandhar, A.X. Trindade, Abalal Rahiman and G.K. Mohatre who were inspired by the European art manifest in the statues of the Venus de Medici and Appollo Belvedere kept in the school premises. Drawing from live models was experimented in 1890s but models were not easily available. It was only in 1920s that regular drawing from undraped figures was introduced by the school director Gladstone Solomon.

S.N. Chamkur, the Andhra artist, graduated from the J.J. School of Art in 1920s. While specialising in portrait painting of the rich and famous, he also made his mark in depicting mythological episodes. 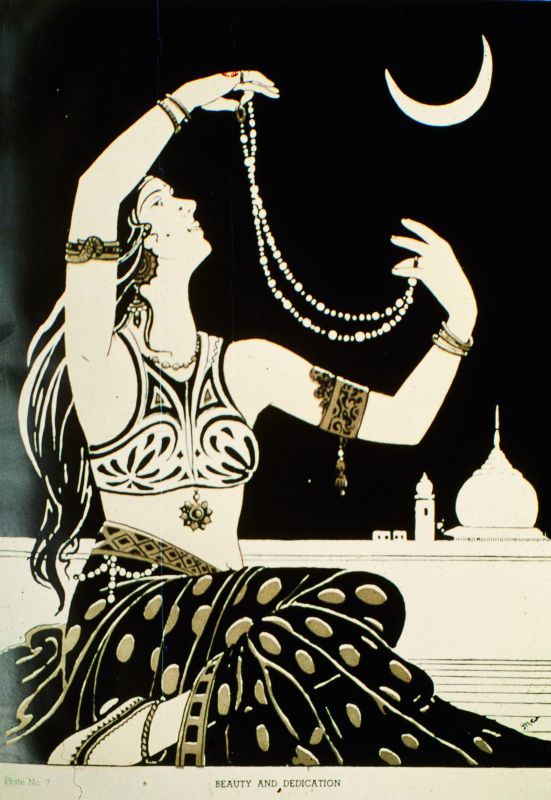 He participated in several art exhibitions held at Calcutta, Madras, Poona, Bombay and Hyderabad where he received prizes and certificates of commendation. One of his works showing the enchanting and all glorious flute wielding Lord Krishna captivating the Gopis was awarded the best pictorial composition prize by the Bombay Art Society Exhibition in 1928. A disciple of Damarala Ramarao, founder of the Andhra School of Art, Chamkur not only carried on his Guru’s tradition but enriched it with his innovative work.

Chamkur’s Album of 24 beautiful pictures under the title “Art and Beauty” published in 1937 was hailed as a masterpiece and one of the finest contributions to the Indian art of the day. The enchanting female figures executed with rare skill are charged with emotion and ease, the lines flow smoothly and harmoniously bringing out the essence of life with its joys and sorrows. A mere glance at these figures is a visual delight and one marvels at Chamkur’s techniques, fancy and imagination. The most amazing features of his work is the illusion of a colour scheme in spite of the drawings being in black and white.

We also notice in them a rare blending of the traditional Indian concept of visual expression and the Western academic art. Chamkur’s extraordinary depiction of women in different moods was also recognized as a part of the renaissance in art experienced by the country at that time. He is perhaps the only artist of his time to give visual expression to the formidable subject of woman and her moods and that too with such vigour, freshness and sincerity. A contemporary art critic observed that “if a thing of beauty is a joy for ever, Chamkur has quite a number of perennial joys packed in his Album”.

The writer is an author best known for Lahore: A Sentimental Journey