A kaleidoscopic view of living spaces

A Kolkata-based artist exhibited his works on an urban setup and overwhelming humdrum of city life. 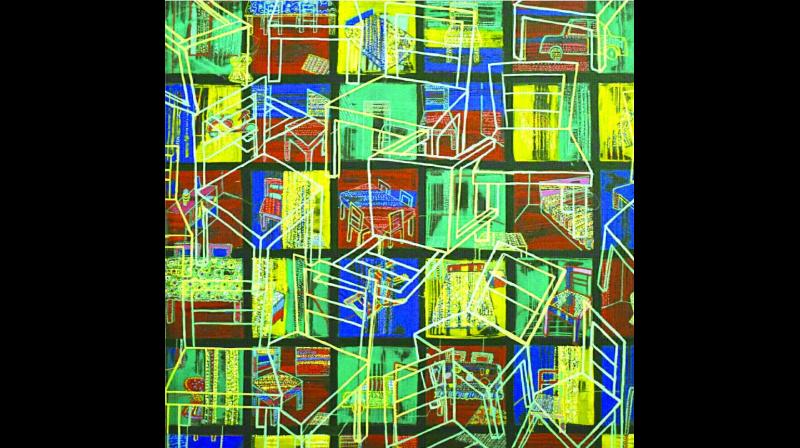 Malay Saha, a Kolkata based artist who loves to projects his works in blacks and whites, squares and checks and flats and textures, recently exhibited his 6th Solo exhibition ‘Framed Within’ in Delhi at Triveni art gallery.

Settled in a complete urban setup and overwhelming humdrum of city life, Malay’s artwork reflects awareness and spatial relationship between objects and the beholder. Through squares, rectangles, intricate dots and forest of lines, he explores the relationship between visual and psychosocial space of urban life.

“The exhibition was a project undertaken for almost a year. As any solo show requires a handsome body of quality works, ‘Framed within’ also has been conceptualised with enthusiasm and care. Every detail has been taken cared of to host a successful display of my works,” says Malay.

On asking the reason behind the title ‘Framed Within’, the artist replies, “It was a conscious effort to title the exhibition as relevant as possible with my works. As my canvases display abrupt chunks of the animated drama of rather lifeless objects, likewise the entire exhibition displayed the candid views of the same, captured within frames.” 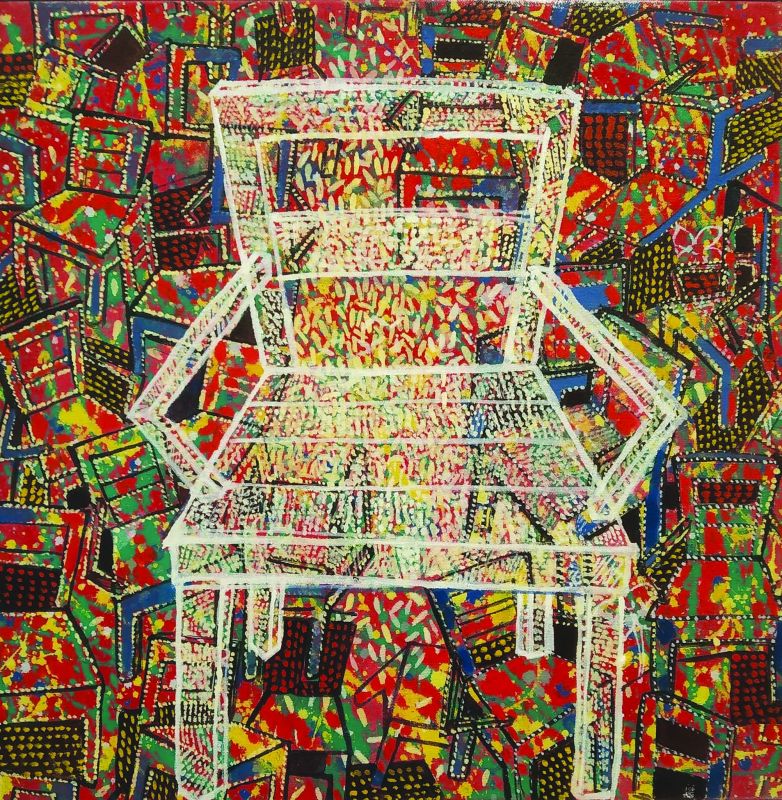 There were a diverse format of paintings displayed in the exhibition along with black and white drawings, colourful paintings, with this there were small canvases with a minimal approach and larger ones were filled with colours, lines and intricate textures.

Saha also explains about this work and styles and says, “I deviated from my traditional training of watercolour, oil, tempera at the very early stage of my professional career. I was more influenced by the colours of Indian Manuscript paintings, intricate textures of Patachitra and minute detailing of Indian miniatures. These influences eventually amalgamated into a personalized style. I mostly work with objects like chairs, beds, curtains, sofas, structures etc and like to animate them into some dramatic arrangements of candid frames.”

Talking about the challenges he faced, the artist replies, “Hosting an exhibition in another city is always a challenge for any artist but the greater challenge for me was to engross the viewers into a thoughtful voyage through a forest of lines, dazzling colours and intricate textures of my canvases which are almost bereft of human presence.”

Malay prefers to work with acrylic on canvas. But also uses mediums like paper or paper mache, and strings to enhance the effects as required.

Talking about the experience he had while hosting this exhibition, artist shares, “It was very encouraging. The appreciation from art lovers and connoisseurs inspired me to come up with the even better body of works on a larger scale shortly.”