Wound around the magic of pashmina

These are of a rare quality and the better the quality, the more prohibitive they are in terms of price points. 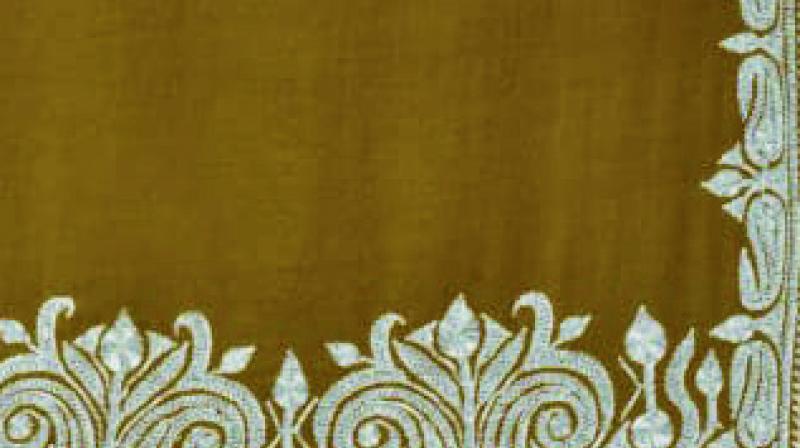 It is that time of the year when the rustle of silk and the snug warmth of pashm or pashmina’s silky skeins wind their magic around my heart in threads of softness. It is a lure that is aesthetic as it sociological for the creation of pashmina as a textile and its embellishment is an important economic activity for people from Kashmir.

It is fast changing though as increasingly fewer younger people are indulging in it. The reasons are obvious — it is an extremely time-consuming job and the wages are often not commensurate with the effort. But for the moment I want to indulge in the luxurious ehsaas of being enveloped in its warmth. For me winter is signalled when two of my faithful shawlwalas arrive with kahva tea and suitcases of enticing beauties in tow. Often I just admire the unaffordable ones like one would a painting in a museum and others I greedily acquire — some, mentally chiding myself for my greed and figuring out how to pay for it! 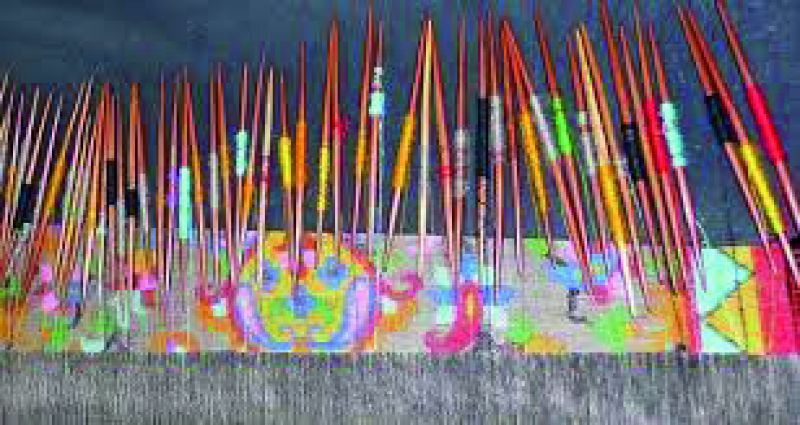 My own tryst with the shawl was triggered by a dorukha Kashmiri pashmina shawl that belonged to my mother’s masi Lakshmi Devi, who I idolized in my childhood as an extremely beautiful, fiercely independent and amazing woman who was among the first few graduates from Indraprastha College. She believed in following her heart and paying the price for it. I was given the shawl by her Russian Jew  daughter-in-law in London when I had gone to study here in the mid-90s saying that things must go back where they belong. That line stayed with me as I tried to garner more about the pashmina and its creation and aesthetics.

Nurturing the crafts and involvement in time-consuming craft creation is essentially a peace time activity the world over. A community that lives within the ambit of unrest will never be able to sustain the creation of high quality crafts and slowly their crafts will decline and eventually be hurled into oblivion. 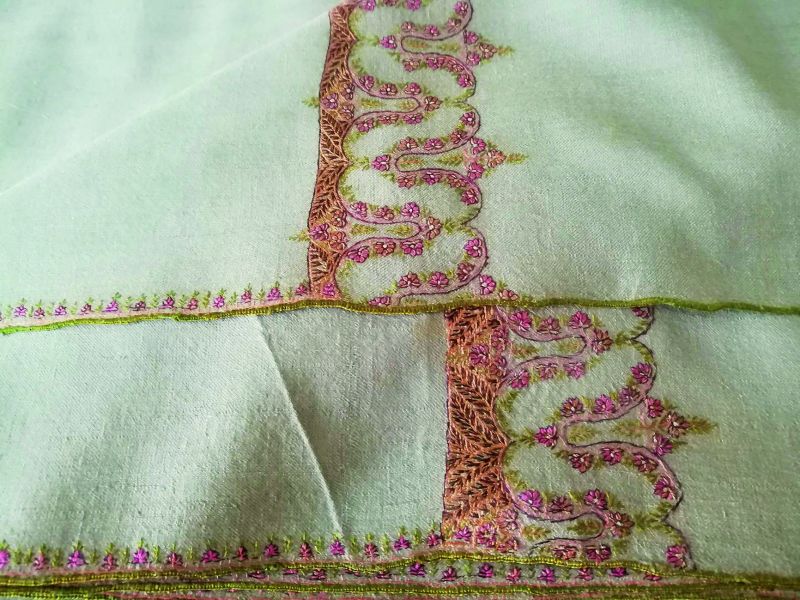 Kashmir finds itself in a peculiar position where its essential survival modes are its crafts and tourism —  and unfortunately the eco-system of both is equally fragile.

I feel the fine Kashmiri shawls’ crafts need to be put in the same category as the veritable classical arts of the country. These are of a rare quality and the better the quality, the more prohibitive they are in terms of price points. Obviously there is a certain aspirational value attached to them like all things that are valuable.

And with fewer artisans and crafts persons willing to take on such time-consuming activity, these are going to get increasingly difficult to get the better ones.

As I see it, there are two broad categories of the Kashmiri shawls — one is the woven category that are the kani, kani jamewar as far the high end karigari goes and the basic woven shawls in pashmina, shahtoosh and merino wool in a variety of designs like a multitude of stripes, checks and plains with in-built designs like the bul-bul chashm meaning the bird bulbul’s eyes which is the concentric diamond design. 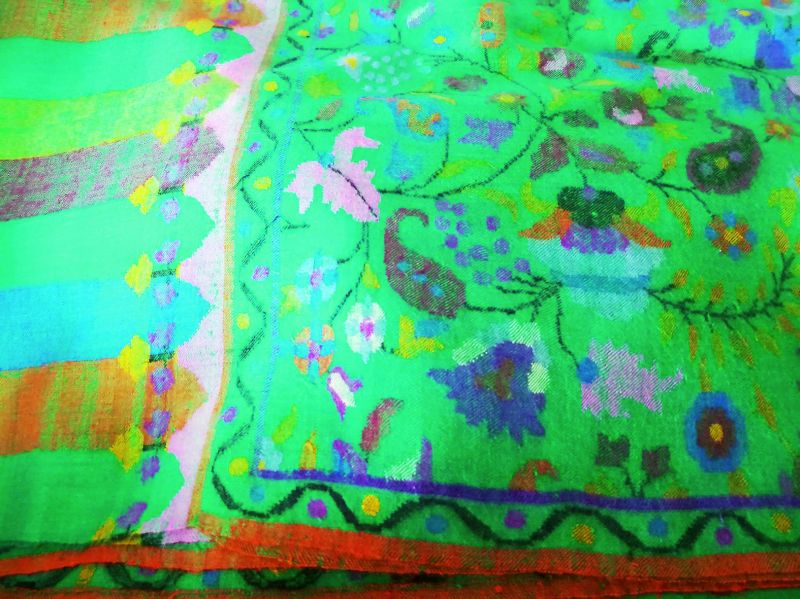 With the shahtoosh shawls having been banned, pashmina rules the roost in the upper segment and merino in the middle segment. Some of the machine woven pashmina also comes from Punjab.

The other area where is pashmina is woven is Himachal Pradesh which is thicker and looks more rustic. The absolute lower fabric is not made in Kashmir but in and around the plains and sent there for embroidery. Few know that some embroidery also happens in and around Aligarh that masquerades as Kashmiri embroidery.

On these various thickness’ of pashmina is a vast array of embroidery in silk and cotton thread in Kashmir. When it comes to kashida work, there is more than one type of embroidery that is used to create different looks. One of the most popular styles is the sozni embroidery. This embroidery is created so skillfully that the patterns and kashida embroidery motifs can appear on both sides of the garment in varying shades of color. This makes it perfect for shawls that can be worn with either side showing.

The patterns or motifs created in this style are usually outlined with fine black threads. The look that is created on the garments resembles stained glass work that can be seen on buildings. A relatively thicker type of embroidery is the “crewl” work which lends itself to a myriad uses on thicker to finer fabrics. 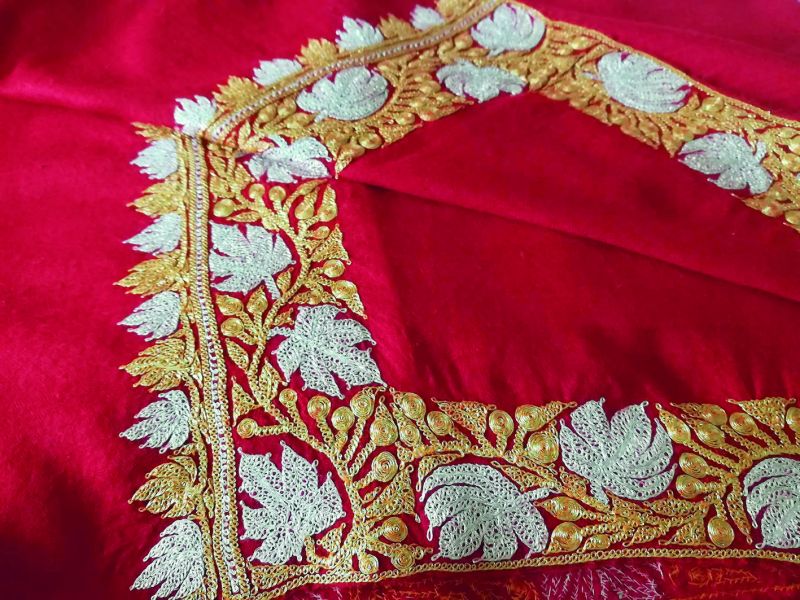 Gold and silver tilla on pashmina

The ever popular motif is the paisley in a million styles and sizes that are often referred to as the badam or the almond. It is embellished and decorated and made in a simple form on the borders, as buttis or as the kona or on corner where the sides of the borders converge.

The chinar or maple leaf gives the badam close competition in terms of being a design favourite. From the lush to the autumnal it abounds in every possible form and colour from the jaal to the butti to the border.

I love the myriad moods of the chinar and the stylised badam as the paisley is referred to in Kashmir with the affection of a thoroughbred indigenous Kashmiri.

The golden thumb rule in any piece of embroidery is to look at the back. The real thing will have the occasional knot — though in the Kashmiri embroidery sometimes it is impossible to tell for they pride themselves on the do-rukha meaning valid from both sides type of embroidery.

One should also watch out for unscrupulous shopkeepers cutting corners by mixing hand and machine embroidery so smartly that it is impossible to tell. Another time tested thing is to run your hand flat on the surface of the shawl to check for near invisible darning or hold it against the light. 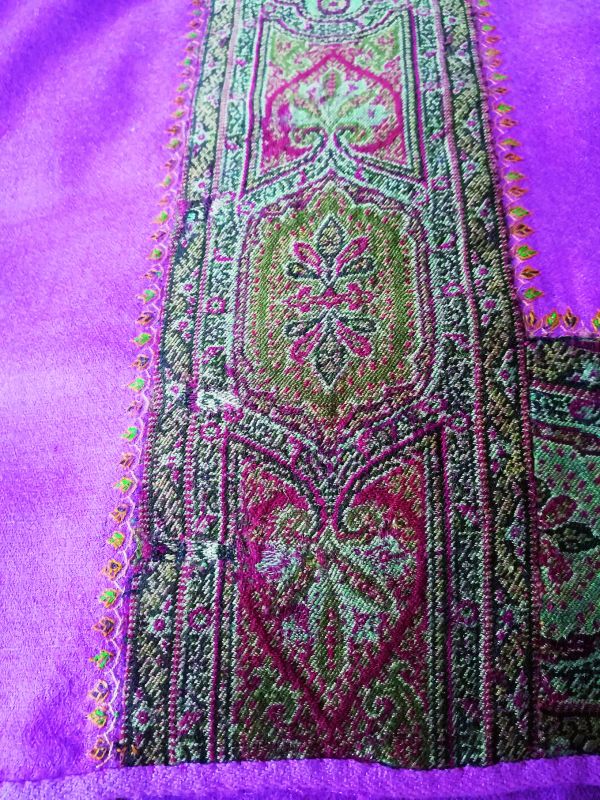 There is a huge racket as far as kani shawls go. Very fine quality printing of the kani shawl design is being done and fine hand embroidery is used to outline it and it is being touted as the real kani with outlining and costing a huge packet. Often mill-made kani is being sold by unscrupulous people as the real woven thing. Pashmina that is hand woven is expensive and similarly mill-made non-pashmina is often touted as the real thing.

My shawlwala advises me that pashmina needs to be stored with dry cloves and dried neem leaves. He says each shawl should be stored separately preferably in muslin bags. They should not be stored under heavy weight sarees etc. or worn with zardozi or mukaish embroidered clothes lest the wires damage the shawls.

As the pashm envelops me in its soft warmth, I am convinced that the best way to support and sustain any craft is to use it so often that the craftspersons feel confident to invest their time and money to create more as they find markets for their creative impulse.

The writer is an art curator and artist and can be contacted on alkaraghuvanshi@yahoo.com