Experience the spirit of Van Gogh at IIC

The second part shows the works he produced after he had moved to Paris (1886-88) wherein he did many of his iconic self-portraits. 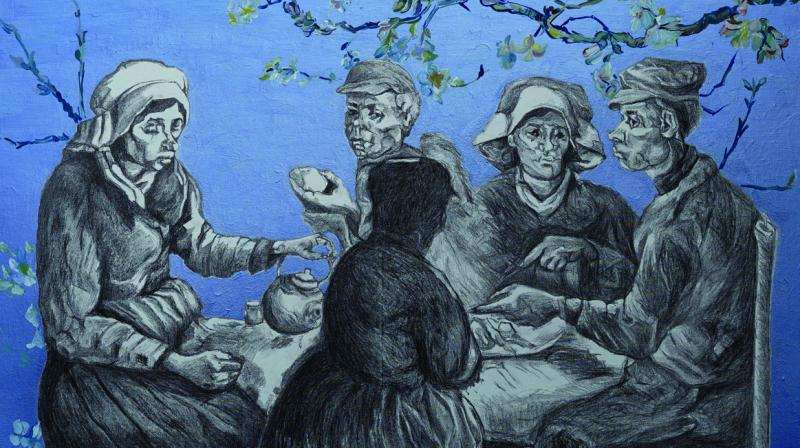 Kohli has created Sunflowers using acrylics and ink on canvas with silver leaf.

Want to experience the spirit of Van Gogh? Visit India International Centre. Habiart Foundation is holding Reliving Van Gogh: A Café Exposition, at Gandhi King Plaza at the India International Centre The show will remain on till Feb 17. And if you want to understand the spirit of Van Gogh, attend the interactive session Potato Eaters Party that’s held every evening, at 4 pm

On display are the art works of three artists, one from India, Seema Kohli and two from Bangladesh, Begum Tayebba Lipi and Mahbubur Rahman.

It was in 2015 that these three artists visited three museums abroad: Van Gogh Museum in Amsterdam, The Kröller-Müller Museum in Otterlo and Het Noordbrabants Museum in The Netherlands, and studied the works of the celebrated artist. Motivated by their trip, they created artworks inspired by Van Gogh‘s creations using the image of The Potato Eaters and Almond Blossom. The trip was organised by Habiart Foundation, involved in promotion art for nearly three decades now. “It was an art adventure, a journey inward as the agony and exuberance of Van Gogh symbolised life,” says Rekha Mody, who conceptualized and curated the show. 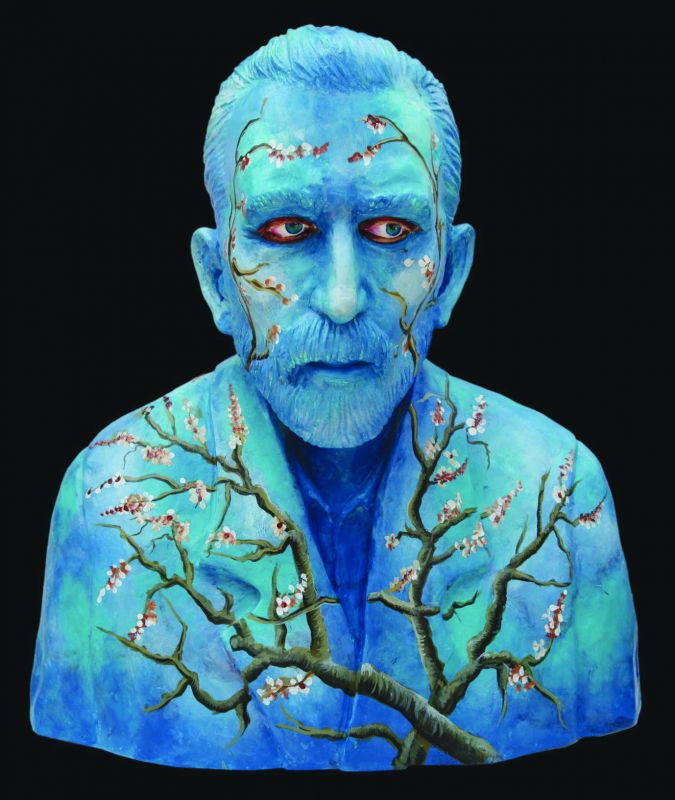 “As an artist, Van Gogh sure is inspiring but his life inspires me more. The sheer simplicity with which he touches every sphere of life, whether it is Potato Eaters or Starry night, transport you into a different era and a different realm of life. The bloodline is the struggle, confusion, its interpretation and the feeling of being misunderstood as an artist by common people,” says Kohli.

“Understanding Van Gogh was a big challenge for me; his works are diverse and many,” says Lipi, who felt literally captivated by the radiance of Almond Blossom which she used as a background to brighten potato eaters. Rahman on the other hand was moved by the strife in the life of The Potato Eaters and he tried to depict that through four portraits and his seven panels.

“Van Gogh was an experimental artist. He brought down his needs to basic minimum just to understand the people he was painting. His understanding metaphysics and rest of the subjects too go beyond the stars. Even the simplest of his subjects had an in depth study and implementation in his own life,” adds Kohli.

At the IIC show, Van Gogh’s paintings are divided into three sections. One showcases his darker early work in The Netherlands, including The Potato Eaters from 1885 and the Skull of a Skeleton with a Burning Cigarette 1886.

The second part shows the works he produced after he had moved to Paris (1886-88) wherein he did many of his iconic self-portraits.

Finally, we get to witness the more colourful South of France period including The Yellow House 1888, Sunflowers 1889 and Almond Blossoms celebrating the birth of his nephew in 1890 just before his own death.

Van Gogh is also remembered for doing more than 30 copies of the works by some of his favorite artists such as Delacroix, Millet, Rembrandt, using black-and-white photographs and prints and he described his copies as “interpretations” or “translations,” comparing his role as an artist to that of a musician playing music written by another composer.