Lockdown Liaisons, a collection of three eBooks by Shobhaa De is just what the doctor has ordered this Covid season 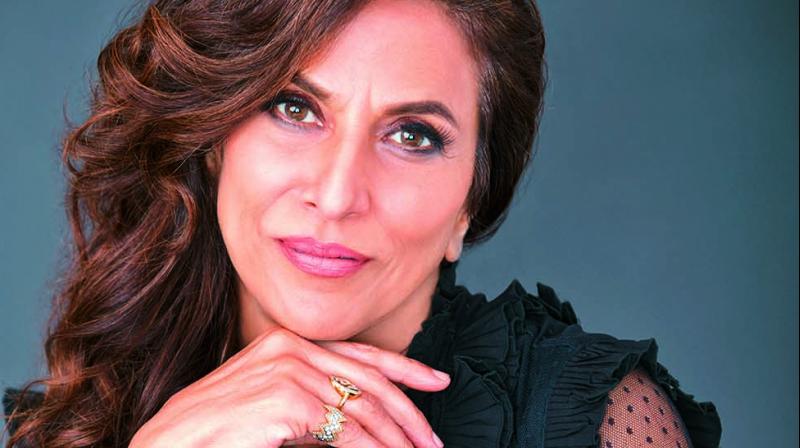 In her characteristic no-fuss style, Shobhaa De delves into the lives of the middle-class milieu.

She showcases, among others, squabbling couples as they grapple for mental and emotional space, wives who are repulsed with the forced physical intimacy with their partners and a lonely married migrant worker finding love amidst ruins.

Shobhaa explains, “These are not pretty and palatable fairy tales. The lockdown has been brutal it has brought out our worst side as human beings.

Blame it on feelings of claustrophobia, impending death, stress, monotony. In the bargain, close relationships became the first victims of the pandemic.”
Excerpts from a candid email interaction with with Shobhaa De.

In Book 1, the first three stories have an ambiguous ending. Was this deliberate, to keep the readers hooked?

As an avid reader myself, I hate being spoon-fed. I love open/ambiguous endings, be it movies or books. Why not let the reader swap places with the character and imagine what he/she would do in an identical scenario?

The story with the couple squabbling has a very contemporary vibe especially with the cuss words in it. How different was the equation in your time?

There’s definitely a generational shift. I had never heard a cuss word from either of my parents. My generation was a little more lax, especially while using the ‘f’-word. There’s no holding back today’s couples, not only with their vocabulary, but also in the free expression of their unfiltered emotions.

In the story about the woman who refuses to have sex with her husband considering her background, do think women in such situations can withhold sex?

Yes, if they have sufficient pride and refuse to endure daily humiliation. Withholding sex is the only way they can ‘hit back’. Sex is the only weapon they possess. Women without any means, who’re entirely dependent on their husbands, often resort to using sex as a bargaining chip.

The migrant worker narrative highlights the dual lives people lead, in which a fantasy relationship gives the man hopes.

The migrant worker’s relationship with a co-worker is not fantasy. For the first time in his difficult life, he discovers tenderness and his own emotional core. He feels exceedingly protective towards an oppressed young widow.

He is torn between his own desire to leave the city with the other migrant workers from his village, who decide to trudge back, and his sense of responsibility for the woman he has developed feelings for. Then there is the other compulsion his wife and kids back home, who are worried about him dying of the virus.

Book 2 turns more intense...
As a writer, I didn’t want to let go this dramatic moment in history without documenting it in my own way. I wrote the first book as an immediate response to the crisis, which at the time was just unfolding. I’d just concluded 60 episodes of my daily vlog titled Lockdown Chronicles on Instagram.

The book started where those ended. The short-story format seemed the perfect way to chronicle what was happening beyond one’s own window.

I hadn’t thought then of publishing the collection. That came later, when I strongly felt I wanted to share all these ‘voices’ with readers, who may have experienced some of these dilemmas during the lockdown. I was delighted when Simon and Schuster jumped at the idea, and we figured around putting them out there as eBooks quickly.

I’m glad you recognised this aspect. Today’s ‘wife’ has moved miles away from accepting a ‘doormat’ position in marriage. She’s mature, sensitive and wants more out of life and marriage. The lockdown time with her husband provides the perspective she needs to make an important decision not rashly but wisely.

In Vodka and No Tonic, I found the concept of sexual detox funny but real. People don’t want to mess around during Covid-19, with many couples having severe issues with the lockdown. Do you think it’s because couples in modern marriages aren’t used to spending so much time together?

I believe most young couples have forgotten what ‘intimacy’ means. Their relationships seem bloodless and transactional, with very little emotional and physical connect, and their lives consumed by career goals and consumerism.

The underlying theme in the three books seems to be about women in unhappy marriages and sexually dissatisfied and abusive exploitative men. Is this a direct fallout of Covid-19, where women are questioning their lives?

The idea was to table mixed feelings of being ‘trapped’  physically and emotionally because of Covid-19. We are all paying a huge price for what has been unleashed on the world by a microbe.

Women in particular find it harder to cope as the burden of domestic management has fallen largely on them. Additionally, with home schooling and other responsibilities, women are definitely feeling deeply oppressed. Sex is last on their minds.

The institution of marriage is going South. Perhaps it is in the process of being redefined. We may arrive at a new format, keeping with today’s changed environment. Who knows?

Your writing is simple and evocative. There’s a tendency among new-age authors to try and impress readers with their extensive vocabulary  a desire to use every new word in the dictionary!

This is and has always been my ‘voice’, from the time I started writing over 45 years ago.

For me, writing a book is a conversation I’m having with my reader. I write the way I speak directly and minus the flourishes. I prefer a form of communication devoid of literary gimmicks and attempts to show off, which I find is a tiresome, pretentious trait in writers.

Good communication is about conveying what you wish to say in an accessible way to illuminate, not impress which is why I admire R K Narayan. It’s a joy to read him. His sophistication as a supremely talented storyteller lies in the simplicity of his words. Milan Kundera’s another master.