Buddhist artefacts are being reinstated in Aghanistan 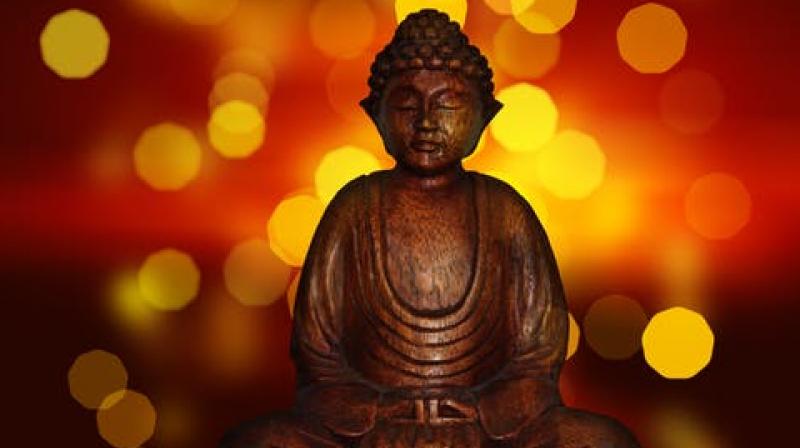 Buddhist artefacts were destroyed 18 years ago by the Taliban in Afghanistan. (Photo: Representational/ Pexels)

Kabul: Restoring Afghanistan’s Buddhist artefacts that were destroyed by the Taliban 18 years ago is like working on a 1,500-year-old jigsaw puzzle, say conservators working on the latest restoration project. The militant Islamic group in 2001 destroyed artefacts dating from the third century when many Afghans practised Buddhism, including two towering Buddha statues in Bamyan province and scores of smaller ones excavated from monasteries and preserved at the national museum in Kabul.

After the Taliban government fell that same year, the museum began restoring remnants of the country’s Buddhist history. The latest US-supported project aims to reassemble thousands of pieces into statues within the next three years. “It is very important (work) because it is actually restoration of our heritage, our identity, our past,” said Mohammad Fahim Rahimi, director of the 100-year-old National Museum of Afghanistan.

“Buddhism was practised here for more than 1,000 years. That’s a very large part of our history,” he added. Forty years of war, from the 1980s Soviet occupation to internal fighting and the war against the Taliban, have destroyed much of Afghanistan’s art, artefacts and architecture. Warlords stole other pieces and sold them abroad.

Conservator Sherazuddin Saifi, 62, was working in the museum under the Taliban in 2001. “They wanted us to tell them the number of antiquities and we ignored their request, but some days later they came and started breaking the antiquities,” said Saifi, who still works at the museum.

“These antiquities are the national treasure and the history of our country and show who lived in this country,” he added. In a classroom at the museum, Afghan conservators work alongside experts from the University of Chicago’s Oriental Institute. U.S. assistance is invaluable because Afghan conservators lack experience and the necessary chemicals and glues for restoration work, Rahimi said.

Sometimes they can work from archived photos that show the statues intact. In other cases, 3-D imaging and imagination are required to sort and reassemble stucco shards of Buddha faces, hands and torsos. A spokesman for the Taliban, which was until last month in peace talks with the United States, said the group has no plans to destroy antiquities.

“All antique artefacts will be preserved in their place,” spokesman Suhail Shaheen told Reuters. “They should be preserved for the history and culture education of the upcoming generations.” US President Donald Trump told a rally on Thursday American soldiers have been in Afghanistan long enough, but talks with the Taliban on withdrawing US troops, intended as a step toward peace, broke down in September.

The prospect of reintegrating the Taliban in a power-sharing deal troubles Rahimi, who is looking at options for moving the artefacts if they are threatened again. “We cannot let that happen again to our heritage,” he said.