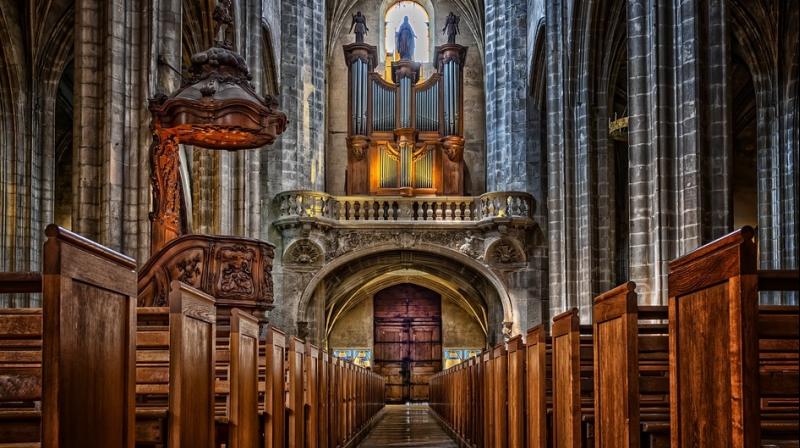 Restorers used a wind tunnel to help dry the tapestry before freezing it to kill off any fungi and parasites that might eat away at the weaving. (Photo: Representational/Pixabay)

Paris: An ornate tapestry woven in the early 1800s and rescued from Notre-Dame de Paris cathedral after a massive fire in April is going on public display for only the third time in recent decades.

Donated to the cathedral in 1841 by King Louis-Philippe of France, the 25-metre (82 ft) long rug with its colourful cornucopias and vivid crowns of flowers was historically rolled out on special occasions, including the visit of Pope John Paul II in 1980.

When firefighters hauled the water-logged rug from the blackened interior of the cathedral days after the April 15 inferno it weighed two tons, twice its usual weight.

Restorers used a wind tunnel to help dry the tapestry before freezing it to kill off any fungi and parasites that might eat away at the weaving, said Herve Lemoine, director of France’s Mobilier National, which oversees the country’s collection of valuable furniture and artworks.

“It suffered water damage during the operation to contain the fire. As you can imagine, with the heat of the fire, and also because at that time we were entering into summer, there was a risk fungi and parasites could damage the weaving,” Le Moine said.

The tapestry has only been on public display twice in the past 30 years. It will be open to public view at the Mobilier National during Paris’ European Heritage Days on Sept. 21-22.