Everyone wants photos with us now, says Dhananjayans

This time, they got the legendary dancing couple, the Dhananjayans (VP Dhananjayan and Shanta Dhananjayan) onboard to do some engrossing promotion. 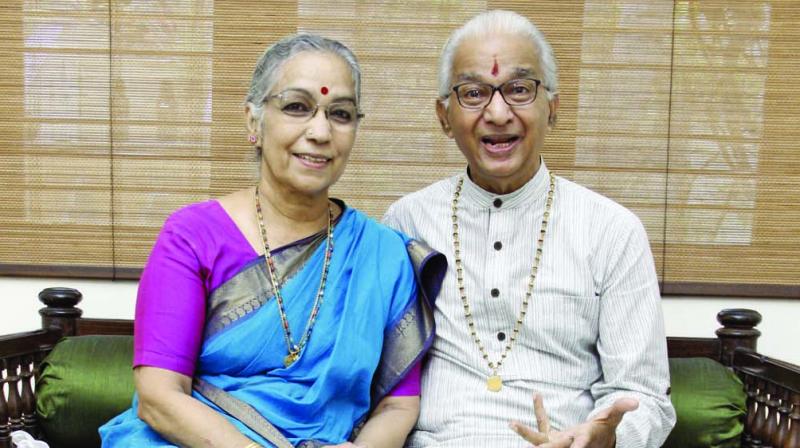 Mobile network Vodafone, known for their innovative ads, struck again with a series of videos about a senior couple on their second honeymoon to Goa. This time, they  got the legendary dancing couple, the Dhananjayans (VP Dhananjayan and Shanta Dhananjayan) onboard to do some engrossing promotion. You don’t change the channel when they show up on TV, because they are far more amusing than the show you’re waiting for!

Fame is not a stranger to this lovable couple from Chennai, who have won the Padma Bhushan award for their classical dance — but the magnitude of fanfare is a surprise even for them. In person, the Dhananjayans are not the same old vibrant couple you get to see on TV —they are far more refined, but there are those disarming smiles which are perhaps the success of the advertisements. In an interview with us, they speak about their previous ads, what adventure means to them, their new fanbase and more...

How did this advertisement come about?
The ad agency was looking for a real old couple, and somehow, they knew our younger son Satyajit. He asked us if we would like to do it. We thought ‘why not?’ and agreed. That very day, the casting director came home and took a screen and voice test. He told the director right away that we were a perfect fit. The next day, we had to fly to Goa. It all happened super fast; in a matter of two days. 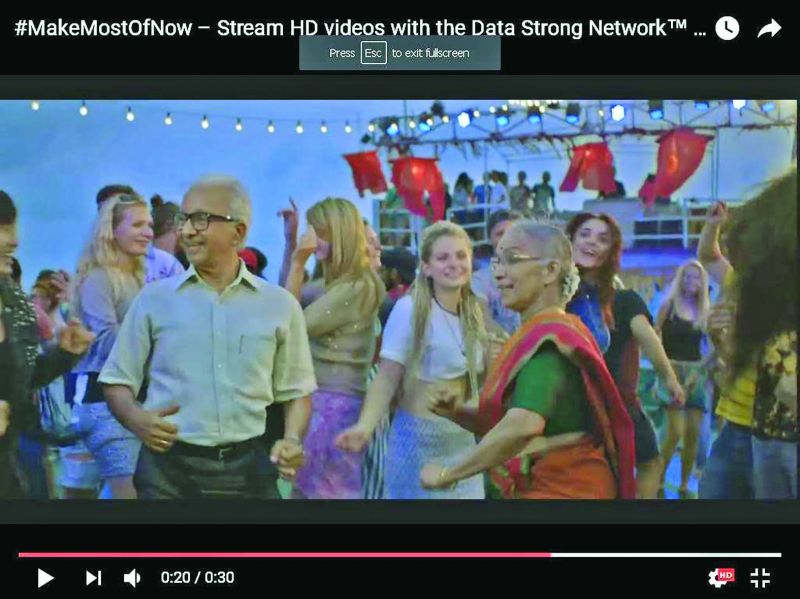 Stills from the ad

Did you predict that the ads will become a sensation?
Oh! We absolutely had no idea. It was a big surprise for us. We never even dreamt that this would become such a big hit. The pleasant surprise is yet to wear off. We can’t understand what works for a common man and how something like this reaches them so effectively.

There are a lot of new fans of yours out there who don’t know about your art; how do you feel about these new fans?
Yes. People in the art field and art connoisseurs recognise us. Now, other people stare at us on the streets. They slowly come up to us and ask ‘Are you the same couple who come in that ad?’ We recently went to watch Baahubali, and in the car parking, everyone wanted to take pictures with us! This is something new altogether!

what did you think of Baahubali?
It was quite good. It is a fantasy film, and that’s how you should see it. One shouldn’t compare it with other films. We are like that — we can tune ourselves to things and perceive it as how it should be perceived. For Indian cinema, this film is a great thing. 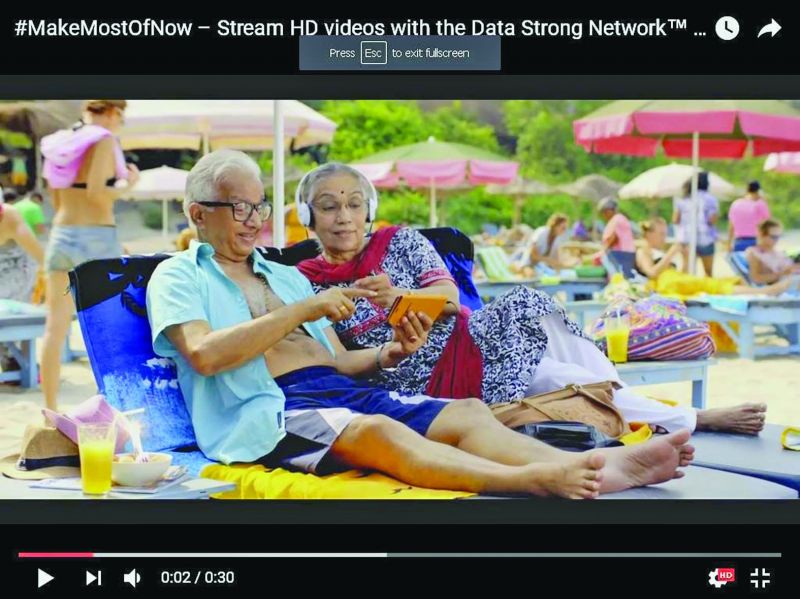 Does your art help your acting?
It helps in a way. In natyam, to get into the character, you have to take so many things into account like rhythm, music and stage environment — but for acting for the camera, you have to be natural. We have a technique called Vachika Abinayam in classical dance. We were able to incorporate that for giving different expressions in the voice intonations. Also, the natyam has contributed to our stamina. We were able to work for 18 hours straight!

How do the Dhananjayans relate to Balakrishnan and Asha from the ads?
We are different entities altogether. We haven’t gone on an adventurous trip, but when we go to countries for concerts, we visit places. During such journeys, we climb hills and explore caves.

What about acting in films now?
Well, if we get good characters and most importantly, a good director, we don’t mind doing it. Those days we had opportunities, but didn’t take it up because we weren’t very open to it. Now, we are growing (laughs) and our thought process is also growing with us. So, why not?

in terms of the classical dance scenario, what do you think about fusion and modern dance forms used along with Bharatanatyam?
There are two things happening right now. People like us do traditional classical dance, and there is the other side who do fusion. You can do fusion but without confusion. That is good. But the difference is that the traditional form stands the test of time, whereas the fusions turn out as a one-act thing. You need the base.

what do you think of the Representation of classical dance in mainstream films?
We feel that the film industry should take some interest in propagating our traditional arts and the beauty in our culture. This will help the younger generation understand our values. But it should be told in an interesting way... which has all the elements that would connect with youngsters and it also has a beautiful message about respect.

How did your sons — Sanjay and Satyajit — react to the ads?
Satyajit was with us and he knew what was going on; he visited the sets as well. The family was making fun of us (laughs). Our elder son Sanjay is in the US, and keeps asking us, ‘So, what’s next?’

More than our sons, the most excited were our students. They were amused seeing us in modern costumes. They exclaimed ‘Master, you are in shorts and T-shirts!’ It was a pleasant surprise for all of them.