Taking art and artists for granted

In one type of camp artists are expected to paint and give the work to the host at the destination itself. 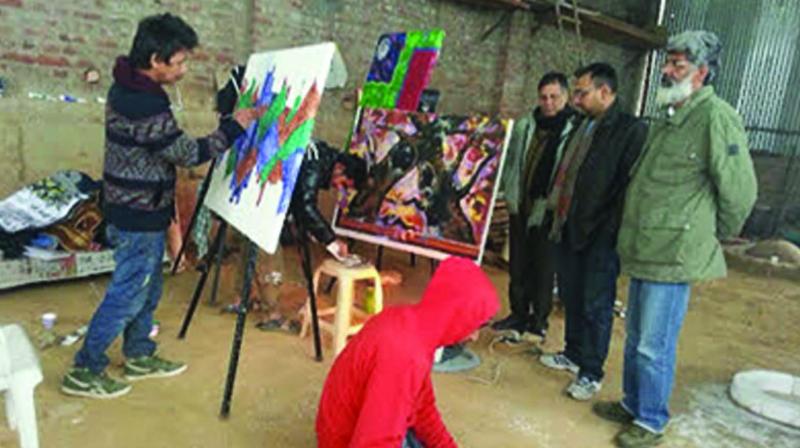 The problem is not the cause. It is not even the frequency of the donations. My problem is the Indian attitude to daan or charity.

Artists will do well to remember that whether they get their full fare or half ticket by some cheapskate, at the end of the day it is their name in the art market that is getting spoilt.

The social media is replete with artists in sylvan surroundings in various art camps — my response alternates from envy if the camp is in a place I want to go or sympathy for the organisers when it is a set of artists who usually get drunk and make a nuisance of themselves. My heart goes out to organisers who think art camps are a cheap way of acquiring art works, which is not the case. There is a saying in Hindi that a calf given in charity has no teeth. Art works acquired during an art camp — which have emerged as the daan ki bachiya or charity calf.

Organisers (usually artists themselves) of art camps invariably befuddle the sponsors paying for the camp, promising them the moon and the stars and the sky in one go. They tout art camps as the cheapest way of starting, completing or adding to a collection by getting a bunch of their own favourite artists or cronies together, taking them to some beautiful foreign or Indian destination and giving them chicken feed for their works as camp honorarium. 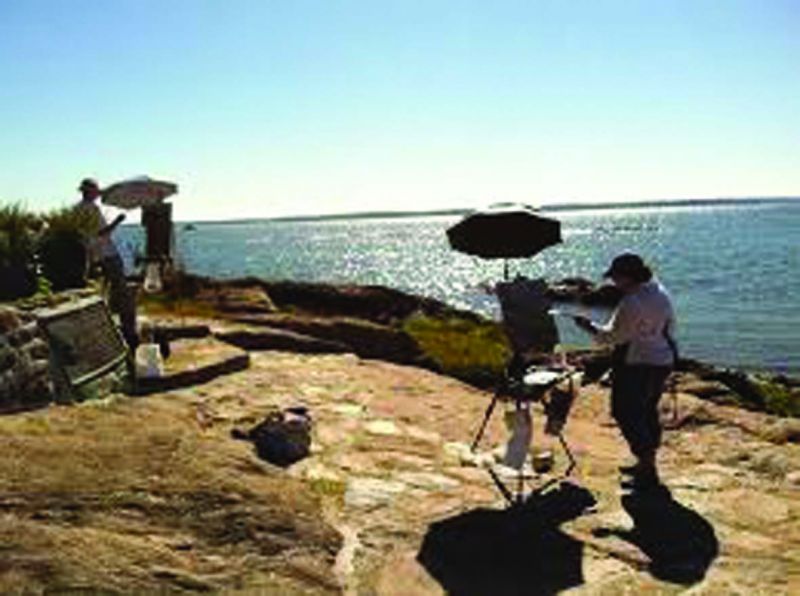 Even more hilarious is seeing the same circus of artists doing the rounds of practically all art camps. It amuses me to see one or two such artists who act like the middlemen of artists turn organisers and by virtue of that, get invited in practically every art camp in a clear case of quid pro quo be it in Switzerland or Shimla.

In one type of camp artists are expected to paint and give the work to the host at the destination itself. Here whatever quality of work emanates, the host has to be content with it. Many artists whose technique or style needs time often end up giving very shoddy works. In the other type of camp the artists are expected to give the works from their studio after returning from the camp. Especially if it is at a foreign locale it saves money on ferrying art material. Depending on the kind of time they had at the camp, works are usually given. The quality of the art works is marginally better in this one. Needless to say here too a lot of indifferent quality works are given out. Over the years, I have myself been sent images of works acquired at art camps by desperate people who wanted them to be assessed and were looking to offload them at virtually any price. 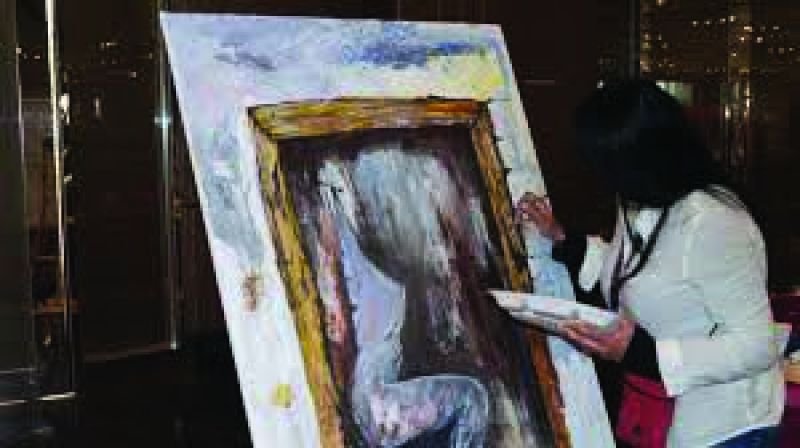 Artists will do well to remember that at the end of the day whether they get their full fare or half ticket by some cheapskate, it is their name in the art market that is getting spoilt with indifferent works floating around. You must have an idea of the background of the person paying for the camp and not trapeze off just because you got an invite — however tempting the destination, be discerning and choosy. It is these checks and balances that will really have a positive impact in restoring the dignity of the art and the artist and hopefully result in fewer bad floaters, and help in stabilising prices.

Another bee in my bonnet is fundraiser art shows. While the lists read like a veritable who’s who of the Indian art mart, the quality of the works is often another matter all together. It speaks millions about the sheer exhaustion of the artists in giving out free works for some “cause” or the other. I feel it is better to do fewer works, give in controlled numbers in charity and insist or return of unsold works.

But now thankfully there are fewer “cause-walas” out with begging bowls. When paintings were selling fast and furious, there were even more people out seeking the artists’ “help” by donations of works to raise charity funds. It got to such a point that every week someone wanted artists to donate. Eventually artists revolted and said only a certain percentage to be shared with the cause. When “cause-walas” figured that paintings were not selling enough to warrant the expenses on exhibiting them, most of them quietly withdrew.

The problem is not the cause. It is not even the frequency of the donations. My problem is the Indian attitude to daan or charity. Why must you want something back in return when you are giving charity? Even if you do, it is the classic case of the chicken and egg syndrome. When artists give indifferent works, buyers don’t take them seriously.

I have seen events in Dubai and England where the works offered in charity are of such good quality that they are worth acquiring and even bidding for in an auction. In fact, they are eagerly awaited events. One charity in Dubai is so high profile that buyers come from neighbouring Emirates to participate in it. It is not just the glitter quotient, when they give, they really mean it. We tend to give with closed hearts and it shows.

But, aha! The all-important but is that artists can’t live on giving donations. Selling paintings is their bread and butter and it is absolutely unfair to expect them to constantly give in charities that in turn put almost any price in a bid to sell and ruin the selling price of the artist.

I have seen many NGOs who have collected works from artists in the name of charity and build up their own collections.

Even worse are NGOs where the unsold works of even senior artists are lying around uncared for and gathering dust and moisture. It is disrespectful to everyone: The art, the artist, the cause, the NGO and most importantly the spirit behind the charity.

There are specific provisions in practically every religion to share your good fortune with others by doing charity and I feel it should have some meaning when we do it.

First of all, artists should give good works, insist on protecting their own pricing, NGOs should return unsold works, and there could be even conglomerates of fund raisers so that fewer auctions take place to ensure better participation from the buyers’ end. It should not be cheap way to acquire art works.