Banksy calls out Moscow gallery for showing his art without approval

Works by the anonymous artist are being shown at a Moscow gallery exhibition that organisers tout as the main art event of the year. 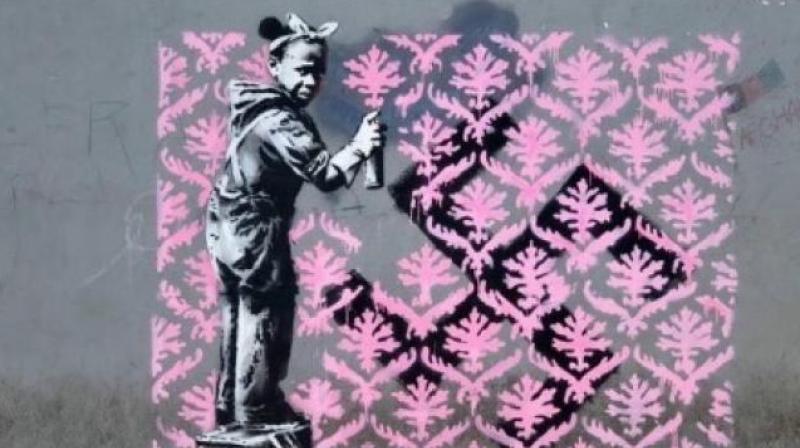 British graffiti artist Banksy said a popular exhibition showing his works in Moscow had been organised without his approval, adding that he would never charge people to see his art.

Works by the anonymous artist are being shown at a Moscow gallery exhibition that organizers tout as the main art event of the year and the first time Banksy’s art has been shown in Russia.

Over 250,000 people have visited this summer with entry costing up to 650 rubles ($9.7) on weekends, while VIP tickets that allow visitors to skip queues cost 1,400 rubles.

“I wish I could find it funny. What’s the opposite of LOL?” Banksy wrote on Wednesday on social media, using the popular acronym for “laugh out loud”.

The exhibition promoted with the slogan “Genius or vandal? You decide!” claims to display 100 exhibits, including original works, rare prints, 3-D objects and photographs.

The artist, who does not sell or seek permission to put up his work, said he had no connection with the exhibition.

“You know it’s got nothing to do with me right? I don’t charge people to see my art unless there’s a fairground wheel,” Banksy wrote in a text conversation with an unnamed second voice that he then posted in full as a screengrab on Instagram.

In the conversation, he questioned whether his own modus operandi meant he was the “best person to complain about people putting up pictures without getting permission”.

Elena Bukhmak, a spokeswoman for the exhibition, took that as a sign that he wasn’t criticizing the show, despite his other remarks to the contrary. She also said the social media post marked a rare engagement by the reclusive artist with a gallery showing his work.

“In our view, in this way, he indirectly showed approval for our exhibition and is showing this is a significant event for him too,” Bukhmak said.

Organisers expected a total of 300,000 visitors by the time the exhibition closes on Sept. 1, she said.