Reality bites for these folks 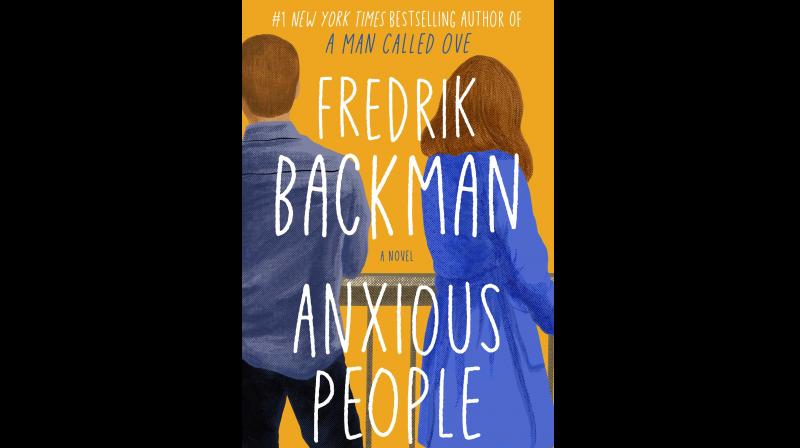 Anxious People by Fredrik Backman is just the sort of read that works in these anxious times. The book simply sucks you into its small-town world filled with interesting characters; each of whom is fighting their own inner and outer battles. The author, gained immense popularity with his literary debut, A Man Called Ove in 2012, which made it to the  NYT bestseller list.  His books are an addiction even for un-anxious people and it’s not surprising that entered the NYT list again in 2019 with this happy-sad narrative.

A bank robbery which turns into a hostage situation forms the plot of Anxious People, where seven people find themselves in a somewhat serious yet comical situation when they go apartment viewing. They are two couples, one older and married long enough to squabble over silly things. The younger couple is dealing with ego issues. There is a lonely elderly lady and a hostile banker all dealing with their inner demons as they gradually learn to find a meeting ground in this complication scenario, helmed by a robber who is clueless about how this take unforeseen plot forward.  In the outside world, there is a father son duo, Jack and Jim, police officers working together and depicting the working approach of two different generations.

Backman spins a saga that simply plays itself out in a seamless combination of wit that makes you laugh heartily and just as suddenly the story turns solemn with a sadness that is both heart wrenching and introspective. His writing is simple and devoid of fuss and that is what it resonates with the readers.

You can instantly narrate to his thought process when he says, “Sometimes it hurts, it really hurts for no other reason other than the fact that our skin doesn't feel like it is ours. Sometimes we panic, because the bills need paying and we have to be grown up and we don’t know how, because it is so horribly, desperately easy to fail at being grown up.” These lines make more sense as you begin to understand why the bank robber opted for this dangerous path.

Interestingly the characters names are revealed gradually, the focus being more on their personalities and the impact it has on the lives they lead. The man on the bridge (with obviously a background that gradually unfolds in the book) is also a metaphor for our ability to handle our struggles and failures.

Like Backman points out, “They say a person’s personality is the sum of their entire experiences. But that isn’t true, at least not entirely, because of our past was all that defined us, we’d never be able to put up with ourselves...”