Marjan Teeuwen works on buildings that are due to be demolished except this home was already destroyed. 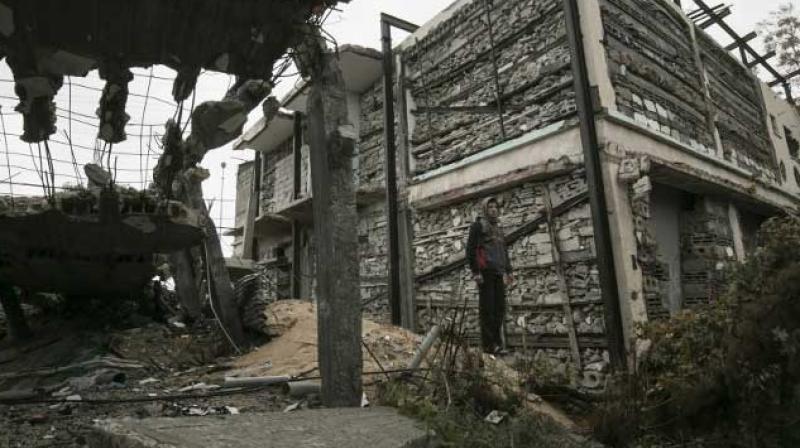 The 'Shaath House' into an art piece after it was destroyed by an Israeli attack in 2014. (Photo: AFP)

Dutch artist Marjan Teeuwen walks past a column formed from rubble to show off her latest creation, a barren house in the Gaza Strip where doorless rooms face into bleak, empty space.

The 'Shaath House' in Khan Yunis in the south of the Palestinian territory was largely destroyed by an Israeli attack in the 2014 Gaza war but Teeuwen, 52, specialises in turning unwanted places into works of art.

Working with Palestinian engineers and artists and the Palestinian Red Crescent, she is "transforming a demolished house into a beautiful sculpture" which will serve briefly as a museum.

There is one major difference however between the Gaza house and her previous works, in the Netherlands, Russia and South Africa.

Teeuwen usually works in buildings that are due to be destroyed in a few months, turning them into temporary exhibits in what she describes as juxtaposition of the opposing forces of construction and destruction.

Perhaps Teeuwen's most famous work in the Netherlands saw her transform four empty houses due for demolition into a minimalist space with tilted floors and caved-in walls.