A world of imagination 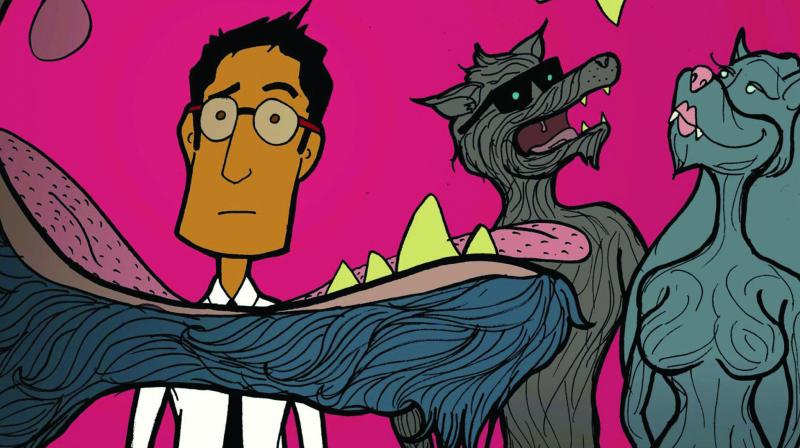 One of the recent projects that I remember working on was for a popular clothing brand. It was a project that I did together with my brother.

As a toddler, Vishal K Bharadwaj remembers scribbling on walls. “I think I started to draw before I even knew how to write,” he remembers with a grin. The illustrator may have outgrown drawing on walls, but his love for doodling never left him. With his parents encouraging him to take up graphic design as a career, Vishal branched into several freelance projects spanning from comic strips to designing for brands. 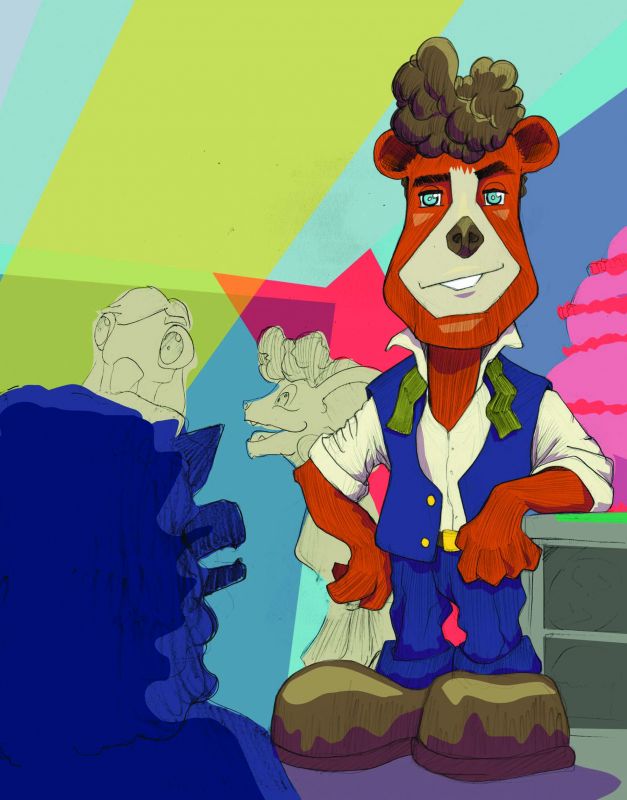 Sonny Cannoli“Though I am a graphic designer, I would take up any illustration project that would come my way. One of the recent projects that I remember working on was for a popular clothing brand. It was a project that I did together with my brother. Even as the brand wanted an entire set of illustrations done within the span of a weekend, we managed to churn out some great work even within that time,” he elaborates. 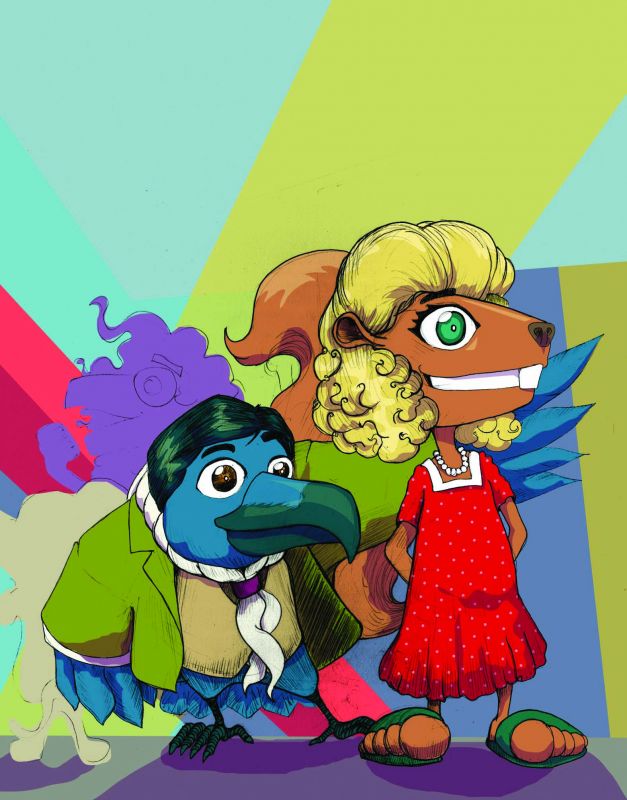 Michael Cannoli and KayAnother rewarding collaboration that Vishal  did was his work with film critic Raja Sen, on his The Godfather-inspired children’s book The Best Baker in the World. The book, which is the first of a series of children’s tales that the duo want to tell, takes the very adult and gory movie and turns it into a charming book of limericks and illustrations for children, with each character resembling an animal. “There was a lot of back and forth between the two of us when it comes to the characters. We didn’t just want people with animal heads, but for more animal characteristics to show through. So, we enhanced some of the traits and humanised some of the others,” he recalls. 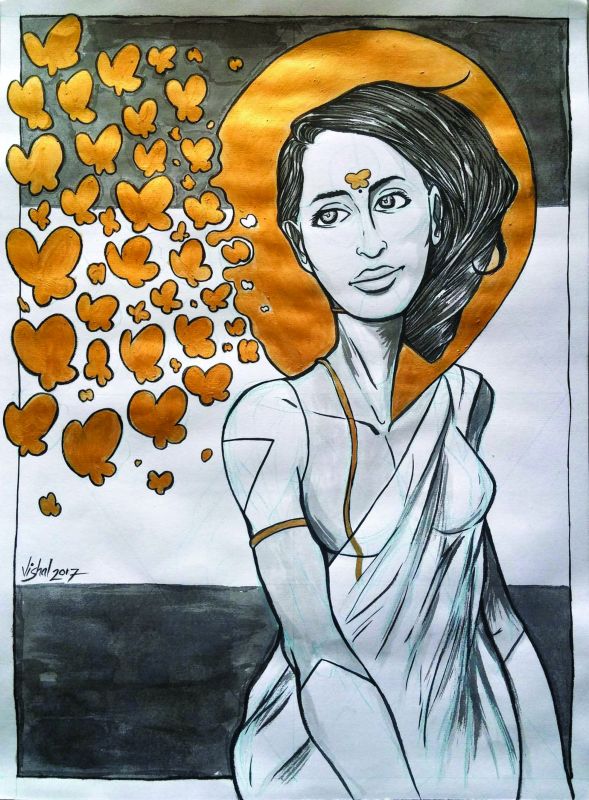 Even while he takes up every intriguing project that comes his way, Vishal keeps his own set of square-grid notebooks for sketching out a world of imaginary characters. “One of these sets that I started a while back was the space Indians. Usually, the sci-fi characters are illustrated in western comics. My series is just my take on what Indians in the space age. As of now, I do these sketches purely for myself, though they have caught the eye of quite a few people. I also keep a sketchpad in which I draw imaginary creatures and characters. They’re not something I share with the world, but I keep adding to them,” he says. 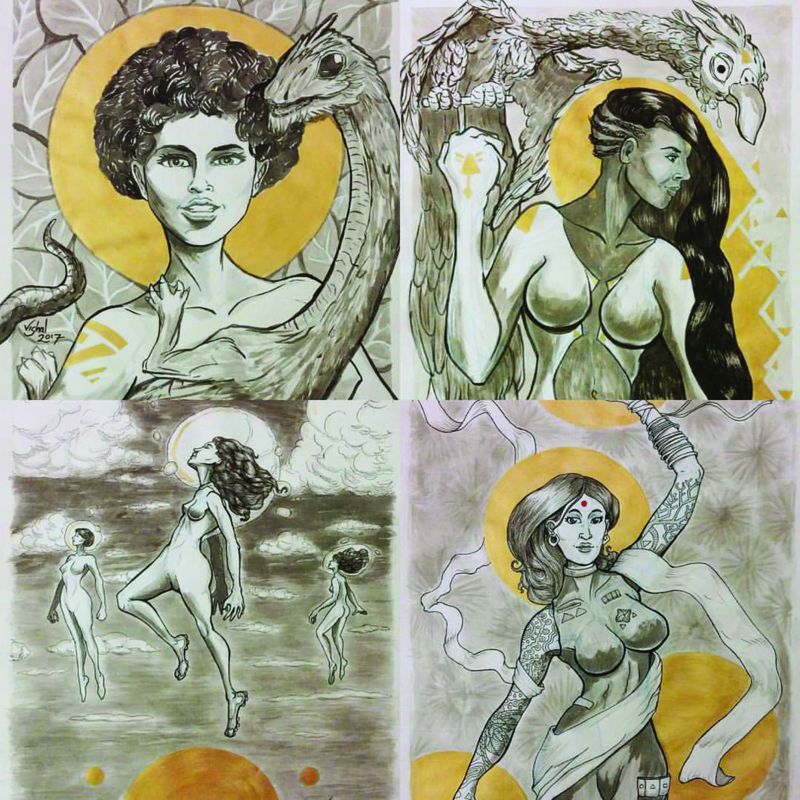 From Leonardo Da Vinci to Vincent Van Gogh, many a famous artiste has drawn his self-portrait. And while Vishal’s rendition of his own self, with the scruffy beard and shaggy hair may look nothing like the neat and tidy illustrator with his origami lapel pins, Vishal says that this is how he sees himself. “I have been doing self-portraits for the last few years, ever since I first sketched one. They don’t really look anything like how people see me. Rather it’s how I feel on the inside, mixed with a few of the outer elements,” he grins.