Gurgaon-based artist Yogi Kumar is creating a hundred portraits of actors and actresses for a bollywood-themed exhibition. 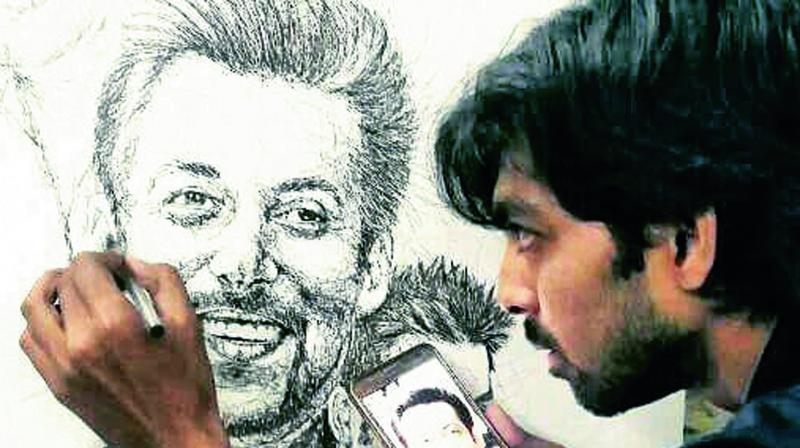 While Amitabh Bachchan is giving a sneak peek into the upcoming edition of Kaun Banega Crorepati, an artist in Gurgaon is busy brainstorming about what he can create to impress the veteran actor. In the past, he has made several sketches of Big B and recently painted a car with his images as a mark of love and respect for the living legend. 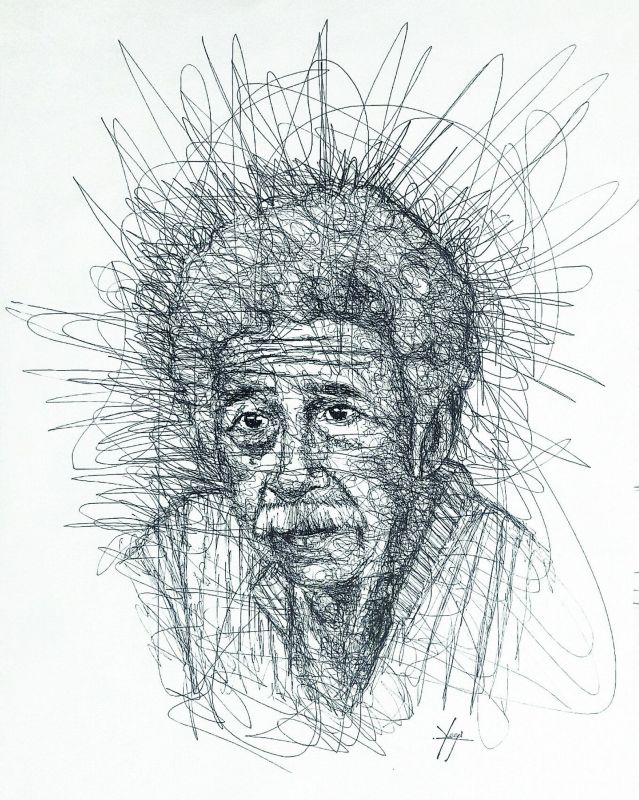 Thirty two-year-old Yogi Kumar was drawn towards arts when he saw a teacher making a sketch of the personality he was teaching about. This got him looking at newspapers and sketching the faces of actors. Today, his studio in the Millennium City is full of artworks dedicated to Bollywood celebrities. Among the umpteen number of live-size paintings and mini sketches, artworks on Amitabh outnumber the rest. Why this fanboy behaviour? “I was born on October 11, the same day as Amitji. I am a great admirer of his personality. If there are no prescribed themes, my first choice of subject is the Shahenshah. I want to celebrate my birthday with him once. Moreover, most of my works are on filmstars as movies give me positivity,” he says. 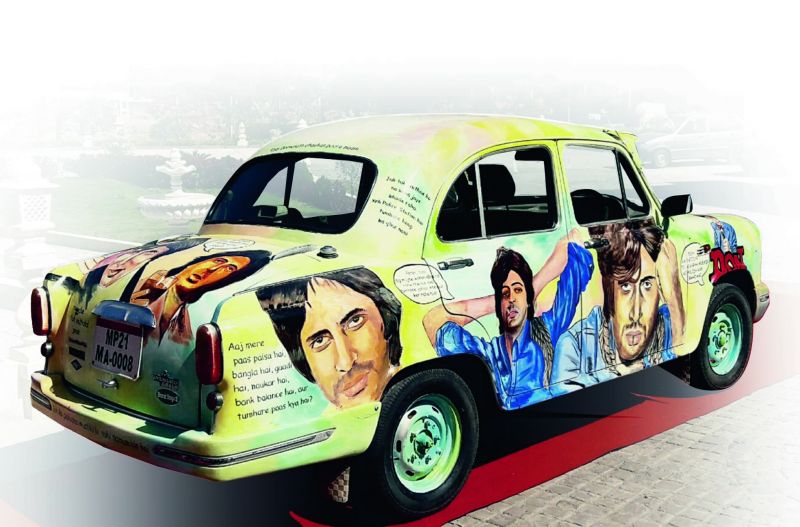 A car he decorated with images of his loved Amitabh Bachchan.

Now, he is working to create one hundred portraits of actors and actresses for an upcoming Bollywood-themed exhibition in October.

In school, he travelled extensively across the state participating and winning many art competitions. However, the good times ended with school. Wrong guidance first got him enrolled in a fashion designing school and later landed him a job in the fashion industry. He endured it for a couple of years, before saying enough is enough and walking away to pursue his true calling. “I couldn’t tell my family that I left the job after spending a huge sum on my graduation. So, I immediately started teaching art, something I have been continuing till date. Simultaneously, I learnt digital art as well. Then one day I saw the show India’s Got Talent and wanted to take part in it. An artist friend suggested I do something which can be done on the stage. Later, I saw a guy on the show doing speed painting and I thought I could have done it too. Then I discovered the art of scribbling. I researched it extensively and gradually began doing it on canvas. A scribbled portrait of Randeep Hooda was liked and tweeted by the actor himself, which got me a lot of appreciation,” he reminisces. Since then Yogi has been perfecting his skill of live scribbling and doing private shows. His goal is win the next edition of IGT with his talent. 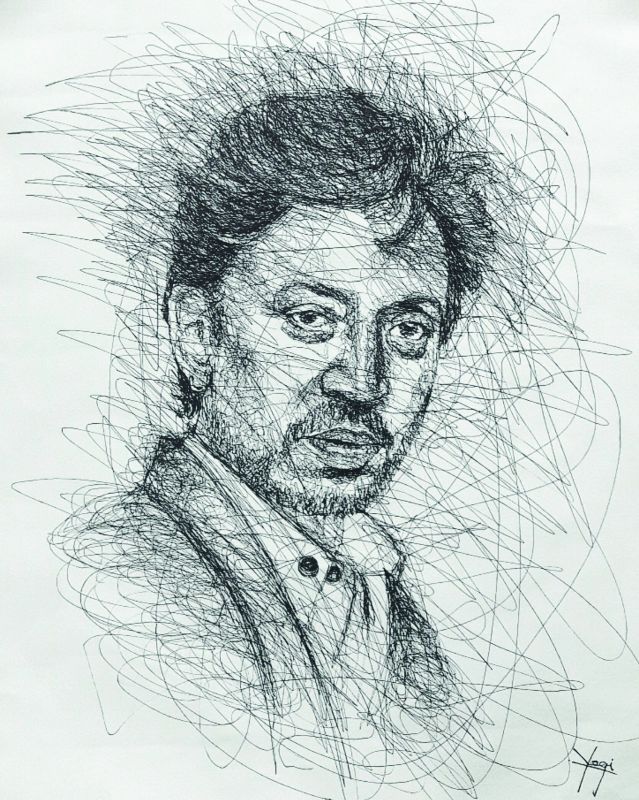 Apart from scribbling, Yogi also does wall art using acrylic art, which primarily pays his bills. He likes to travel a lot and many a time, he paints a wall just like that, if he thinks that the story of a place needs to be told. “I painted the picture of two girls on their school wall when I learnt they both have been funding their own education,” he says.