Her dance of life

Sonal was the youngest recipient of Padma Bhushan in 1992 and in 2003, she became the first Indian woman dancer to be awarded Padma Vibhushan. 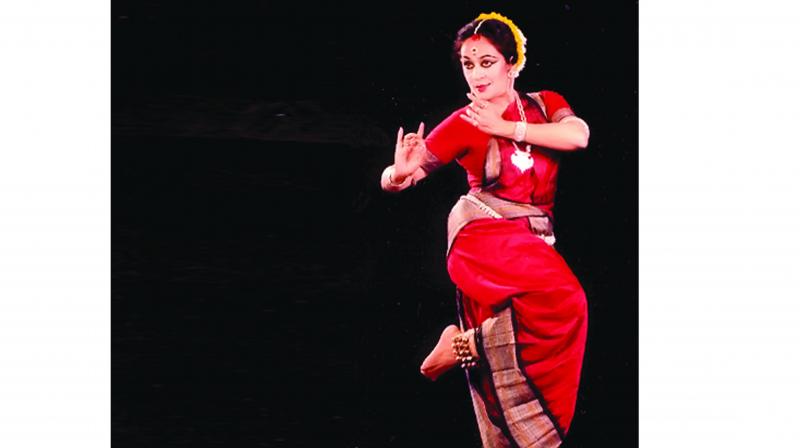 Specialised in Bharatanatyam and Odissi, the veteran dancer has practiced many dance forms such as Manipuri, Kuchipudi, and Chhau.

Dr. Sonal Mansingh, a well-known Indian classical dancer, has been on stage since 1964. Her best choreographic works include Devi Durgra, Mera Bharat, Indradhunush, Manavtta, Sabras Aatmayan, and Draupati. Besides being a dancer, Sonal Mansingh is a well-known teacher, orator, and a social activist.

Specialised in Bharatanatyam and Odissi, the veteran dancer has practiced many dance forms such as Manipuri, Kuchipudi, and Chhau.

For her contributions towards promoting 'Classical dances', she has received many awards from national and international organizations. She was the youngest recipient of Padma Bhushan in 1992. In 2003, Sonal became the first Indian woman dancer to be awarded Padma Vibhushan. Thanks to her priceless lectures and workshops, many young aspiring dancers have gone on to realize the importance of classical dance.

When asked about the role and position of Indian classical dance in modern India Dr, Sonal Mansingh said "There are a lot of schools that emphasis on Bollywood type of performances. And however, if the principal and school teachers want to educate something about Bharatanatyam, Kathak or Odissi this they say parents put pressure on them. So it is between school authorities how strict they can be with the parents."

She also feels that television, which has a huge influence in daily life of people in India do not promote Indian culture efficiently and effectively  "Unfortunately none of our TV channels, you know there are 100 to 200 TV channels except our DD Bharti, I don't think any other TV channels ever shows anything about India's cultural tradition. With this, I would say, Indian press has also the responsibility for this. Apart from a few newspapers or maybe a couple of TV channels, the general trend in the press is not for Indian culture." She added.

"I would say the problem is also there with our school textbooks. Children have to train their mind and attitude which they get from their childhood and they spend so much time in school may be more time in school than at home. And we don't imbibe this kind of education from their young age, as they grow up they don't care. So this is I think is a very big problem also that our education system divorced culture from education and from that divorced no child can be born. The child of respecting admiring and understanding and learning about India's cultural tradition cannot happen unless the culture is an integral part of the education system." She further added.

On asking what can be done to improve the situation, she said "I could see the downfall but let me tell you that I am an optimist there are a lot of music and dance festivals happening everywhere if the television channel also take it up as part of their social corporate responsibility then I think a lot of difference can happen."

You have to put an interesting program, there has to be dialog, there has to be lecture, demonstrations, and explanations. Unfortunately, there are so many dimensions that are never been touched from televisions. There are fun parts of it as well. it is not that we live in a cave. We are also part of the contemporary world. And how we interpret it to today's youth, today's world is also important. Now that is the challenge for an artist so it is both ways, how you can make it interesting for your audiences and how you prepare the audiences it is the two-way process.

The title of the program is Utkalika: Portraying the vibrant culture of Odisha through dance. "It's been a long time, I think it's been 3 years since we last showcased Odissi from my center for Indian classical dances and it is good to showcase the newer talent. And I will be also performing one dance fair," she concluded.