Rupin Suchak dreams up outrageous, unique, inspiring avatars of every space he sees little wonder that he’s made made a name for himself 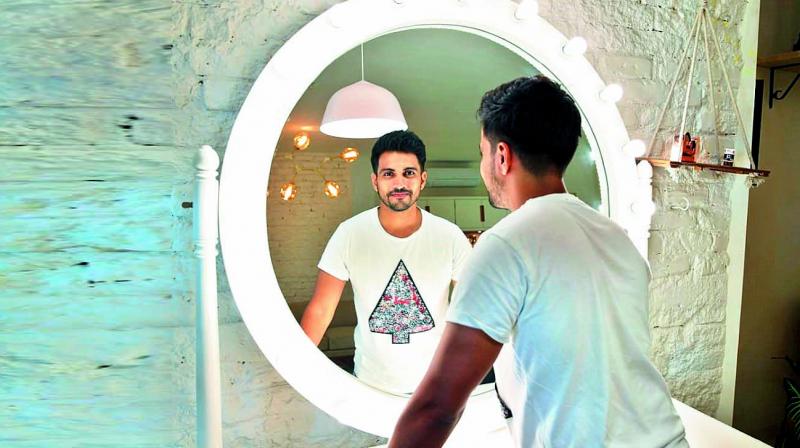 A graduate of National Institute of Fashion Technology, art designer Rupin Suchak always had a sharp eye for spaces; and it’s something that still excites him.

Thanks to his eye for detail and the love for giving spaces a new definition, Suchak is counted among the best set designers in Bollywood today.

Having worked with directors like R Balki, Gauri Shinde, Sanjay Leela Bhansali and A R Murugadoss, to name a few, besides designing Alia Bhatt’s personal office space, the 33-year-old is the most sought-after name when it comes to putting together a crazy, modern, urban or ultra-modern space.

Though he didn’t have any idea about the direction his career would take after graduation, he was certain about creating art. “I often visualise almost every space in its most outrageous, distorted, unsettling, unique form, without a doubt as a perfect place to draw and find inspiration from,” he says.

After his friend, who worked on a Bollywood project, suggested that the industry was a platter especially suited to him, he began a Google search that led to him working and learning under veteran production designer Sabu Cyril in 2010.

“I mailed him my portfolio and a year later, he sent me a confirmation,” smiles the designer, who joined Cyril as his assistant for the sci-fi fiction Ra.One featuring Shah Rukh Khan. “Getting trained under the best for the biggest and most complex projects of the industry spearheaded my journey in the world of cinema,” he adds.

Since then, there has been no looking back for Suchak, who has worked on projects like Happy Ending, Zid, Ki & Ka and Dear Zindagi, to name a few. He considers director R. Balki his Godfather, with whom he can discuss all his creative outbursts.

“When we were brainstorming for Ki & Ka, we came up with this idea to design a miniature train that would run across the house. Given his love for trains, he ended up designing scenes around the miniature train at times,” laughs the art designer.

Working with Sanjay Leela Bhansali was a dream come true, and Suchak falls short of words to describe the time spent preparing for Inshallah with him. “I feel those designs have my best in them and his belief in my work gave me moments of pride. There were so many conversations about food, music, Indian cinema, places, and human beings. There is so much learning from him that your creative abilities automatically pop out. It is unbelievable how he buys your suggestion, listens to every word, and puts them in play. There is a constant knock on the creative brain,” he reminisces.

As for director A R Murugadoss, with whom he worked on Spyder, the art designer remembers him as an uncomplicated human being with a streak of mad writer in him. Surprisingly, it was at Suchak’s suggestion that the Mahesh Babu-starrer was named Spyder.

“The film remained untitled for a long period and the team was struggling to finalise a name. There was a reward to pick one of the three choices. I recommended ‘Spyder’ which wasn’t even on the list, but when I explained the relevance, it was chosen for the movie and we had a fun time off-set about that,” he reveals.

Talking about Gauri Shinde, Suchak describes the design process with the director as ‘exemplary’ while working on Dear Zindagi. “During the principal shoot of the film, she called me and asked me to design a pair of recycled shades from cycle parts that SRK and Alia would wear on their sessions on a bicycle. And those shades went on the poster it was a two-and-a-half-hour job,” he recalls, adding, “Her sheer genius to be able to think of super detailed intricacies and believing in my craft set us up for a lifetime of collaboration.”

As far as designing Alia Bhatt’s office space is concerned, Suchak recalls that the actress fell in love with the work he did at Gauri and Balki’s office. And since the two had worked on many commercials and a film together, the understanding between them was smooth.

“I somewhat knew her taste with the things she would comment and like on set. Alia knew what she didn’t want, that allowed me to put together her likes and then subtly jazz them up,” he smiles. While the brief was lucid, Suchak reveals nothing was finalised without Alia’s choice and maintains that she was a dream to work with.

“We churned out a space that has a resonance of a home with a casual office vibe. Alia gets bored with intimidating spaces and hence, simple yet contemporary were the approach. Space needed a basic team meeting area that could host private meetings too and lounging space for chillers. This entire space should be converted to her makeup area and fitting walk-ins when required. It also has a cozy gym with a pantry for necessities. She is a wonder to collaborate with,” he concludes.