Can you paint your way out of pain?

Art has long been used as a tool for catharsis, enabling individuals and communities to cope with grief, pain and trauma 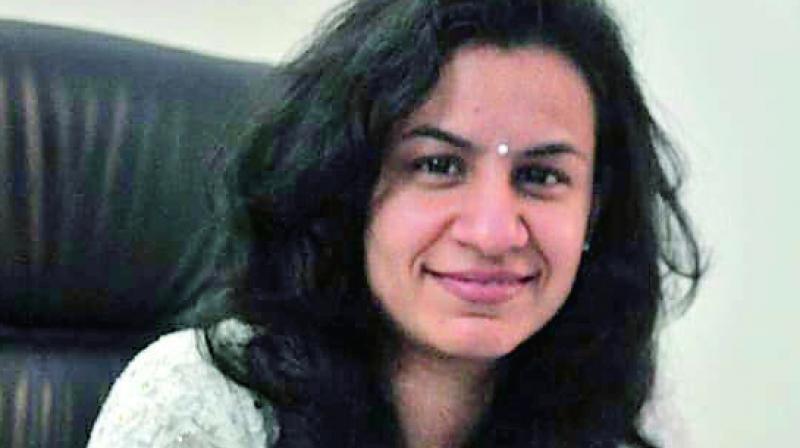 Paul Cézanne famously wrote: “Don’t be an art critic, but paint, there lies salvation.” The French artist, who had repeated bouts of depression, gave expression to the feeling in a number of canvases such as the ‘Pyramid of skulls’ and ‘The Murder’.

Vincent van Gogh’s ‘Barred Window’ and ‘Starry Night’, which he painted from his room in an asylum, are representations of his psychotic perceptions.

A particular shade of yellow was said to have provided spiritual succour to the Dutch Master. What Cézanne and Van Gogh did is recognised by scientists today as Art Therapy.

The process of painting isn’t the only vehicle for such therapy. Take the altarpiece sculpted and painted for the Monastery of St. Anthony in France for instance. The monks there specialised in hospital work, focussing on those suffering from plague and skin diseases.

Christ on the cross in the altarpiece is depicted with boils and sores on his body, and the painting is believed to have brought solace to the similarly-affected patients who gazed at it.

As the pandemic forces people all around the world to stay indoors, therapists are promoting art therapy as a means to relieve pent-up anger, stress and other emotions.

How can art help?

Art therapy is a form of psychotherapy that uses the creative arts to help release emotion, connect with your surroundings, and find a voice, says renowned psychologist Dr Nisha Khanna.

“In art therapy, a person’s unconscious and subconscious mind plays an important role. People are encouraged to ‘draw’ their imagination, their perception, their experience. And it’s true that when your feelings are involved, or when you listen to your emotions, then a simple painting or artwork becomes a masterpiece and other people who have experienced similar thoughts find a connection and deep meaning in them.”

“By focusing on ideas and experiences which are separate from the pandemic experience, we are able to divert our focus onto things of beauty which can instil hope. Being hopeful may make it easier to cope with new norms in a post-pandemic world.

The sensory response to art is said to allow newer ways of seeing, looking and perceiving. This in turn may support the creation of new neural pathways,” says Anupa Mehta, a Narrative Therapist, art critic and curator.“Art has an imperceptible, intangible value which can be harnessed to shift experience,” says Anupa.

Ask any artist and they will tell you that art in any form is therapeutic. “There are paintings and frescos in cathedrals, sculptures and images of gods and goddesses in temples, and murals in monasteries. Just looking at them elevates one’s spirits. Roadside shrines and Sufi darghas too offer peace and reassurance in difficult times. Beliefs and faith are what sustain the human spirit during times of crises such as Covid-19. In the olden days every village practiced art therapy, with people decorating the walls and floors of their homes with images to overcome grief and pain,” says G. Ravinder Reddy, a well-known artist.

“Before that, art therapy was essentially faith and belief-driven. Religious beliefs helped patients. The unusual, distorted representation of Christ on the Isenheim Altarpiece would have touched a chord with patients suffering from similar health issues, generating empathy and producing strong psychosomatic results. In the modern medical world of psychiatry too, healing methods involve art. Psychiatrists encourage patients to express their frustration, anger or any other inexplicable mental trauma through painting or music,” he says.

“Indians have been quite innovative during quarantine, from doing yoga and meditation together, to singing bhajans, dancing the garba and playing cricket. These activities, especially when done together, not only distract people from their illnesses but also foster a spirit of unity. Using art to express oneself helps calm restlessness and use energy in a focused constructive manner,” sums up Dr Anjali Chhabria, a leading psychiatrist and psychotherapist.