Upendra Maharathi’s work provides an up-close insight to the simplistic side of Mahatma Gandhi. 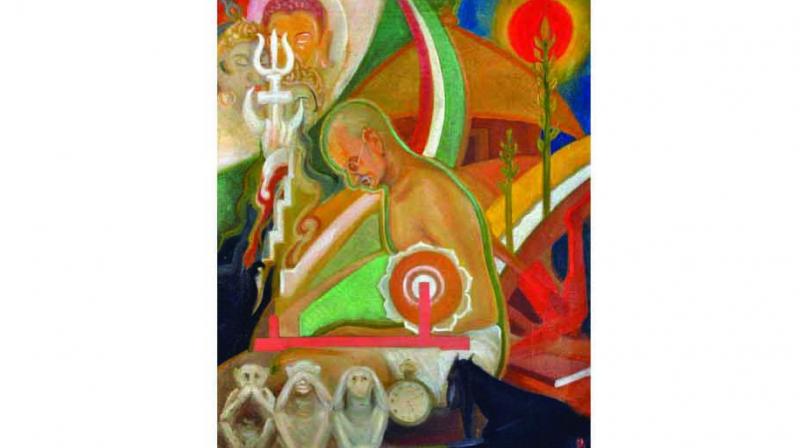 It is one thing to paint the Father of the Nation with eclectic strokes created from bright and dark acrylic paints. But it is a whole different thing when you get to capture Mahatma Gandhi up close, seeing him in action.

Artist Upendra Maharathi had achieved exactly that in the 20th century; he knew Gandhi since, perhaps, the Ramgarh Congress in 1940, as both individuals were associated with the Nationalist Movement.

Upendra created a plethora of paintings that range from oil on canvas to acrylic. The works did not stop just there but moved beyond the canvas and on to the cloth to weave various tales. He indulged in furniture-making as well. 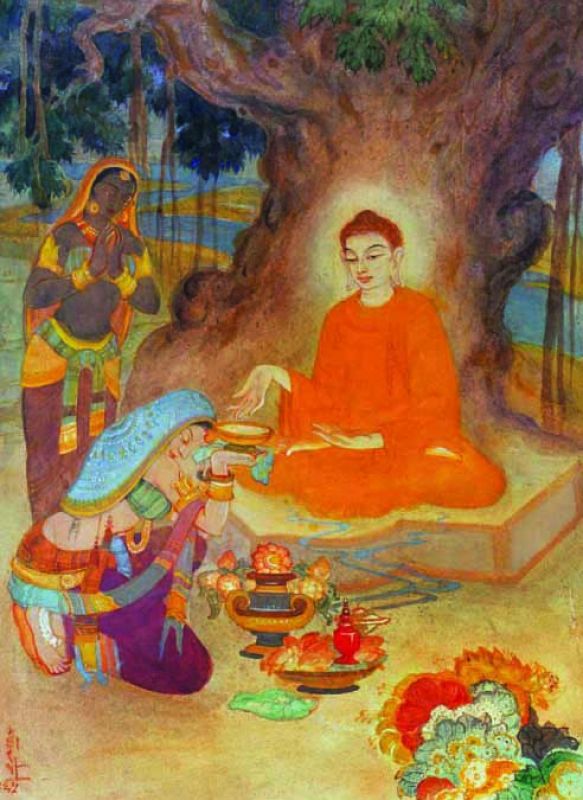 Most recently, an exhibition has been set up at the National Gallery of Modern Art in the capital that pays homage to the legendary artist.

But the works on display also have a sense of spirituality prevalent, as the divine souls of Gandhi and Buddha have merged into one. It is a depiction of Gandhi’s deep interest in the Buddhist ideology.

In a chat with Adwaita Gadanayak, the director-general and the curator, he says that Maharathi merged not only spirituality with the Gandhian concept but many other things that were prevalent in society. Given the artist’s vast repertoire of creations, spread across various medium, narrowing down his works for the exhibition was a daunting task. He explains, “This artist has a presence everywhere, so how can we collect everything he did in one place?” He adds, “I thought from the perspective — how can we present an artist in depth? So, I did not think of only one angle. We wanted to represent his works from various portfolios.”

It is interesting to note that although he was educated using the Western ideology imposed in schools by the British, Maharathi combines these with Indian tradition. 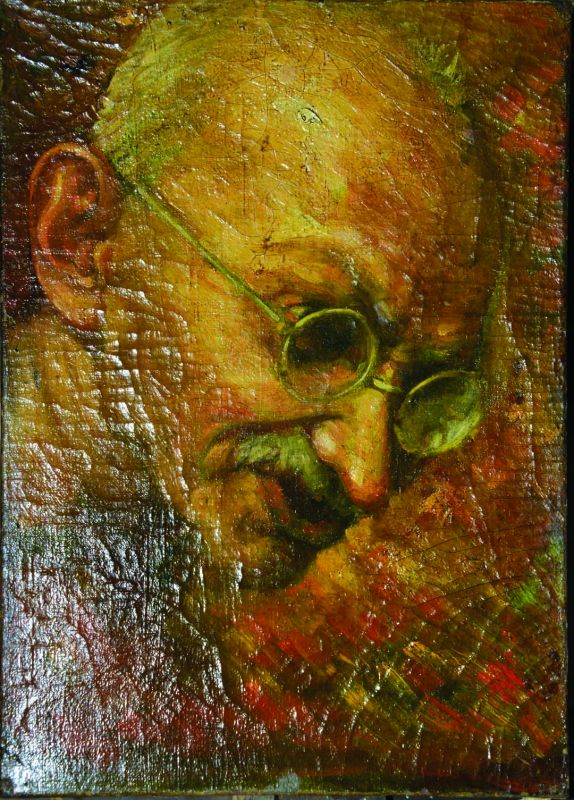 We all know that Mahatma Gandhi is the Father of the Nation. But more than that, he was a human with various sides to him. Adwaita sees Gandhi as someone who is “simple”. He continues, “Every small thing about Gandhiji has been captured by this artist.”

When asked what would Adwaita do if he got the chance to see Maharathi, he candidly reveals, “I have thought about it and displayed his works accordingly. I have just not hung his works.”

On a concluding note, Adwaita shares that he wants to put out a message through Maharathi’s works saying, “I want the younger generation to connect with the craft. If you  connect with your roots, you will go further in life; (You will be) stronger and you can work better.” After all, that’s what Maharathi did.

— The exhibition is ongoing at NGMA