Culture can accelerate socio-economic recovery from the pandemic, as outlined by World Bank and Unesco 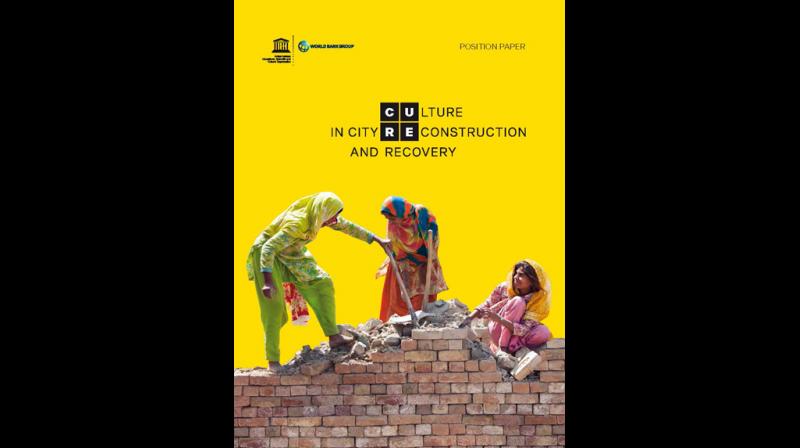 The creative economy refers to a range of economic activities where value is derived from the generation or exploitation of knowledge and is copyright relevant, such as music, writing, art, fashion, design, and media. Also, a wider range of production activities including goods and services that rely on innovation, research and development such as film, museums, galleries and photography, reside in its ambit.

On March 11, 2020, the WHO declared the Covid-19 pandemic; drastically impacting national economies. Essential industries were permitted to function but other sectors suffered terribly. Many governments did not offer any support, and certainly not for the creative industries. But there were some exceptions.

In June 2020, under a programme called New Start for Culture, Germany earmarked €1bn for arts. Indeed, in November 2020, under Germany’s infection protection law, culture got a new legal status. It is now no longer classified as entertainment. Hence, cancelling arts events in the pandemic might become difficult in this country.

On March 19, 2020, France, too, did something similar. It modified the rules of the country’s specific unemployment scheme for artists and technicians. It announced that artists and authors could benefit with a lump sum from a solidarity fund.

On December 11, 2020, the United Kingdom’s Arts Council announced that the Culture Recovery Fund has marked its £1 billion milestone, with £654 million being invested in arts and cultural organisations, as part of its £1.57 billion support package.

On November 30, Germany approved a culture budget of €2.1 billion ($2.5 billion), nearly at par with the European Union’s budget for culture at  €2.8 billion, but to be distributed over the next seven years.

Over in the United States, of the US $2 trillion coronavirus stimulus bill announced by its government, approximately $75 million was for the National Endowment for the Arts.

While in South Africa, where seven per cent of the workforce is employed in this sector, 45 per cent informally, the direct contribution to the country’s GDP of which is 1.6 per cent, the National Arts Council committed its support to the artistes by continuing to pay them during the pandemic.

In May 2020, Jacinda Ardern, the newly returning Prime Minister of New Zealand, announced a $175 million package for “decimated arts” — a “resilience grant”. The creative sector contributes nearly $11 billion a year to NZ’s GDP and employs 90,000 people. The New Zealand Libraries Partnership Programme with a funding package of $58.8 million will support librarians and library services and assist them to support community recovery. Ardern said, “A healthy cultural sector has many positive flow-on effects for other important parts of our economy, such as technical production, hospitality, venues and domestic tourism.”

According to World Bank (August 2020 report), in 2013, creative industries around the world generated revenues of over $2 billion and employed 29 million people. The market for creative goods is estimated to be $508 billion as of 2015. In 2015, developing economies exported more than 250 billion creative products including design goods, fashion, and films. Top exporters included China, Turkey, India, Mexico, El Salvador and Pakistan. In the United States, the non-profit arts and culture industry generated $166.3 billion of economic activity in 2015, supporting 4.6 million jobs, while receiving only $5 billion in arts allocations by the public sector. A phenomenal return on investment at 3,326 per cent!

According to Megha Patnaik’s report titled “Measuring India’s Creative Economy”, May 2020, however, approximately 1.1 million workers are employed in this sector, contributing 0.58 per cent of the GDP (2016-17). This is less than the international average as measured by WIPO where the mean contribution is 5.48 per cent. But again, in India, this can be partially attributed to the lack of comprehensive data outside the formal manufacturing sector. Patnaik states that with the right growth impetus through policy and markets, the creative economy can create a large share of jobs.

Sanjoy Roy, co-founder, Jaipur Literature Festival, confirms this by estimating that during the six days of the event there are more than 500,000 footfalls and 110,000 unique visitors.

In fact, culture can accelerate socio-economic recovery from the pandemic, as outlined by World Bank and Unesco in its report, “Culture in City Reconstruction and Recovery” (2018). The framework, entitled “Cure”, offers principles and strategies to apply in city reconstruction and rehabilitation in post-crisis situations.

There are four prominent ways in which culture positively impacts community resilience — by building social cohesion, fostering social and psychological well-being, offering critical tools for expression and community engagement, and finding authentic narratives, perspectives and experiences. These are critical insights that policymakers need to recognise for promoting sustainable and inclusive recovery from the pandemic’s effects with full ownership from communities. Investing in creative industries and developing cultural capital is worth exploring for the Indian government.

The writer is an international publishing consultant