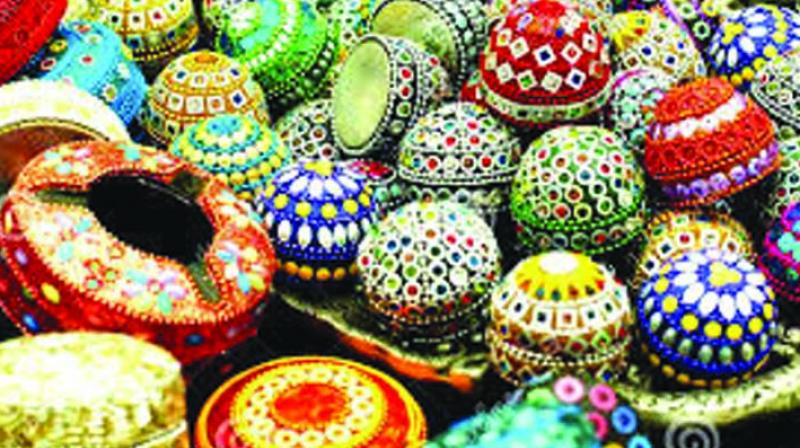 Molela terracotta sculptures with airplanes and electric trains cheek by jowl with traditional icons, and icons with mobile phones in one of the hands!

One of my pet peeves is slapping on the label of child labour on to children of crafts persons and handloom weavers as they learn the various crafts within their homes — working with and helping their parents with some of the steps of creating the crafts.

Years ago on a magazine assignment on handmade paper from Sanganer (yes they did paper as well as hand block printing on textile) I, a cub reporter, was amazed at the conviction with which O P Jain, the founder of the Sanskriti Museum went about collecting beautiful things of everyday use from the old shops in the area as photographer Avinash Pasricha and I wandered around. The fact is that he was right and I was not. So many objects of great aesthetic beauty have vanished from our lives just because we took them for granted. I vividly recall a wooden masala daan with a carved cover that held my Naani’s magical spices and so many large sized copper and bronze utensils used for storing water. I managed to retrieve her red sandstone pathrota that she used for sunning pickles and use it as a birdbath. But these are almost wistful snatches of an era gone by that many of us lived in.

All these lovingly created individual pieces were replaced by things of industrial design and mass produced. And we thought we had progressed. This was the same mindset that created the schism between art and crafts, relegating craft to second grade activity and alienating it by pushing it in the category of mere skill as opposed to high art. Just because the artisan has the skill to virtually create a clone of his or her own work by sheer years of practice, does it mean there is no thought behind it? Or is it not contemporary? One has to look at some of the forms and it hits like a surprise that average craftsperson is so aware of the change that is constant around them and how they are able to create ways to both acknowledge the change and incorporate it in their work. 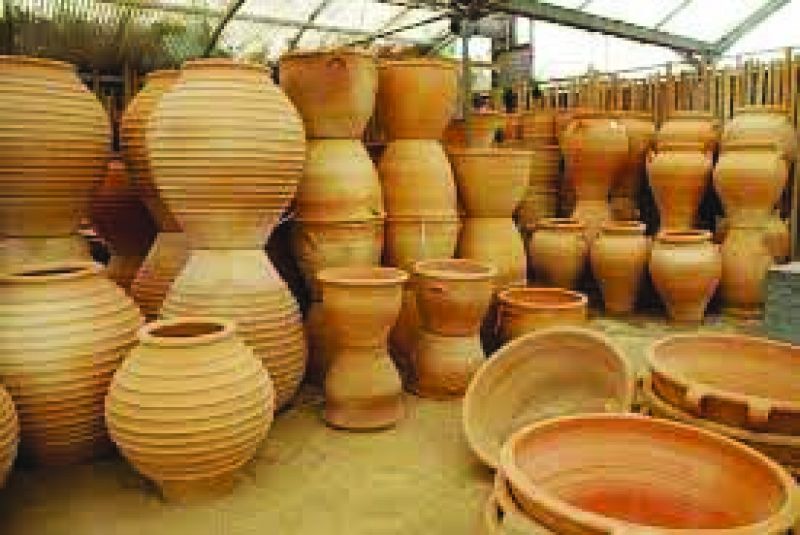 In the realm of traditional and folk painting, the seamless way in which happenings, modern lifestyles, et al are depicted speak of minds that are evolved and sensitive. Just to share a few examples: A Madhubani painting on Lord Shiva, shows a Ganga emanating from his hair, polluted as it reaches the earth, another depicts a film strip with two women puffing at cigarettes, yet another shows hand pumps and buckets as opposed to wells and pitchers. Molela terracotta sculptures with airplanes and electric trains cheek by jowl with traditional icons, and icons with mobile phones in one of the hands!

On the same hand are designs perfected over centuries by weavers used in traditional sarees being used as motifs for non-natural fabrics. Kanch-ipuram sarees being a case in point: The same designs of the borders and korvai worn by our grandmothers being used for lightweight silks from Aarni or even synthetic fabrics. Which just goes to show that the design was perfected and had withstood the test of time and we were just responding to the fabric, or was it that the eye was used to seeing the design and happy to go with it? 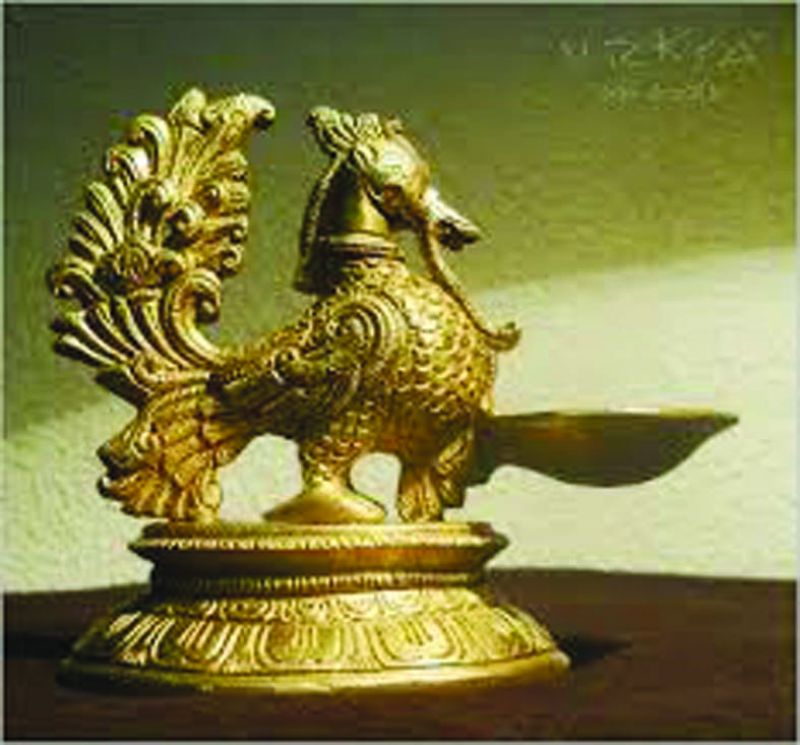 The naturalness of this depiction is very far from the self-conscious approach of the urban elite of seeing the folk and traditional as “them” and the other as “us”.  It is time to salvage whatever we can from a civilization that considers every aspect of life and for that matter even life as a matter of constant transition, rather like a flowing river. In such a scenario, it worked fine till the speed of change was not almost instantaneous but now when traditional mores are headed West-wards at a dizzy speed, it is time to wake up and not forget and lose everything.

One of my pet peeves is slapping on the label of child labour on to children of crafts persons and handloom weavers as they learn the various crafts within their homes — working with and helping their parents with some of the steps of creating the crafts. In the bargain they pick up the skill and in many cases, take the art a step further. The slogan that every child must go to school and this one-size-fits-all kind of education is neither relevant to lives nor to the skills they had acquired since childhood.

The half baked literacy thus acquired often pushed them into the lull of wanting to give up their skills in order to chase the chimera of becoming a ‘bada admi’ – read white collar worker. Obviously the marginal skill those schools taught them was not enough to turn this dream into reality and yet the aspiration was too deeply ingrained in their psyche. And what it did was to make them misfits in both the situations. Not for a minute is one suggesting that children shouldn’t go to school or acquire literacy skills, if not proper education. But surely that education could be of relevance to their lives and help them lead a better and more composite life that helps them overcome exploitation of any kind? Or bifurcation of those who wanted to stay into higher education and those who were better suited to taking up their filial professions.

India’s nearly 49 million craftspersons and weavers live in easily identifiable pockets. It would be so easy to set up schools that could target the popular arts of the region, get the best skilled craftspersons to devote some time to teach the intricacies to the next generation. The children could learn skills and education of relevance and these could work like centers of non-formal education, provided the seniors of the community are involved and made aware of their role as stakeholders in the situation.

By attaching gory labels like child labour, the children are being alienated from their traditional skills, many of which can only be learnt in childhood when the fingers and hands are nimble and supple. These myopic steps will result finishing an entire generation of craftsperson, who will per force take up alternative professions and be pushed several steps below in the economic ladder. And we will spill tears for yet another craft system that will forever be hurled into oblivion.

Dr Alka Raghuvanshi is an art writer, curator and artist and can be contacted at alkaraghuvanshi@yahoo.com