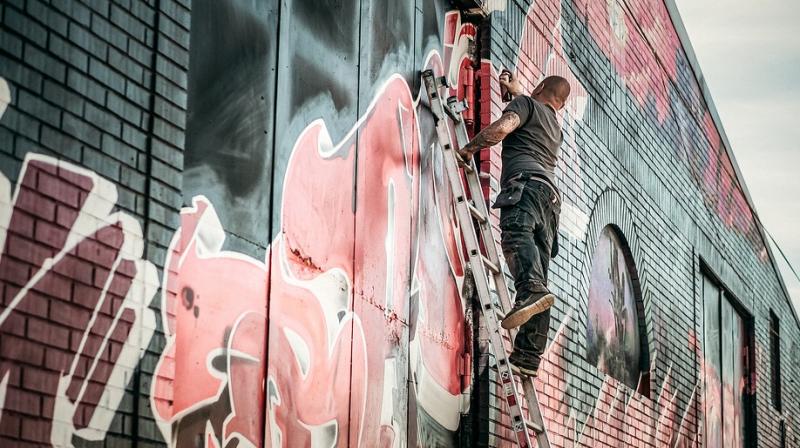 The mural will eventually cover up a campaign ad for a state governor and an image of the eyes of late President Hugo Chavez. (Photo: Representational/Pixabay)

Caracas: In the sprawling slum of Petare in the east of Venezuela’s capital of Caracas, 31-year-old Fabian Solymar begins sketching a mural of abstract figures on a wall filled with Socialist Party political propaganda.

The mural will eventually cover up a campaign ad for a state governor and an image of the eyes of late President Hugo Chavez, an artistic response to the ruling party’s iconography scattered across public spaces in the struggling OPEC nation.

The pastel-coloured mural is also meant to change the image of Petare, one of Latin America’s largest slums and one that has historically been better known for violent crime and gang rivalries than for public art.

“The idea is for people to feel that this is not a place of delinquents, but of people who work,” said Solymar, who goes by the nickname Dagor, while working on a mural on a recent August afternoon.

Solymar says he is inspired by Los Angeles-based street artist Revok as well as late Venezuelan artist Carlos Cruz-Diez, who used color and lines to create a sense of movement in his pioneering artwork displayed in public areas in Caracas.

Solymar is leading the initiative along with other artists and Petare residents, who have so far painted nine murals in Petare’s hillside slums.

They seek out walls filled with political propaganda, that are located near places where people congregate, or in places where garbage tends to pile up, in an effort to create a contrast with bleak city realities.

They hope to paint a total of 14 murals, but do not have an estimated date of completion due to the difficulties of paying for materials, which the members of the group finance out of their own pockets.

“This is not something done by a mayor or a governor but by people here in the neighborhood,” said community leader Katiuska Camargo, 41, shortly before asking a neighbor to lend her a broom so she could sweep up trash strewn on the ground.

Pedro Key last year allowed the artists to paint the facade of his house with abstract figures that still catch the eye of passersby.

“People are really impressed with the mural,” said Key, 64, a retiree. “You might not believe it, but art can help relax the mind.”