Ragini credited the moulding of her dance sensibilities with the teachings of her mentors, and the oversight of her mother. 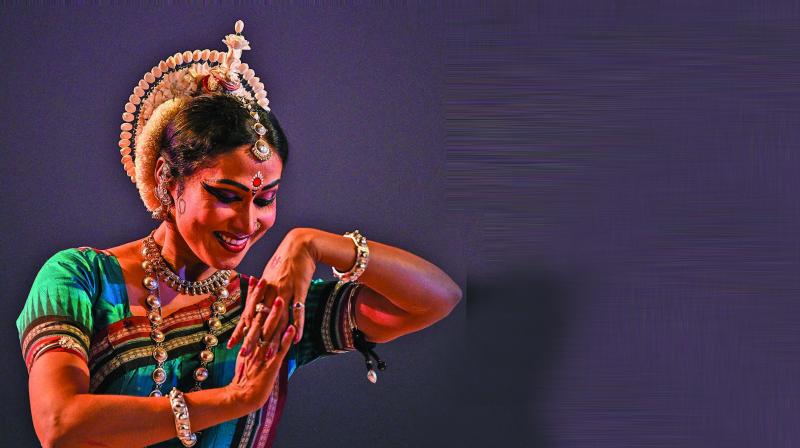 The Javali in Kamas was what the dancer had imbibed from Kalanidhi Narayanan.

How much of the Guru is reflected in the art of even those who could be counted amongst the most eminently teachable of students in their younger days, is interesting to see, for the Guru-shishya alchemy works differently in each case. Among some of the stalwarts who trained under Meenakshi Sundaram Pillai (amongst others) like Shanta Rao, Rukmini Devi, Mrinalini Sarabhai, U.S. Krishna Rao and Chandrabhaga — no two danced the same way. In New Delhi last week were two dancers, Ragini Chandrasekhar and Sujatha Mohapatra, faithfully epitomising in every detail of their respective recitals in Bharatanatyam and in Odissi, the style and the totality of the Guru’s vision of the particular form.

While Ragini credited the moulding of her dance sensibilities to the cumulative teaching of her mentors — K.J. Govindarajan, K.N. Dakshinamoorty, Kalanidhi Narayanan, Karaikudi Shivakumar — all with the oversight of her mother Jamuna Krishnan, her lifetime Guru and inspiration, it was Jamuna Krishnan’s dance perception and compositions one was treated to in the tribute to her mother, at the IIC — the poignancy of the occasion entailing mind-body involvement bringing out the best in the dancer. Even the demanding rhythmic virtuosic sequences, as in the curtain raiser Pushpanjali in Nalinakanti with Karaikudi Shivakumar’s khanda nadai/tisranadai nritta setting of the laghu/dritam of the Aditalam, it was an absorbed inner dancer’s expression, with nothing of showmanship. The dancer’s evolved maturity, able to search the depths of what she had received as a strong foundation, was best revealed in the centrepiece of the Lalgudi Jayaraman Varnam in Charukesi “Innum en manam ariyaadavarpol” for which the dance visualisation was the handiwork of two Gurus no longer with us — Jamuna, who set the lyrics, and Karaikudi Shivakumar, who created the jatis. Ragini’s rendition was further inspired by evocative orchestral support, starting with the Laya: taut clarity in enunciation of Sharanya Chandran’s nattuvangam — totally sans histrionic flourishes, bhav evocative singing by vocalist K. Venkateshan, incisively melodic violinist Raghavendra Prasad, and not least, the experienced mridangam percussion by M.V. Chandrasekhar. Starting from the Mukundamala prelude sung in viruttam in ragas, the very first statement in Charukesii revealed the abhinaya sensitivity, with Ragini while showing the nayika questioning the justice of Krishna’s pretence of not knowing her feelings towards him, in a fleeting punctuational moment, showing Krishna’s attitude, prompting the query. The expressive part combined the narrative with the interpretative, with metaphors like the bee and the lotus revealing the mercurial nature of Krishna. The rendition touched a crescendo in the charanam refrain, wherein the nayika calls out to the beautiful charmer with the flute to come and put an end to her unfulfilled desire. “Kuzhal oodum azhaga Kanna kurai teera va”. The flawlessly executed teermanam links were a frequent pointer to the rhythmic genius of Karaikudi Shivakumar — in the manner the sollukettus were put together and the way he seemed to play with rhythm — with nothing predictable about any teermanam (and the variety he could weave into chatusram and tisram combinations was his own) — not forgetting the sudden changes in tone bringing in an element of surprise. Each of the performers seemed charged, with Ragini herself revelling in the “rasa” of both rhythm and music. 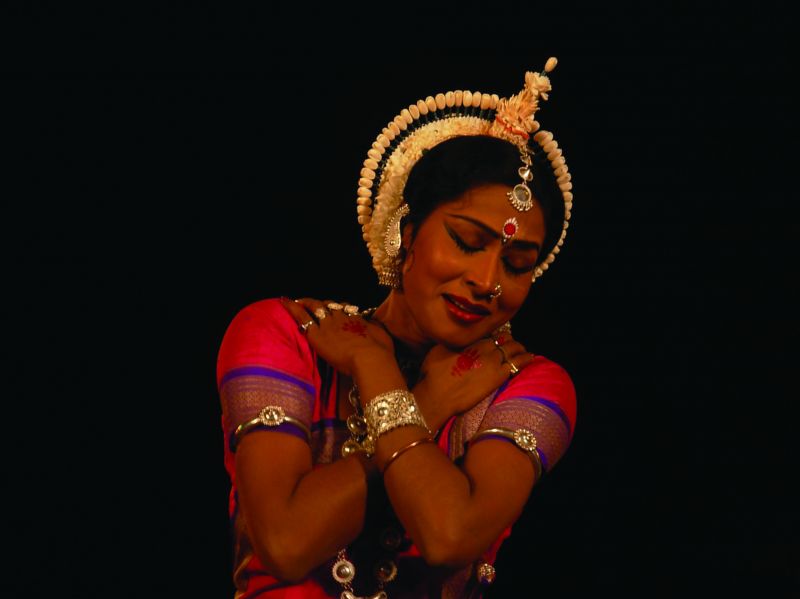 No homage to Jamuna can ignore her special research into Vidayapathi’s verses (her collections covered nayikas — Radha in this poet’s case — in all situations of love with Krishna). With music also composed by her, the totality represented that aspect of her creative sensibilities enriched by both the poetry and the music of North India. Ragini presented Krishna in Viraha with the sakhi pleading with Radha to abandon her baseless pride and put an end to the agony of her beloved. As in many Padam compositions — that even the all-powerful are made weak by unrequited love — is mentioned here too with the sakhi pleading Krishna’s case, saying that the mighty one who carried the Govardhan on his little finger and who danced on the hood of Kaliya, now lies supine, pining for his loved one. Jamuna’s composition in Sindhubhairavi was given a lilting raga prelude on the violin. Ragini’s interpretation left little to be desired. The Javali in Kamas was what the dancer had imbibed from Kalanidhi Narayanan. It shows the Mugdha Nayika struggling between the intense temptation to respond to Lord Venkateshwara’s call of love, and the warnings by the sakhi not to fall for his wiles. “Apudo Manasu nilchunate,” she says. How does one still the natural sparks when one like Lord Venkatesh himself makes the advances? The erotic feelings of an inexperienced nayika were subtly brought out. With the Tillana finale in Tilang, a Lalgudi Jayaraman composition, Ragini had done her mother’s memory proud.

Experiencing for the umpteenth time the standing ovation given to Odissi dancer Sujatha Mohapatra at the Kamani for her recital on the second evening of Bharatiya Vidya Bhavan’s 11th Sangeet Samaroh commemorating 81 years of service in preserving and nurturing India’s cultural traditions, one wondered at the oft-made remark about the same old repertoire creating a deja vu rejection in audiences. Never aspiring to go beyond what Guru Kelucharan Mohapatra instilled in her, daughter-in–law Sujatha Mohapatra teaching at Srjan today seems totally unruffled about repeating the Guru’s repertoire, proving the shelf life of this teacher’s creations and/or Sujatha’s ability to keep them ever fresh through endless repetitions. The only inclusion in her presentations, over the years, beyond Guruji’s work has been a few compositions choreographed by his son now heading Srjan, Ratikant Mohapatra. She began with the customary Odissi start with Mangalacharan, the Stuti in Raga Kedar (Raghunath Panigrahi’s musical composition) dedicated to Ram — the poetry describing the Lotus-eyed Lord (Sarasijanayana) — ever pleasant (“Suprasannam”), clad in Peethavastram, as the strong Bowman — travelling to Ayodhya in the Pushpan Viman, to be crowned king. Sujatha’s incredible nritta perfection in profile and laya had full play in the Pallavi (Damodar Hota’s music composition) “Yugmadwanda” in Bageshri, with its blend of grace and verve. Roopak Parida’s vocal support with Ekalavya Mudali on the mardal percussion did full justice to the music with melodious instrumental interventions by Rameshchandra on violin and Srinivas Satpathy on flute. The Ashtapadi with Bhuvaneswar Misra’s music in Pahadi set to Jati tala showing Radha’s confiding in the sakhi about her maiden intimate encounter with Krishna contained sringar rasa in all the underplayed intensity of desire.

But nothing could beat the finale of Shabari, portraying the encounter of the near-blind, aged tribal devotee of Lord Ram offering the simple berries growing in her backyard as her offering after tasting each fruit to be satisfied on its ripeness and taste. Ram’s reactions and joyful acceptance were again fleetingly shown. One has to admire the choreography of Ratikant Mohapatra, wherein an episode was given a treatment making it into a composition, and with a story which could so easily be exaggerated, Sujatha’s contained abhinaya had all the conviction, bringing tears to the eyes of the beholder. What this writer had seen a year and a half back (when it was a bit over the hill) has been tautened a great deal. Kudos to the entire team!