For the love of Madras! 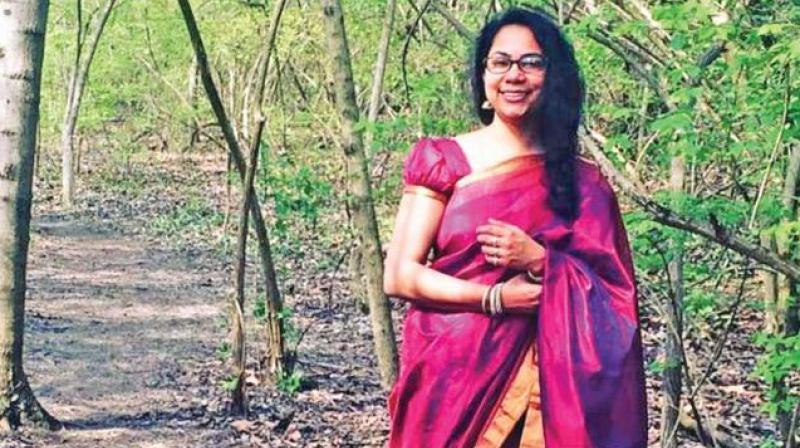 There’s a library in a scene in Mouna Ragam with Revathy and Karthik?” begins Hemalatha, adding, “That’s where I’m going today — to sit for hours and to sketch the whole place. It’s so exciting!”  A multi-skilled person, Hemalatha Venkatraman is currently doing her Masters in Fine Arts in the Ohio State University. Primarily, an architecture student from the MEASI Academy, Hemalatha has an abundant love for Chennai. Currently back in Chennai on her holiday break, she is visiting different historically significant places in the city to learn more about the history, the architecture and its people. Titled ‘Madras in Mini’, these sketches are miniature cut-works of places that touched her heart. 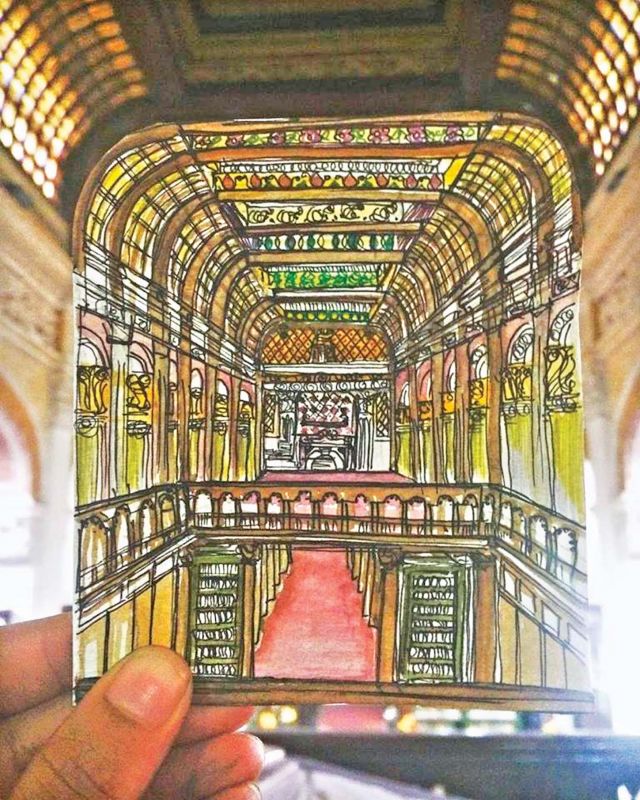 “Chennai has the second most number of historical buildings in India and we know so little of it. Even in the narrow streets of Parry’s corner, there have been incidents chronicled in history. My work is an attempt to let people know more about it. And miniature art keeps the precision alive,” Hema shares. Although she has been documenting the city and its history since 2014, in ‘The Madras Catalogue’ series, her latest mini drawings with a piece of writing about her love for the city and its people, has gained a lot of attention on social media. Talking about sitting in different places and sketching for hours, Hema states that the longest sketch took seven and half hours to finish. 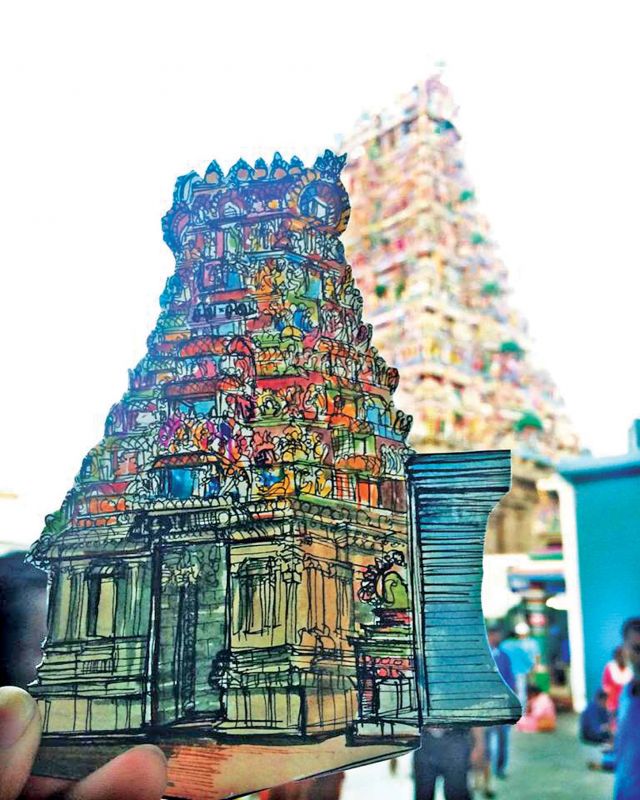 “People have always been curious and also friendly. They share their bit of information and I share what I know. Flower sellers, watchmen and so many lovely people have offered me a place to sit while I draw for hours, also giving me a great company,” she adds. The artist also recollects incidents, where as a gymnast a few years back, she travelled to different parts of the country and saw Chennaiites talking about the city. “Every ‘Madrasi’ has a great love for the city — it’s so down-to-earth and simple,” she says. 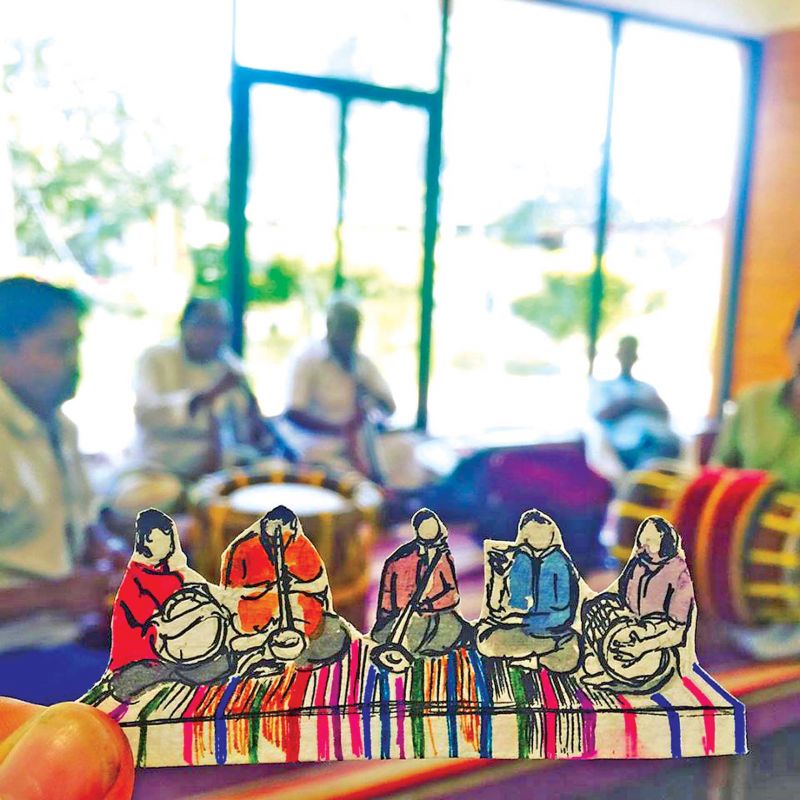 She’s also working on yet another interesting project titled, ‘100 Days of Teabag Art’, where she uses dried tea bags and sketches on them. “This is based in Columbus. It’s so cold out there to go out and do sketches. To keep myself busy, I sketch with ink and watercolours of the empty and dried-up tea bags. The texture is so amazing!” Hema reveals. The master of many arts, that she already is, Hema also held her painting exhibition in Columbus recently and she is a regular orator at open mics and runs a blog Street of Smiles that contains her poetry works. 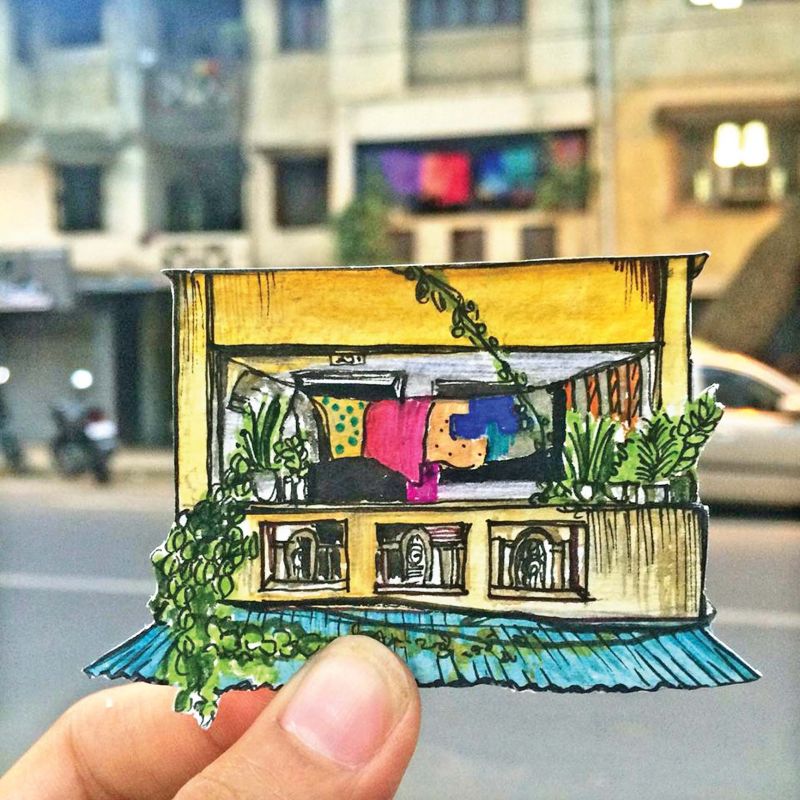 Ask her what her ultimate goal is and she says, “I want to integrate communities through art. If we can make people aware of their histories, bring them together in a collaborative, through art, there’s nothing more beautiful. It’ll be an intersection where there’s also scope for urban designs and socio-cultural projects that I like working in.” 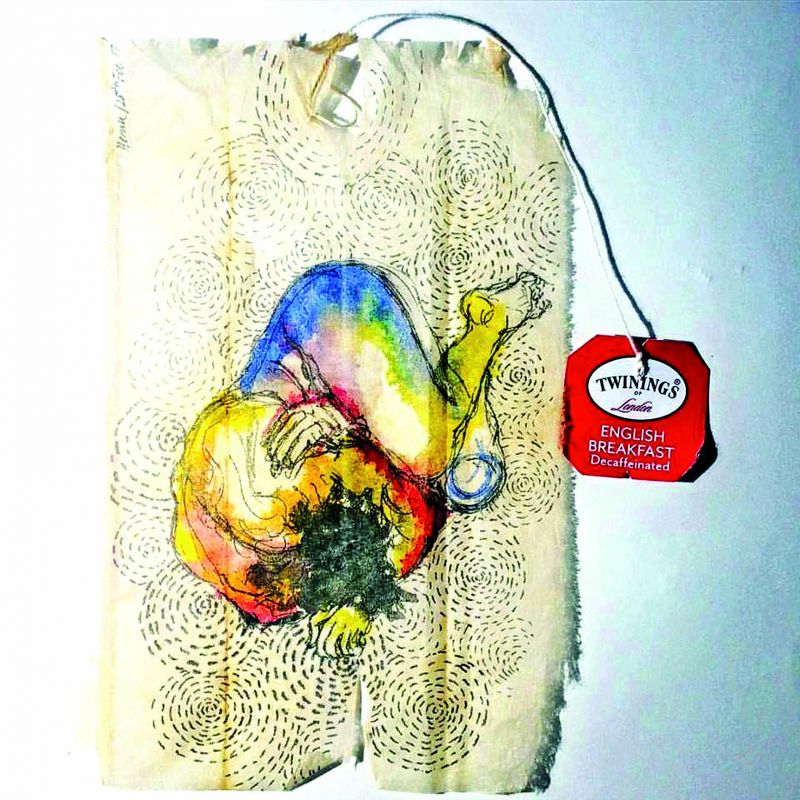 When asked if we can expect a mix of her art and writings in a book, she concludes by saying, “Definitely. I do have a few ideas to collaborate with historians and work out a coffee table book with pictures and text. But, only after my Masters!”