Treading the difficult path of the arts

Culture is a part of a larger shared whole where each art is dependent on the other for its creative impulse. 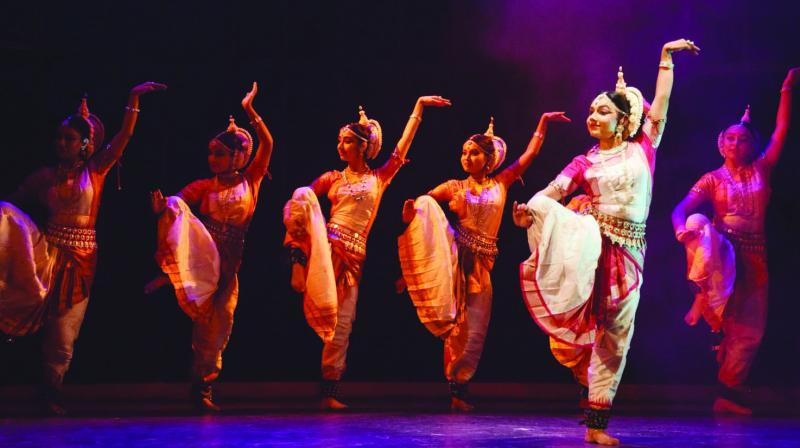 I have often said and fervently believe that culture is part of a larger shared whole where each art is dependent on the other for its creative impulse — just like it would be practically impossible to say which sculptor is not inspired by dance or a painter whose is not moved by the innate rhythm of music? There would hardly be a musician or a dancer who is not enthused by the intrinsic rhythm of colours. I feel that it is this sanjha or collective heritage and interdependence of the arts that has propelled them forward and sustained them.

And at the same time it is in a way self limiting that the human body is both the vehicle and the custodian of the arts. I remember one line that Birju Maharaj used to say – “Jab tak dance samajh mein aata hai to shareer jawab de deta hai – by the time you understand the dance, the body has given way.” It is indeed a sobering thought.

So when the artists and artistes dedicate their lives to the arts, I feel it needs all the respect and regard for it is indeed a difficult path. It is such a gargantuan task that many have fallen by the wayside. But the ones who have emerged stronger for it are truly worth saluting. I am privy to many of the struggles of the top performing and visual artistes and I know what an uphill task it is to make a position under the spotlight and even more difficult is to stay there the longest and remain relevant. From bodily effort to support by way of patronage to lady luck – et al must be in the same place at the same time for it to work. For the sake of our civilizational heritage I want all artistes and artists to grow and remain in the spotlight forever – there is space for everyone out there. I am glad that artistes and artists of this generation have understood this basic factor and are rising above petty competitiveness to come together and work together.

In a scenario where public and private patronage is difficult to find in the best of times and in these times of general economic doldrums even more so. I really wish more private partnerships were forthcoming for the arts – at least one would feel assured that we as a people are concerned about our culture.

These thoughts flitted through my mind at a recent function of Utsav, Odissi danseuse Guru Ranjana Gauhar’s dance academy where I was honoured by a lifetime award for my overall contribution to the arts. Of course I was touched – to be remembered thus for nearly four decades of consistently writing on the arts felt really wonderful. While sitting backstage I was struck by the serene clockwork precision with which subsequent performances of the Saare Jahan Se Achha festival were handled.

It and was delightful to see Bharatanatyam Guru Deepak Mojumdar perform his clearly delineated abhinaya of Lord Krishna’s antics and his shishya – Rupak Mehta were completely in tandem. This was followed by Mohiniattam by Guru Gopika Varma, who chose Lord Shiva’s stutis for a spirited yet lyrical performance. Guru Shobha Kosar’s performance brought the nuances of the increasingly lesser seen Jaipur gharana of Kathak.

The evening began on a high note with Ranjana’s students who are very well trained and were able to sustain the audience interest. This is why the quest of legacy in the arts is a very big concern area and question. When Gurus have the confidence to present their students to the connoisseurs by way of a manchpravesh or an arrangetram it is not merely the end of a journey of learning, but really speaking the start of a much wider quest if the patra or vessel is an able one. Eventually if they will become a performer of not is in the hands of destiny but the handholding of the right guru is starting the shishya in the right direction – like a job well begun is a job half done!

Of late Ranjana has celebrated the manchpravesh of two of her senior students, which I unfortunately missed but was happy to see one of them Niharika perform in this show. Guru Shovana Narayan too recently presented her shishya Dhriti Swarup at an extremely well attended function. The seriousness of the young lady was evident as her tayyari was exemplary and her graceful movements charming.

This week also saw the Vishnu Digambar Jayanti festival by the Gandharva Mahavidyalaya conducted in their characteristic understated and elegant manner. It is easily the oldest institution of the Delhi and one of the most respected one. For me the high points of the festival were Carnatic Guru T M Krishna, Kalapini Komkali and Rahul Chaurasia, the last two come with the most respectable lineage of Kumar Gandharva and Hari Prasad Chaurasia and did their gurus proud.

The other glittering festival was by Natya Tarangini, the institution launched by Gurus Raja and Radha Reddy which is in its 42nd year. With performers like Pt Vish-wamohan Bhat, Dhanjayans, Rajan Sajan Mishra,  Abhishek Raghuraman and others. The presentations were precise and pithy and left the audiences mesmerised.

I feel our top performers and painters truly are world class in terms of the presentation quality they bring to the stage or to the work they present. These performing art institutions lead by the Gurus who have launched them are institutions in their own right and yet extend patronage to performers from other parts of the country and give us an opportunity to see the work being done elsewhere. It was so wonderful to see in action Gurus take on the mantle of presenters and the neat and precise way in which they present their contemporaries at these festivals is so heartening and I am glad that our artistes are playing this very proactive role. They have been on the other side of the fence often enough to know what all irks them and I find they take care that their performers don’t go through similar experiences. And I am sure performers are more than happy to perform at festivals organized by other artistes for it is superb emotional quotient.