But not many know that the decade also saw India’s rise on the world stage, especially in the field of art. 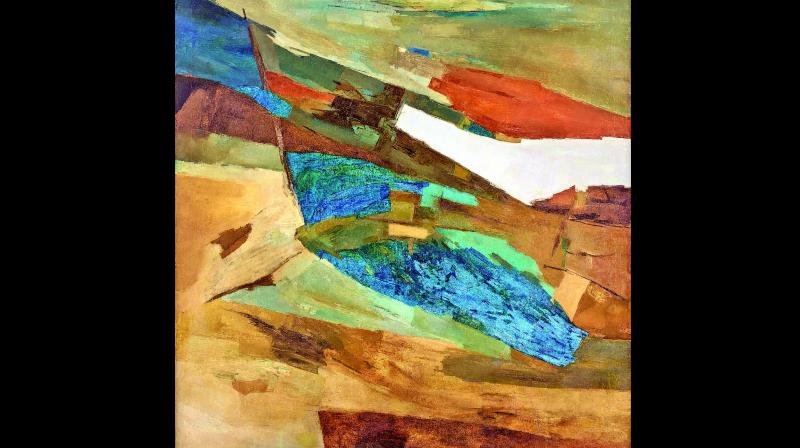 When one speaks of the 1970s, they recall the Emergency days or the formation of Bangladesh. But not many know that the decade also saw India’s rise on the world stage, especially in the field of art.

Kishore Singh, the curator of  an ongoing art show in Delhi, The Seventies Show — that highlights the Indian art of the ‘70s,  — believes that the decade in focus marks a movement of people from the tribulations of the ’60s, with their spirit and confidence regained. “We are getting artists (in the decade) who have very comfortably settled into their skins. They’ve found what they want to do and their journeys are no longer experimental.” While the progressives (of the likes of Husain and Raza) were already established, the abstractionists had also found their style.

“You see works that are strongly political in the kind of representation they have. But it is with a certain feeling of maturity and understanding,” he says, and dubs the artists of this period as being in the “mature phase of their career.”

The artists’ confidence is definitely prevalent. The curator continues, “A lot of these artists had started painting in the ’40s, ’50s and ’60s. It is natural that the hand has practised and the style is set in the ’70s.”

While the decades before saw the domination of oil paintings, the decade in focus, while being oil-painting-oriented, witnessed hints of other mediums. Singh points out that in the ’70s acrylic was stepping in, but the ’80s embraced it more. Printmaking, though present, did not have a market then as people did not “(yet) understand them or see them as unique works of art.”

Putting Singh on the spot, we asked him to pick a favourite, and he chose, “Tyeb Mehta’s style of painting, post his scholarship in New York, undergoes a change where he moves from the rich oils to flat primary colours to create the Diagonal series, a powerful tool of expression that he uses throughout his career.”

On a concluding note, he says that the seventies can be summed up in a word — confident.