We are born from the five elements of earth, fire, water, air and sky and we will merge into them. 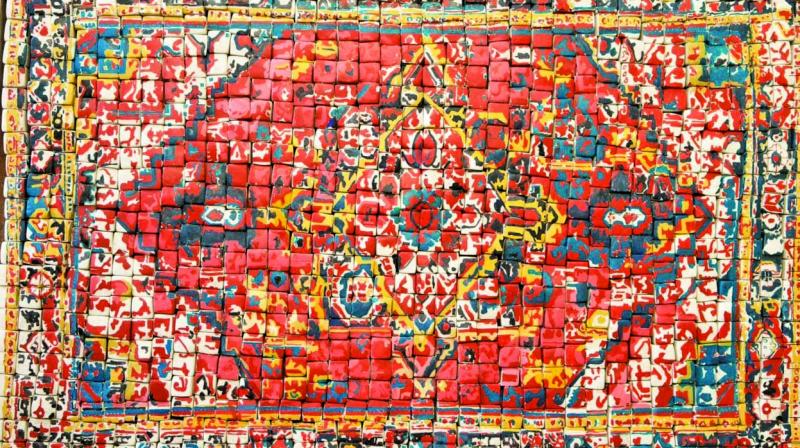 G.R. Iranna’s current suite of work consists of canvases, works on paper and installations. The most fascinating thing is the use of ash and acrylic. Iranna has been using the holy ash as a primary medium.

“Nature’s first green is gold,
Her hardest hue to hold.
Her early leaf’s a flower;
But only so an hour.
Then leaf subsides to leaf.
So Eden sank to grief,
So dawn goes down to day.
Nothing gold can stay.”
— Robert Frost

These lines from the poem Nothing Gold Can Stay have always stuck with me as it talks about the impermanence of life. We are born from the five elements of earth, fire, water, air and sky and we will merge into them. Taking a step further and giving this thought his own interpretation is renowned artist G.R. Iranna, who received an overwhelming response at the Kochi Muziris Biennale where his work titled Ash to Ash was applauded by artists from all over the world.

Earlier, Iranna was only a visitor where he would admire the creativity of others but being a participant in the Biennale opened up a whole new world for him. “Unknown people from all over the world came up to me not knowing my name, my body of work. They not only praised my work but also gave critical comments and shared their thoughts about my work which for me was the most valuable feedback for me,” says Iranna.

While friends appreciate your work because they know you, the Biennale was a learning curve. And going a step further with the same theme, Iranna is showcasing his recent body of works under the title Ether is all that is at Gallery Espace, New Delhi.. One of India’s renowned contemporary artists, Iranna’s current suite of works consists of canvases, works on paper and installations.

The most fascinating thing is the use of ash and acrylic. Iranna has been using the holy ash or vibhuti as we call it in Hindi as a primary medium. The ash wasn’t new to him because as a child he was very familiar with it as being a Hindu Shaiivite he would apply it on his forehead. He knew the spiritual importance of it. “Vibhuti is also called bhasma and when one applies it to the forehead then the person completely vanishes, she/he becomes that holy ash. Everything, name body is all removed what is eat is just ash,” explains Iranna. One could sense his ability to effortlessly interpret everything in terms of an infinite nothingness. Birth and death fuse into one leading to a cyclical flow of energy. 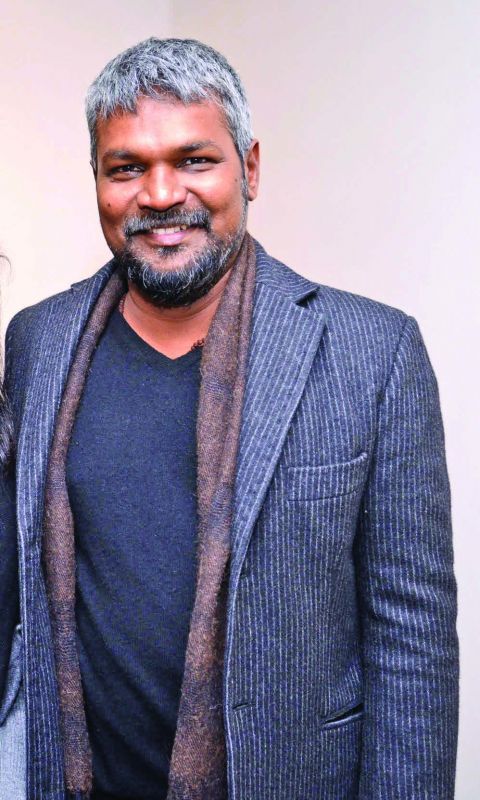 Iranna started with charcoal powder and then moved on to using cement as a medium, this is when he happen to what he calls “negotiate” with the material and decided to work sexclusively with ash, which is “stronger than cement”.

One of the art installations is titled Mirror which has a classic wooden frame with a stand and instead of the glass there are tiny cubes of ash blocks. Iranna compels you to look beyond, look at your reflection, which is nothing but ash. How many times we look in the mirror and marvel at the beauty of our reflection. Little we realise that all this one day will turn ash —— that’s the ultimate truth. It is or body and nature that has created this mirror where we see beauty, glory, youth but not ash. “The mirror builds up an ego but at the same time you need to be aware of the fact that you are also ash… The beauty is in this realisation. I want people to think of the other aspect of mirror too”, elucidates Iranna.

Then we have “Ash” that uses the medium on paper, there’s “Water” and “Tree”, where the painting starts with the branches of the tree but eventually blurs and treads into the domain of abstract. 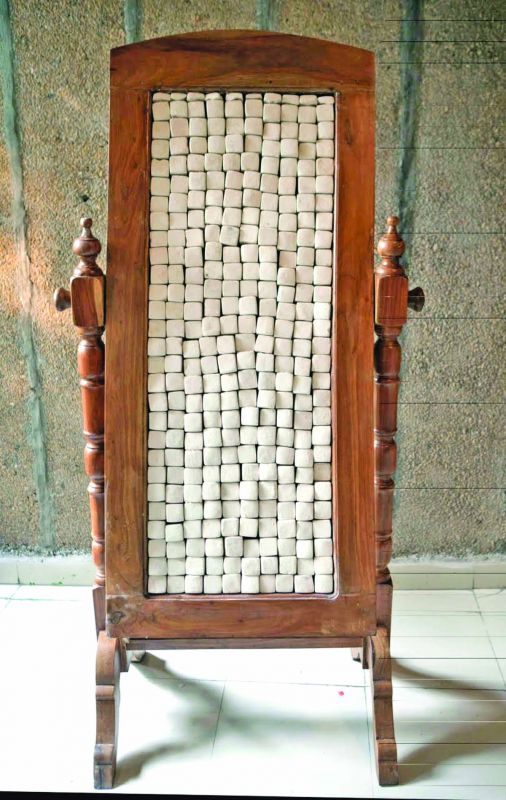 My favourite is the carpet installations again made with bright red, White, yellow and blue ash bricks. Carpet is something we use as a decorative item in our drawing rooms and bed rooms, it is often used for prayers as well. This too is made of ash. This installation goes a step further to show how the carpet is decorated from both sides yet it is not permanent; it will outlive its utility. In a way it doesn’t exist. The only thing that matters is our soul. “Carpet is the witness of our society, people use it for different purposes yet it’s temporary. It has layers but it is just a rug and I use it to show the ephemerality of life”, says Iranna.

Iranna’s uncanny ability to speak through his art is baffling. So simple is his idea and the execution of the same that you tell yourself “ya I thought as much”. So good is he at his craft that the artworks hold your gaze and you are unable to move or even think; almost trance-like.

His artworks move from a form to formless, rightly showing the evanescence of life. If art must connect with the masses then Ether is all that is hits the bulls eye because it’s the truth of life told with simplicity that too with a medium that only compliments the artist’s thought and his message to his viewers.