Exploring nature with a brush and camera 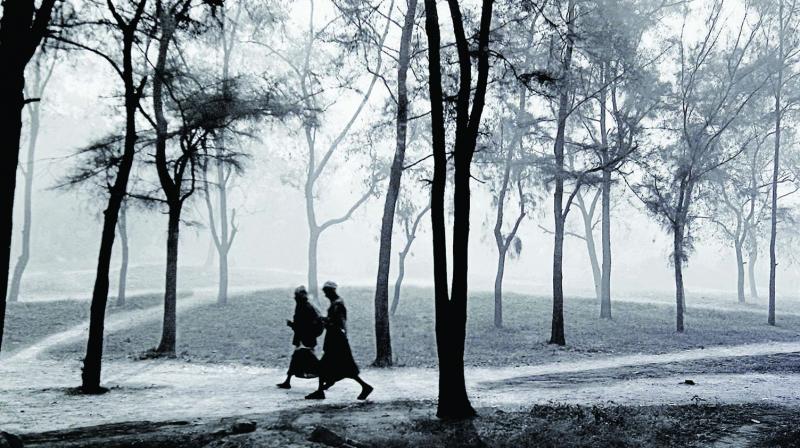 The human preoccupation with his surroundings is as old as time. From cave paintings to “arranging” stones as vehicles of creative impulse, to guild the lily of nature has been a constant. Before the entry of the ubiquitous cameras, it was the job of the landscape artists to chronicle nature’s twists and turns, seasons, interplay of light during various parts of the day among other things. The skill of the artist was measured by the realism he or she brought to the depiction. But the work of the landscape photographer was a little more difficult — what could he possibly capture with so much skill that he was able to depict an aspect of nature that was his unique perspective as much as it was  reflective of reality.

The just concluded exhibition Landscape essentially captures monochromatic journeys with a brush and a camera by the artist-journalist and cinema person Aruna Vasudev and photographer Achal Kumar with great aplomb and impact. Held under the aegis of the art gallery Art Konsult, the black and white palette enhances their work; it concentrates light and shadow on their basic strokes and resonates with their voices. There is a lot of synergy in their styles and one takes off where the other leaves.

Intrinsic to these works is the personal voyage of the interior and exterior landscape, a bridge between the predictable and the tangible realms. Their aesthetic visions are dissimilar, but within blossom similar passions and designs. “My current work is based on landscape paintings. In Japanese it is called Sumi-e, and is equally well known in East Asian countries though from China, Japan, Korea and Vietnam,” says Aruna.

Aruna concentrates on subtle monochromatic tones and delicate strokes with poetic, dreamlike landscapes of distant mountain realms, forests with haunting vistas, encompassing in their immensity and stillness. Her classic depictions of bamboo and lotus reveal the trained strokes of the traditional painter, moving beyond technique to proffer her personal vision of place and time. 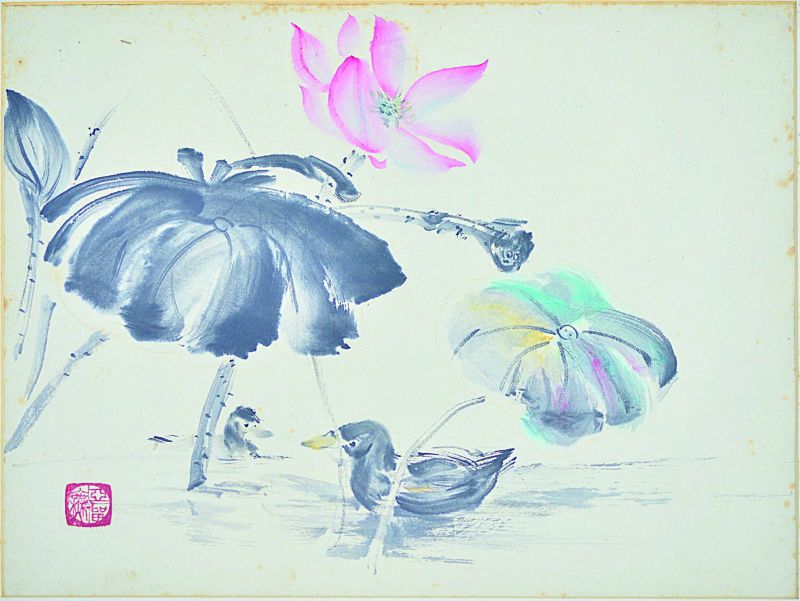 Her immersion in Asian cinema exposed her to the traditional East Asian schools of sumi-e and shan/shui painting, in which she found a natural corollary to both Haiku and Zen philosophy that have fascinated her. She has undertaken intensive study with contemporary masters in Korea, China and Japan. The meditative process of painting nature, of grinding and applying ink to the brush and then painting on delicate rice paper, infuses her life and creative expression.

On the other hand, Achal Kumar focuses on the elemental, drawing the viewer into multi-dimensional layers extending beyond the borders of the lens and frame. Branches of trees silhouetted by mist, the wings of birds spanning the latitude of a walkway, a path seemingly frozen in time, yet distinctly familiar. Mist has been an important element in Achal Kumar’s photography, “Mist has its own graded depth, which gradually blurs the background, giving a new perspective to the ordinary which has been a perfect inspiration for me,” says the photographer.

His admiration and inspiration from the work of two maestros of the black and white idiom Ansel Adams and S Paul is evident in the nuances of his fine tuned selection. To me as an admirer of these two photographers Ansel Adams and S Paul, it was like seeing them both many steps forward with better technology and greater facilities.

When Achal tells me that S Paul was his senior and mentor, I completely understand where he is coming from. I ask about the Ansel Adams in his work he says, “of course, I have admired his style and somewhere the admiration does have a sub-conscious impact,” he says with candour.  The swirling mist in the mountains, the fresh new leaves, the rain clouds, bare branches, dappling light of the sun, birds in flight and on unusual perches all find place in his perspective. “In my early years I would often go trekking and hiking where the nature bug bit me and capturing the beauty of which became my life’s passion,” says Achal. He has chronicled the vagaries of the flora and fauna throuhout Northern India.

“To calm the senses and settle the rankling nerves I paint!

To experience and express ecstasy I paint!

To share the conduit between my inner cosmos and the universe before my eyes I paint!”

Ably mentored by senior and highly creative artist Naresh Kapuria, Chavi’s works are almost elemental in their sophistication and elegance. “Art has always been a conduit between my inner cosmos and the world I see. It has enabled otherwise indefinable emotions a voice in all possible tones. Through the inextricable entwining of colours and the canvas, I reflect my deepest thoughts, pondered on the shackles of the nature that constrain me and submerge in inspirations that fueled my passions. These sets of my non-figurative works allow me to be one with my deepest self, thereby connecting to the consciousness and get into the meditative zone, where I feel total liberation. The sight of a white canvas distorts gravity for me; I am pulled by it. Space and time settle in that blankness and I let myself flow in a play of gleaming colours,” says the charming artist.