The National Gallery of Modern Art has showcased the masterpieces of Upendra Maharathi, a great architect, artist, weaver and master craftsman. 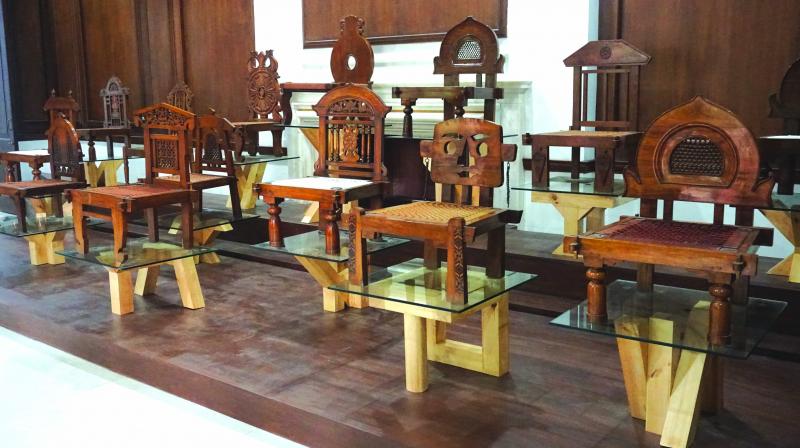 Maharathi, who died in 1981, was deeply moved by Buddhism and this has inspired his architectural practice to a great extent.

The newly-renovated Jaipur House and the symbol of National Gallery of Modern Art has displayed  the works of multifaceted Upendra Maharathi - a noted architect, artist, craftsman, weaver and designer who brought a new wave in Indian art.

Maharathi, who died in 1981, was deeply moved by Buddhism and this has inspired his architectural practice to a great extent.

The select retrospective, specially curated by Adwait Gadanayak, Director General, NGMA, showcases 1,000 works with a series of classical chairs that echo both tradition and modernism. Chairs that are made without nails, display amazing designs and modern technique. 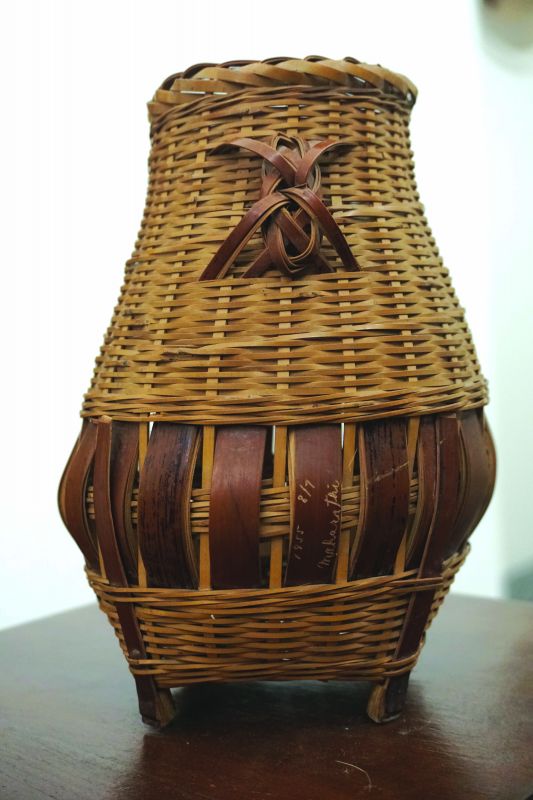 Gadanayak recalls, “When I visited Patna to celebrate 150th anniversary of Mahatma Gandhi, I was in awe seeing his work. Such precision and such talent can hardly be seen. We immediately decided to display the masterpieces here.”

As one enters the hall, one is left to gape with intrigue at the chaise lounge, which also doubles up as a bed. The wooden planks display the simplicity.

The panels at Bodh Gaya temple, designed by Maharathi are architectural wonders and so are the peace pagodas in Rajgir and Japan or even the Patna College of Art or Nalanda railway station.

Born on May 1908 in a village called Narendrapur in Orissa’s Puri district, Maharathi studied painting in the Calcutta School of Art during 1925 –31 under Percy Brown and M Dey. A gold-medalist in his work he has truly inspired millions. Bihar is no Bihar without his contribution. 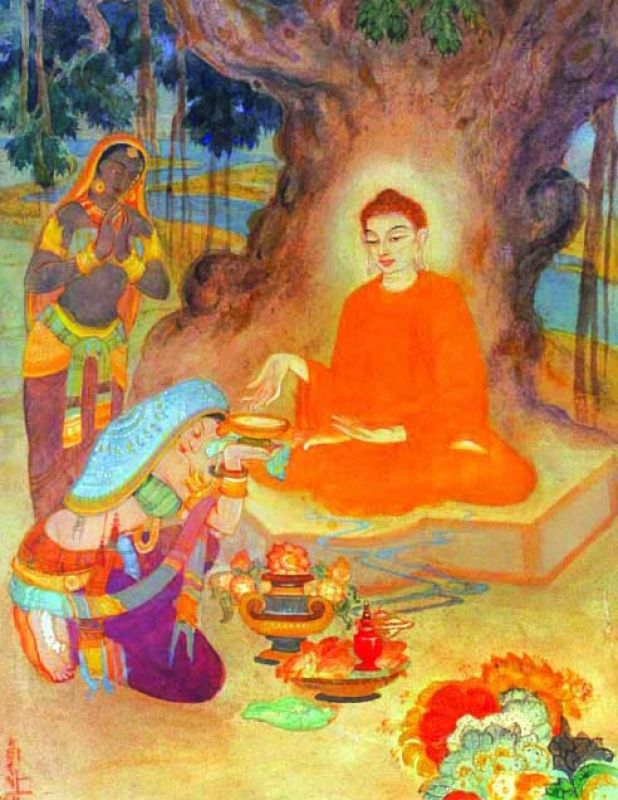 From 1933 to 1942 he advocated a literary-cultural revival as he worked in the publishing house, Pustak Bhandar, in Laharyasari, Darbhanga. In 1942, he was appointed a special designer in the Department of Industry, Bihar. In 1954, he visited Japan to attend the UNESCO International conference as Indian representative. He became skilled in ceramics, lacquer and metal works. In 1955, he founded the Institute of Industrial Designs with the purpose of encouraging and developing folk art and craft of Bihar. After his death, the Bihar Government named it as “Upendra Maharathi Reseach Institute”. In 1969, he was awarded Padamshree and in 1976 was nominated as a member of the Bihar Legislative Assembly.

As his daughter Mahashweta Maharathi recalls, “Those days it was greater Bengal and he travelled extensively throughout Chota Nagpur plateau painting and working with the tribes and observing their lifestyle.”

“He was not just an architect but a master craftsman and a weaver.”

“He strongly belied art is not just about fine art but much beyond,” she says.

His style of work is not just limited to one particular style. In fact unlike most, he has imbibed many styles- be it realism or spiritual abstraction in his work. His work interprets awakening be it the enlightened Buddha or the Shiva and Parvati. His
landscapes in Sumi ink are simply mesmerising, depicting a Japanese style.

He is known to have revived the cottage industry as a true Gandhian post independence and brought in new techniques for Bawan-booti (52 bootis) and Tanabana style of weaving.