15000 classic portraits were run through software by artist Pierre Fautrel and his team to generate the picture. 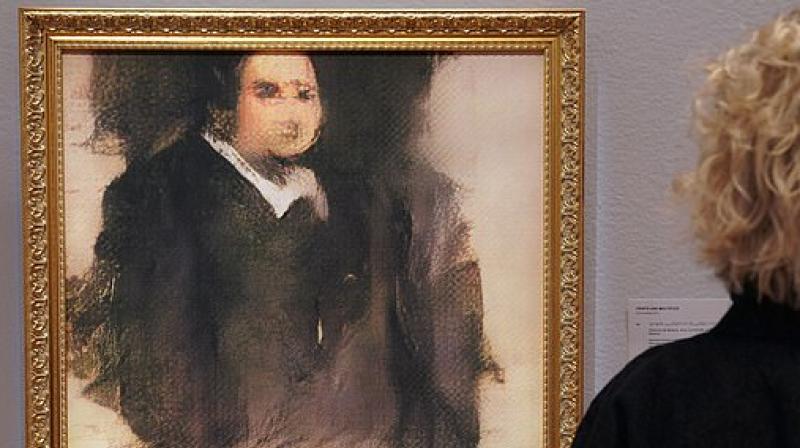 The signature on the painting is an algorithm that was actually used to create the artwork (Photo: AFP)

Technology has gradually become a part of almost every aspect of human life as it leaves a mark in different fields. While it has changed the way people interact, art is also seeing a transformation thanks to innovations like artificial intelligence.

In a possible indication of what the future of art will look like, a portrait painted by use of AI was sold for $432,500. The picture of a man in a dark frock coat and white collar is called the ‘Portrait of Edmond Belamy’.

The price went up dramatically after a five way bidding battle over phones and the winner chose to be anonymous. The signature on the painting is an algorithm that was actually used to create the artwork.

15000 classic portraits were run through software by artist Pierre Fautrel and his team to generate the picture. It understood rules of portraiture using a new algorithm developed by a Google researcher and created new images by itself.

11 portraits were selected and the one auctioned was among them. Fautrel insists that it is art since they decided to make it even if algorithm created it.