The oil painting, around two metres long and 4.2 metres wide, was unearthed in the Louvre Museum in Paris in 2016. 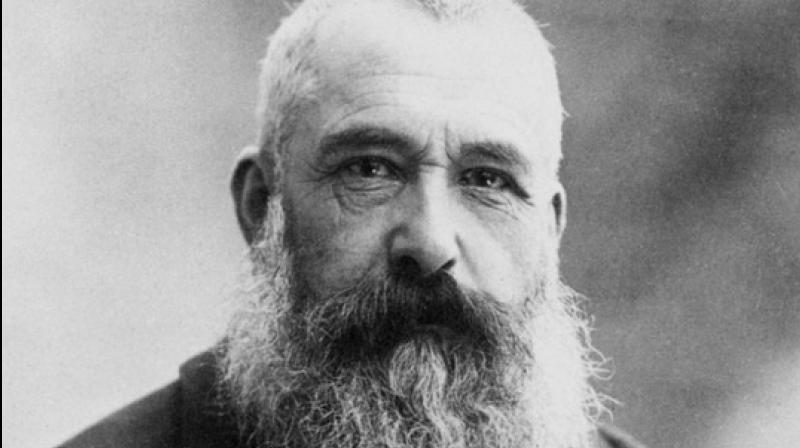 The painting had belonged to Kojiro Matsukata, a businessman who collected Western art between 1916 and 1927. (Photo: Pixabay)

A painting by French Impressionist master Claude Monet that belonged to a Japanese collector but was lost for decades after WWII is now back in Tokyo, a museum official said Tuesday.

The oil painting, around two metres long and 4.2 metres wide, was unearthed in the Louvre Museum in Paris in 2016 but the discovery had not been made public until now.

"The painting was recently returned" to the National Museum of Western Art in the Japanese capital, a spokeswoman told AFP.

The painting -- entitled "Water Lilies: Reflections of a Willow Tree" -- is dated 1916 and depicts bright flowers floating on a lake.

The museum said it was a study painting for his famous series "Water Lilies" but the work is severely damaged with half of it destroyed.

It will be necessary to restore the canvas "with extreme care", the museum said in a statement.

"But the remaining painting is still very large. It has the potential to show Monet's wonderful work if handled with the proper care," it said.

The painting had belonged to Kojiro Matsukata, a businessman who collected Western art between 1916 and 1927 with the proceeds amassed from a shipbuilding fortune.

It is said Matsukata directly purchased the piece from Monet at his atelier in 1921, according to the museum.

His art collections including the painting were moved to Paris for safekeeping during WWII and later requisitioned by the French government at the end of the war as enemy property.

In 1959, the French government returned to Japan the majority of 400 pieces in the Matsukata collection.

"The existence of the painting might have been forgotten given the tremendous damage caused by bad storage conditions during the war," the Tokyo museum said.

The museum plans to show the painting to the public in June 2019 following restoration work.