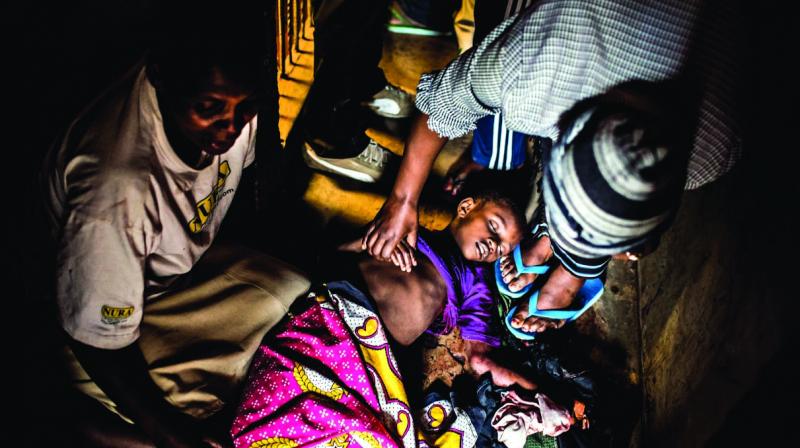 A photograph is worth a thousand words, so we are taught in the newsroom. Using images to communicate the news, photo has often shaped the way we have viewed the world since the mid-19th century. And a photojournalist is a visual storyteller who communicates events in a way no other media can. 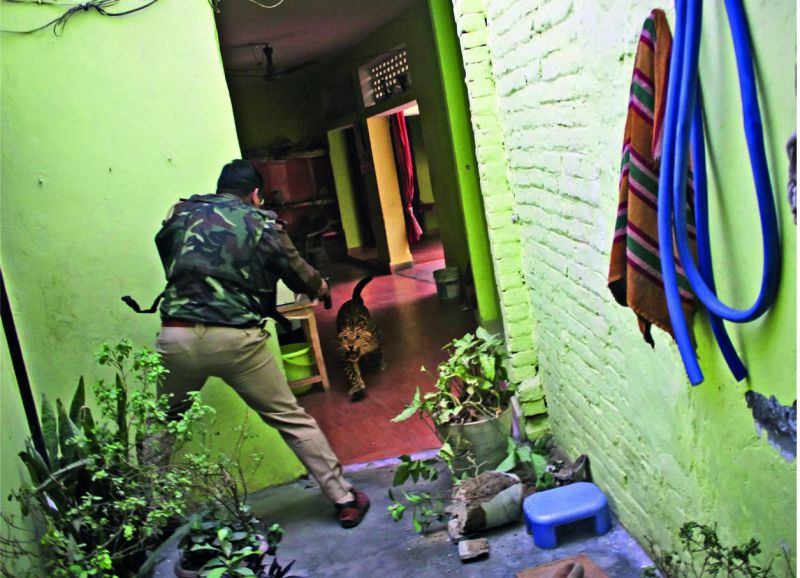 They were invited to Moscow for the award ceremony where Russian Prime Minister Dimitri Medvedev felicitated the winners with awards.

The exhibition, organised by Russian International News Agency, Sputnik, will run through February 28 in the capital. Over 70 photographs from all over the world are on display, including from Russia, Spain, Italy, South Africa and Iraq. The preview of the exhibition was held at the UN Headquarters on November 2, on the International Day to End Impunity for Crimes Against Journalists. The exhibition then toured worldwide, and has been in Brussels, Beirut, Buenos Aires and Tel Aviv, among other cities. This is the first time the selected entries have been exhibited in India.

For Moulick, who won the third prize in the sports’ category, said that the award was a major morale booster for him. Giving a background of his award-winning photograph of a street-wrestling match at Kolkata’s Bada Bazaar area, he said that he didn’t expect that his photograph would receive the laudatory reception that it went on to receive. 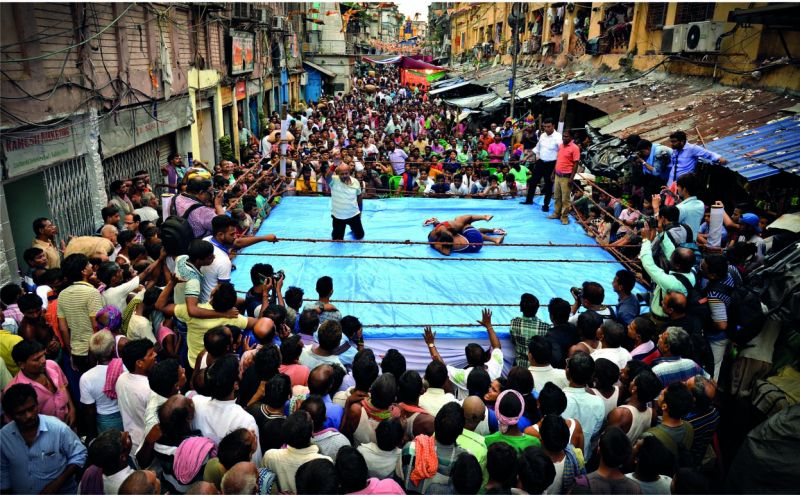 According to Ajay Kumar photojournalism allows him to have a sense of adventure while meeting new people and capturing unusual photographs that tell a story without a caption. His photograph captured a policeman aiming at a stray leopard in Lucknow moments before he shot dead the wild animal. The still shows the leopard growling at the policeman, who is aiming a gun at him.

The photograph is captioned "I could hear the leopard crying in pain after it was shot." Kumar, who admits to being scared in the moment, captured it feets away from the leopard.

The two-gallery exhibition was inaugurated by Anatoly Kargapolov, Charge d'Affairs of Russia in India, along with several noted names from the media and arts. It will run till February 28 at the AIFACS gallery here.

“India with its long-rooted traditions of journalism has much in store to contribute to the world in upholding the spirit of freedom of speech,” said, Anatoly Kargapolov

The 2019 edition of the Photo Contest is accepting entries from photojournalists aged between 18 and 33, till February 28. Details can be found on stenincontest.com. In 2018, over 6,000 entries from 77 countries were submitted to the contest.

The categories are Sports, Top News, Portrait, My Planet and a new addition from 2019: Inspiration.

The objective of the contest is to promote young photographers and draw public attention to the challenges of modern photojournalism.

Alexander Shtol, director of photography, Rossiya Segodnya said, “We are proud to announce that the exhibition has finally reached India and we look forward to more young and creative photographers to participate in the contest in the coming years.”

“From the beginning of this year, this is already our 12th exposition, if we count Moscow. We plan to visit several more cities in the future: Berlin, Tokyo and Budapest will definitely be among them,” Oksana Oleinik, the curator of the photo contest and the head of the Visual Projects Service of the Rossiya Segodnya United Photo Information Directorate, told Sputnik.

The curator also commended the level of attention that the exhibition has so far received in India and noted that many high-ranking guests were in attendance at the opening.

For Anna from Ecuador, one of the visitors,  “Every selected photograph in display here tells a story in itself. We feel part of the frame. It’s a treat to watch them.”

The annual contest is Russia's only platform for discovering young photojournalists, and is named after late Russian military photojournalist Andrei Stenin, who died on assignment in Ukraine in 2014, when he was only 34.

The exhibition saw the presence of eminent personalities from media, art, and diplomatic circle.